In the days before flight management systems and flight directors, knowing how to efficiently intercept a course the first time and every time was the coin of the instrument pilot realm. These days most pilots let the box do the heavy lifting. Knowing how it is done, however, keeps you a step ahead of the airplane and can prevent a bad situation when the box is programmed incorrectly, or is simply wrong.

This is one of my stories from long ago, but it teaches the concepts . . . 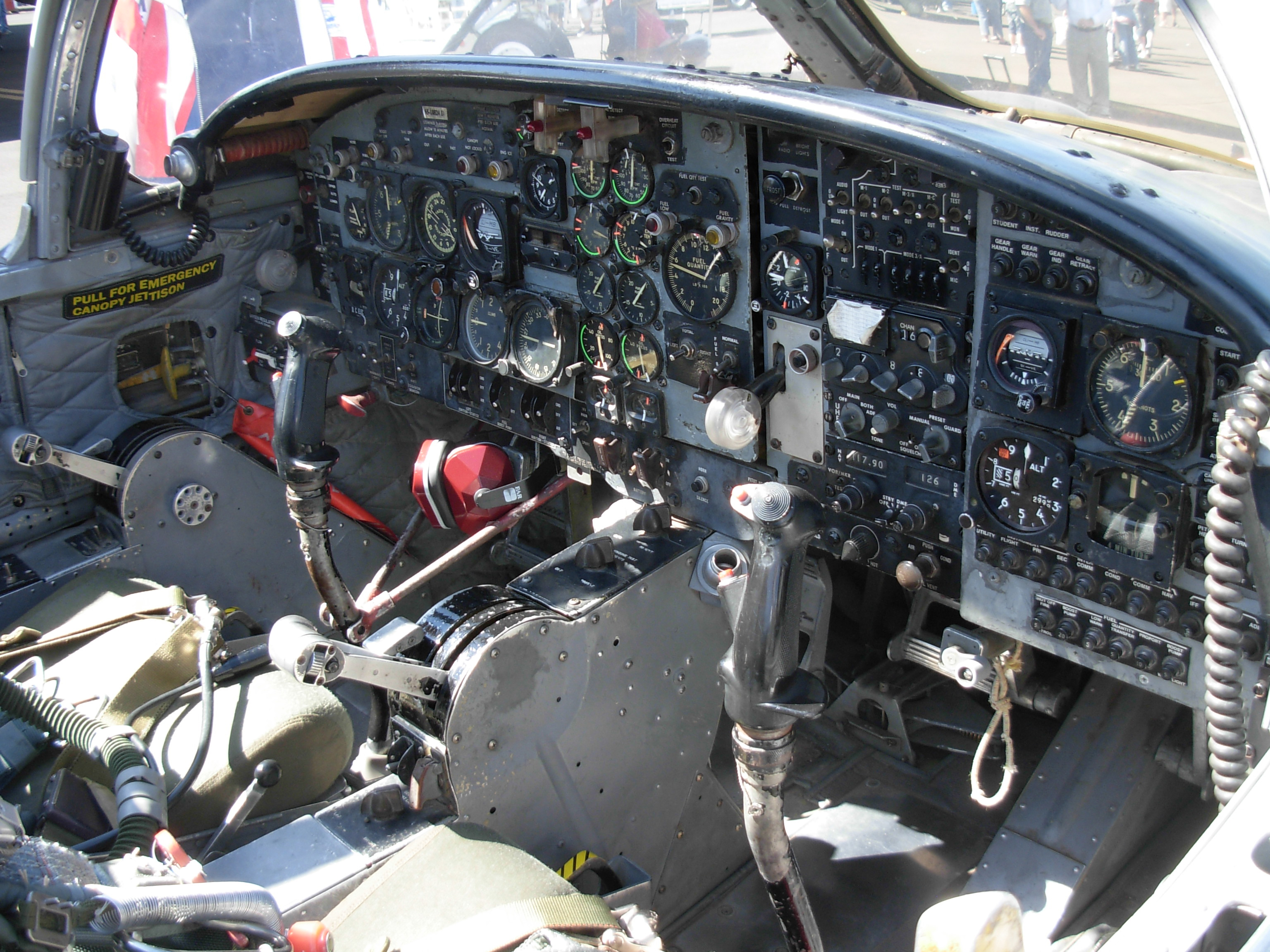 “Grnnch!” I heard from the right seat, the evaluator charged with making sure I knew what I was doing during my mid-phase check ride, the first flight evaluation of many to come. We were both strapped into our ejection seats and tethered together via our own oxygen masks and a common interphone system. I could hear his every breath, grunt, and sigh. He was grunting as I pulled into my first loop.

It was a good loop, I hit the speeds exactly and the G-forces were right out of the text book. So far the check ride was going quite well.

“Okay,” he said, “let me have the airplane for a bit.” I released the controls and he rolled and stood the airplane on its right wing and let the nose fall. As the nose reached its nadir he pulled out of the dive and pointed the nose to the sun, all in one continuous motion. I watched as the airspeed bled from over 250 to 200, to 150, to 100, to 50, to 0, to less than zero. The wings, with no air flow, failed to grab the molecules they needed for lift and the nose plunged unevenly into a yaw-contorted stall. The aircraft wrapped itself into a spin and after the first rotation, the nose tracing a spiral from way up to way down, the evaluator took his hands off the controls and said, simply, “recover.”

I pulled the throttles to idle and centered the stick and rudder. I then pulled the stick sharply back to its aft stop, and watched the earth rotate below me. We were spinning left and a quick look at the turn needle confirmed that. Satisfied, I stomped on the right rudder and counted the rotation. After one complete turn I threw the stick full forward and watched as the spin suddenly stopped. At this point I recovered from the dive.

“Not Roger, not Sal,” I heard from the right seat, perhaps sotto voce.

“Nothing,” he said in a normal volume, “that was excellent. Let me see another loop. But this time, show me some finesse. Just because the book says it takes three and one-half G’s doesn’t mean you need those G’s instantaneously. Show me you can fly a loop with some style.”

I flew another loop, trying to build the G forces more gradually. To my surprise, I ended up with more speed at the top of the loop and it worked out better than any before it.

We did so and in the end he passed me with a “Good” on the grade sheet. That was not as good as an “Excellent,” but certainly better than a “Fair” or an “Unsatisfactory.” There were congratulations all around the flight room and I pondered my promotion into the next phase while still wondering what “Not Roger, not Sal” meant.

Roger, my table mate, was the smartest guy in the class. He got every test question right and he grasped every classroom lesson before anyone else. I wanted to be like him. He was also a second lieutenant and also an engineer by education. But he looked the part. He was an uber geek in the days before that was stylish. Before we hit the flight line I was betting he would be leading the pack.

Salvatore, on the other hand, did not exude intelligence. He barely passed every test. “If the minimum wasn’t good enough,” he would say not caring a whit, “it wouldn’t be the minimum.” If an instructor ever asked him a question in class, perhaps they didn’t know better, Sal’s answer was invariably, “I dunno.” What Sal had, though, was charisma. Everybody liked Sal. He was funny and you couldn’t help hoping he would join your table at the bar. When he came back from a flight after a botched maneuver, he would give us all the play-by-play.

“I was watching the spin, counting the rotations,” he said with his loud, booming voice, “but the instructor didn’t say recover. Are we playing chicken here? I started to wonder about that and by the time he said recover, I forgot which way we were spinning.” We howled as one, knowing we had all feared that very situation. Perhaps some had been there. “So I pushed the wrong rudder! Next thing you know, we are spinning upside-down!”

Sal had gotten himself into the dreaded inverted spin and was bragging about it. You had to love Sal.

There is a Yin and Yang about military flying, no doubt about it. You had to have intelligence, discipline, and stick-and-rudder skills. But you needed something else too. You need a balls-to-the-wall, devil may care, blood thirsty aggressiveness. You had to have a confidence that made up for all short comings. Your Sal had to overpower your Roger.

I liked Sal, I idolized Roger.

During our mid-phase check rides we were on morning flight rotations. We spent the morning flying and the afternoons in class. On Monday we were greeted with yet another pilot training memory aid that served more to confuse than to explain. 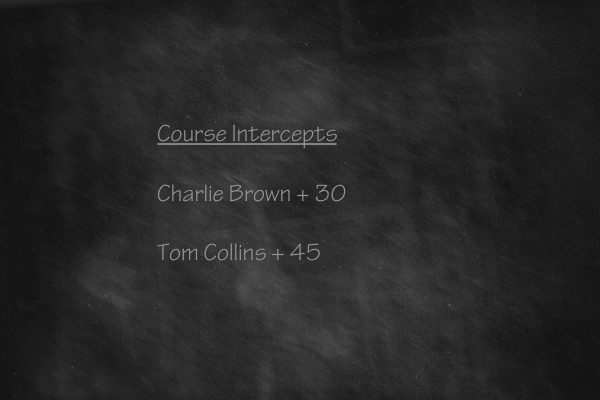 “Okay boys and girls,” the instructor said to our group of male only studs, “write this down and commit it to memory.” I scribbled dutifully.

To a fledgling pilot with zero instrument time, the idea of a course intercept is daunting. It is a vital skill basic to all instrument flight, however, and must be mastered. I wasn’t mastering anything until Roger drew a few pictures. As it turns out, they were worth a thousand words.

If flying a 360° heading south of a 090° course, you would obviously want to turn right. 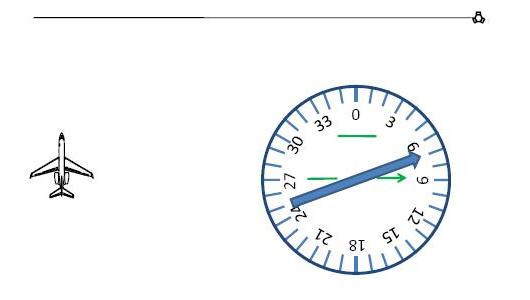 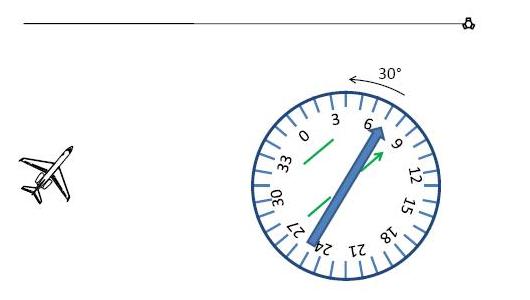 From this point you wait until the bearing pointer falls to the desired course and turn to join. Simple.

“The head always falls,” Roger said, waiting for me to laugh. “get it?”

I finally got it. I guess when you had been locked up in a mostly boys school for four years, this kind of stuff was hilarious.

So too with an outbound example. If you are due west of a 360 degree course flying a parallel heading, you need to turn right. How far right? 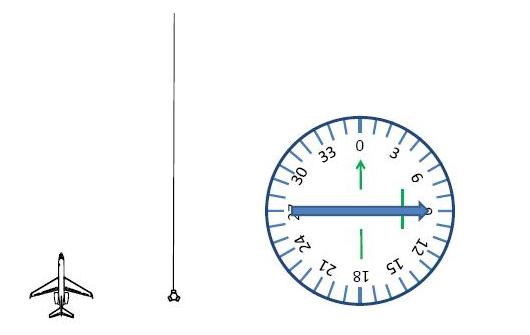 The rule says to place the Tail of the bearing pointer on the far side of the desired Course and fly a 045° offset. 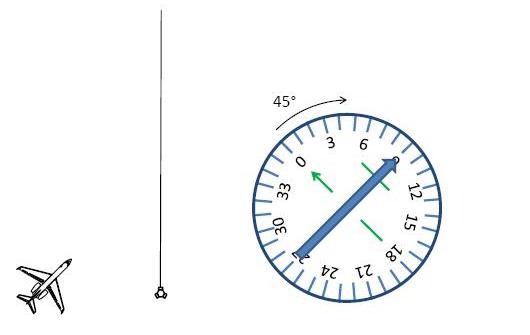 From this point the tail will eventually rise to the 360° course and you can turn left to join. 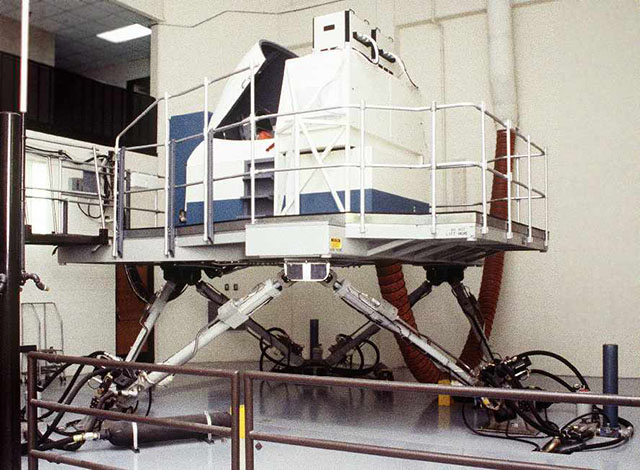 Before the week was out I had the concepts down and headed for the simulator where everything was set in stone. Since I was done with the mid-phase check ride, I spent most of the week in the simulator, which made class easier which then made the simulator easy. Another Yin and Yang kind of thing, not Roger not Sal.

Sal passed his mid-phase on Thursday and on Friday I saw him at the simulator. “How’s it going?” I asked.

“Sure,” I said, “I was going to see if I could drag Roger over for a change.”

I couldn’t find Roger but showed up where a good portion of the flight was already celebrating. The mood was light and we wore the added confidence of meeting another milestone on our ways to our wings. As usual, the party didn’t really start until Sal showed up. You couldn’t help feeling good just talking to him. There was joy in his every syllable and even bad news prompted a grin. The mood of any room improved when Sal showed up. I started wanting to be like Sal.

Not Roger, not Sal.

The next week Roger was gone. My instructor told me, for the first time, that Roger couldn’t think faster than the airplane could fly and while he knew his stuff, he couldn’t execute. He was the last in our flight to solo and the last to be put up for the mid-phase check ride. That check ride would be his last flight as an Air Force pilot. I finally had to ask.

“What does it mean when somebody says ‘Not Roger, not Sal?’”

He was surprised by the question but then he finally answered. It seems all our instructors recognized that Roger was very smart but not quick. They too recognized that Sal was a natural pilot, but too lazy to study. ‘Not Roger, not Sal’ was actually a compliment of sorts.

It was a Yin and Yang kind of thing. Not Roger, not Sal. Charlie Brown, Tom Collins.

“Because that’s the way it works,” the instructor said.

Pilot training was to be a year filled with these explanations. “If you think too much about it,” the learned instructors would say, “you will only confuse yourself.” I thought a little geometry would help solidify the rationale and help me always remember which rule applies to which — inbound or outbound — situation.

Going inbound, simply put, the rate of change in distance covered increases and it becomes easier to intercept. Thirty degrees is an ample offset.

Going outbound, the rate of change in distance covered decreases and it becomes harder to intercept. A larger offset is needed.

Two months later, flying a T-38, Charlie Brown and Tom Collins became academic discussion points and little more. The T-38 had a flight director, a computer that did all this thinking for us and presented us with a visual clue and what to do. Two cross hairs showed up on the attitude indicator giving bank and pitch cues. Life was becoming simpler. 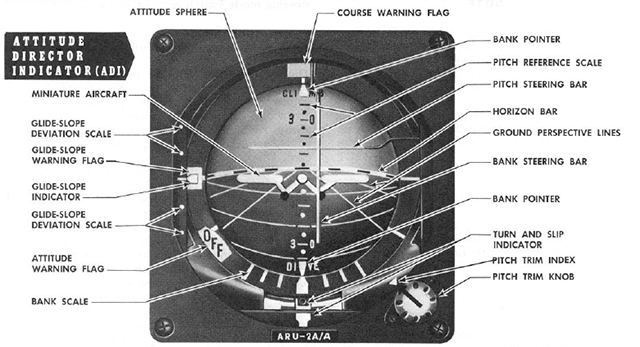 In the early Boeing 747, a capture had to be started by the pilot by getting the aircraft pointed within 90 degrees of the course. The GV was smarter than this, but not by much. Quite often we would be given a clearance to a new course, and the airplane would initially turn in the wrong direction.

“California is that way,” the other pilot would say pointing to the left as the aircraft turned right. Not Roger, not Sal. After a hesitation, almost as if listening to the complaint, the aircraft would reverse direction. The aircraft manual called this the “smooth capture.” The navigation computer had in its mind the best way to smoothly capture the new course. It seemed to me that if it couldn’t make the situation at hand work, it would alter the situation. 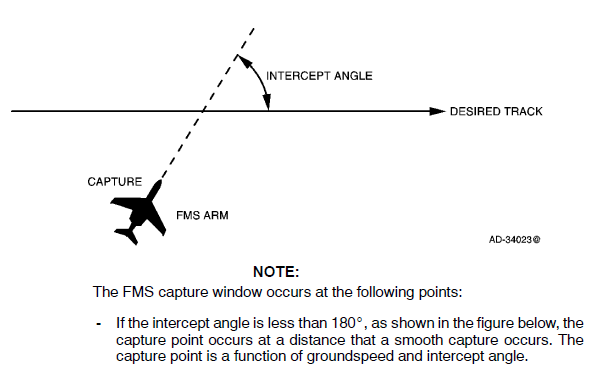 After a while we would simply anticipate the wrong direction turn and override it. Charlie Brown, it would seem, is still pretty smart.