A few of mine

I've always enjoyed flight instruction so it is no wonder most of my books have an aviation angle to them. 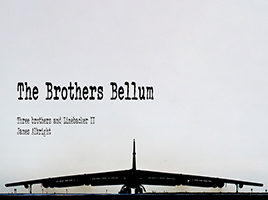 A fictionalized account of Linebacker II, the last aerial bombing campaign of the Vietnam War. Three brothers — a bomber crewmember, a SAC staff officer, and a war protester — have firm convictions about the war, but have those beliefs challenged to the core. 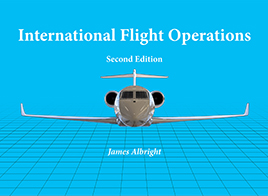 The most comprehensive book available today about how to fly internationally. It is filled with quotes from the pertinent international regulations as well as the tips and techniques learned from a career of flying all over the world. 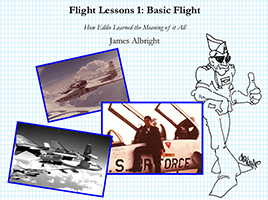 We follow Eddie Haskel from his Air Force ROTC entry exam, through college, onto pilot training, and his first Air Force operational assignment. Eddie earns his engineering degree at Purdue University and his Air Force pilot wings. But he is still searching for the meaning of it all. 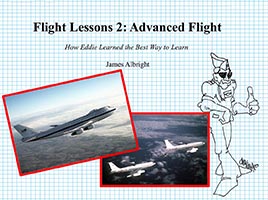 Eddie gets assigned to a VIP squadron in Hawaii and upgrades from copilot, to aircraft commander, to instructor pilot, to flight examiner. And then he repeats the process in his next assignment, flying Boeing 747s. Along the way, he learns how to learn. And that was the best lesson of all. 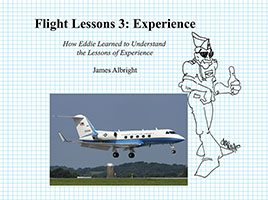 Eddie flies for the 89th Airlift Wing at Andrews Air Force Base, supporting the White House and other members of the U.S. government. The 89th believes in "Experto Crede," which they say means "trust one with experience." But how valuable is experience? 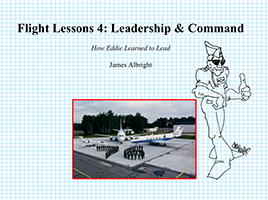 Eddie takes command of a flying squadron in a dysfunctional wing that proves to be a good laboratory for examining leadership styles. 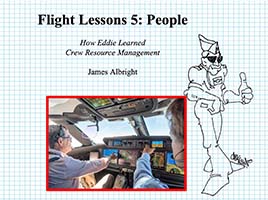 From turning civilian to retirement, Eddie learns how CRM changes when dealing with people outside the military environment.