We in business aviation have a different view about the privacy of our aircraft and passengers than does the public at large because we recognize privacy as being closely linked to security. We would like to perfectly buffer our passengers’ identities from being associated with aircraft registration numbers, but recognize that anyone on a public airport ramp can rob us of the anonymity. The battle, therefore, is one of minimizing the damage. 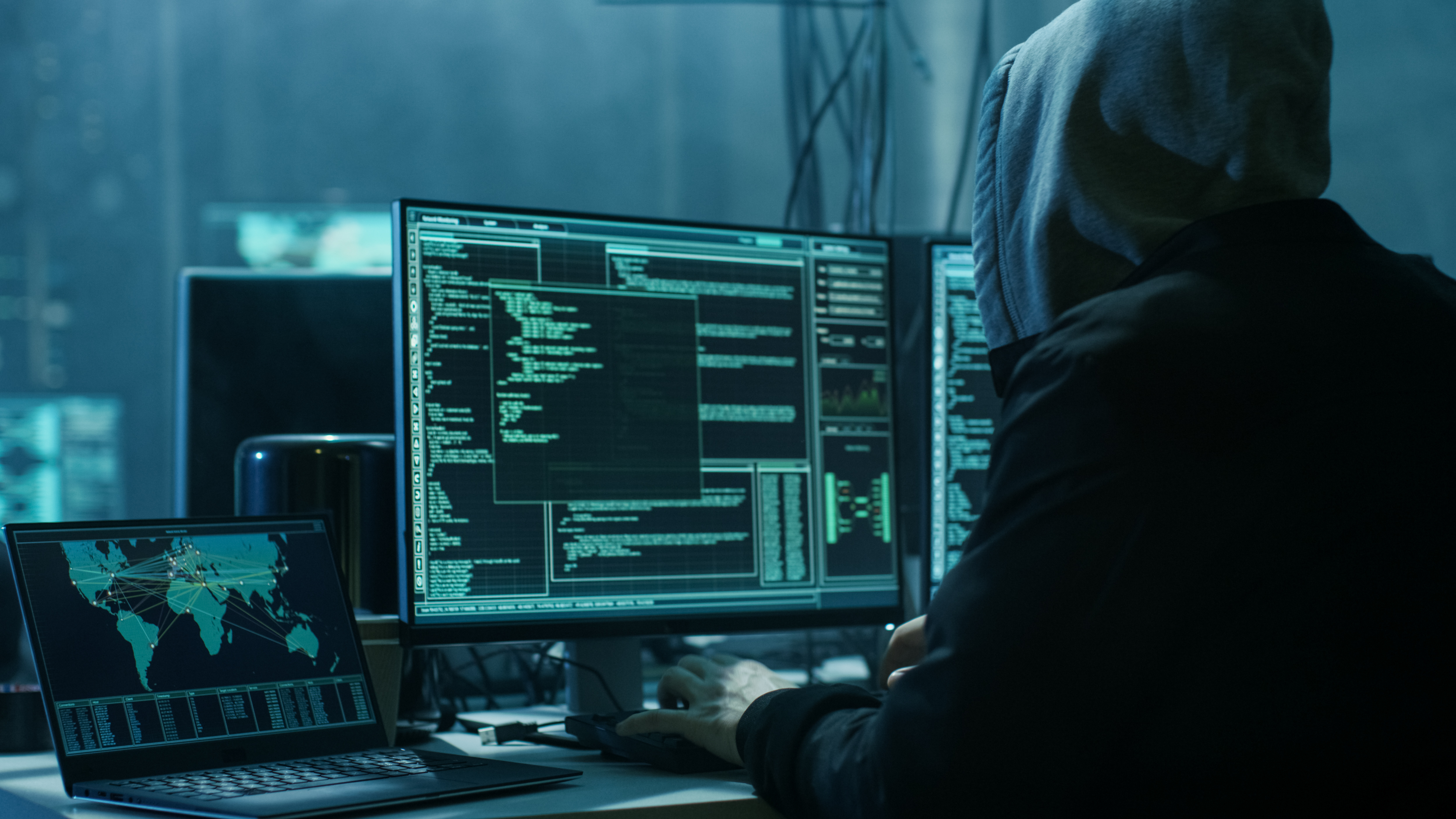 How do we prevent everyone from the paparazzi to persons of possible ill intent from tracking our aircraft’s movement? Not too long ago we did this by using clever aircraft ownership trusts, Limited Liability Companies, or other legal entities to distance an owner from the N-number. We used third party call signs and the Limiting Aircraft Data Displayed (LADD) program to disguise the aircraft’s air traffic control signature or to limit distribution of the aircraft’s data to inquiring minds. These methods were effective, but everything changed with the advent of Automatic Dependent Surveillance-Broadcast (ADS-B). Now any interested party, from innocent to evil, can track your aircraft despite these countermeasures. It seems the battle has been lost.

3 — A Plan to optimize our electronic anonymity in the U.S.

5 — The solution has Flaws, but there is more you can do 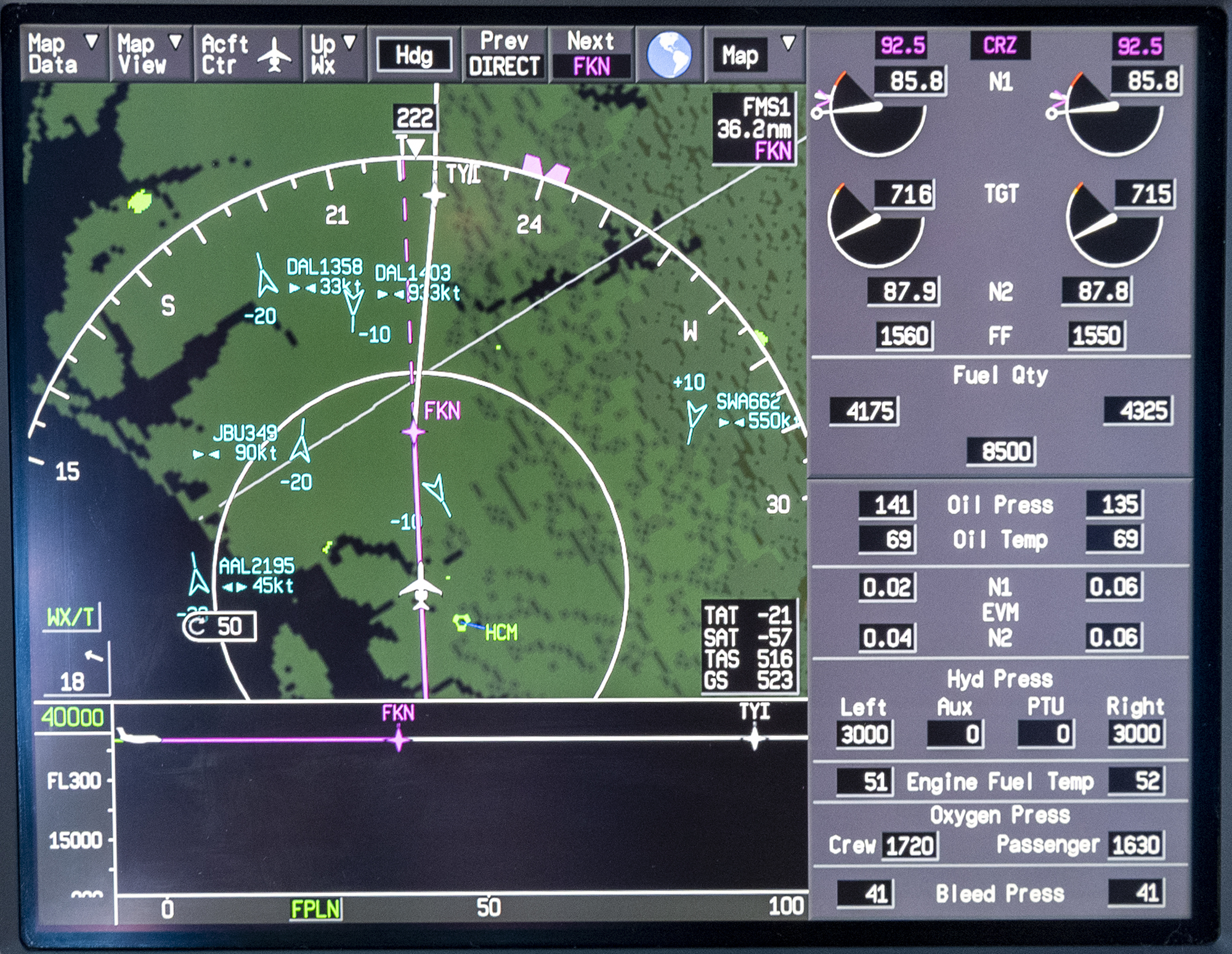 ADS-B is automatic, in that no input from the pilot or ground stations is needed; it broadcasts the aircraft’s position to anyone who has the technology to receive it. It is dependent, in that it uses aircraft sensors, typically GPS, to determine the position. It is a surveillance technology, akin to air traffic control radar, except it is far more accurate. In sum, ADS-B provides air traffic control a better way of sorting and separating aircraft. It has become mandatory in various parts of the world for various segments of aviation. In the United States, if you are in areas requiring a transponder, you also need ADS-B “Out.”

You may have heard the terms “ADS-B In” and “ADS-B Out.” ADS-B Out aircraft broadcast ADS-B information. Aircraft can also be equipped for ADS-B In, making them capable of spotting other aircraft and showing aircraft trend information.

There are two key takeaways about ADS-B for the purpose of ensuring privacy. First, ADS-B on aircraft is less expensive than blanketing the earth with radar stations. Second, it is far more accurate, greatly enhancing traffic separation. The world is not about to give up ADS-B and we are going to have to deal with that. Learning to deal with it requires we understand just how aircraft are addressed in a modern age.

More about this: ADS-B In and ADS-B Out. 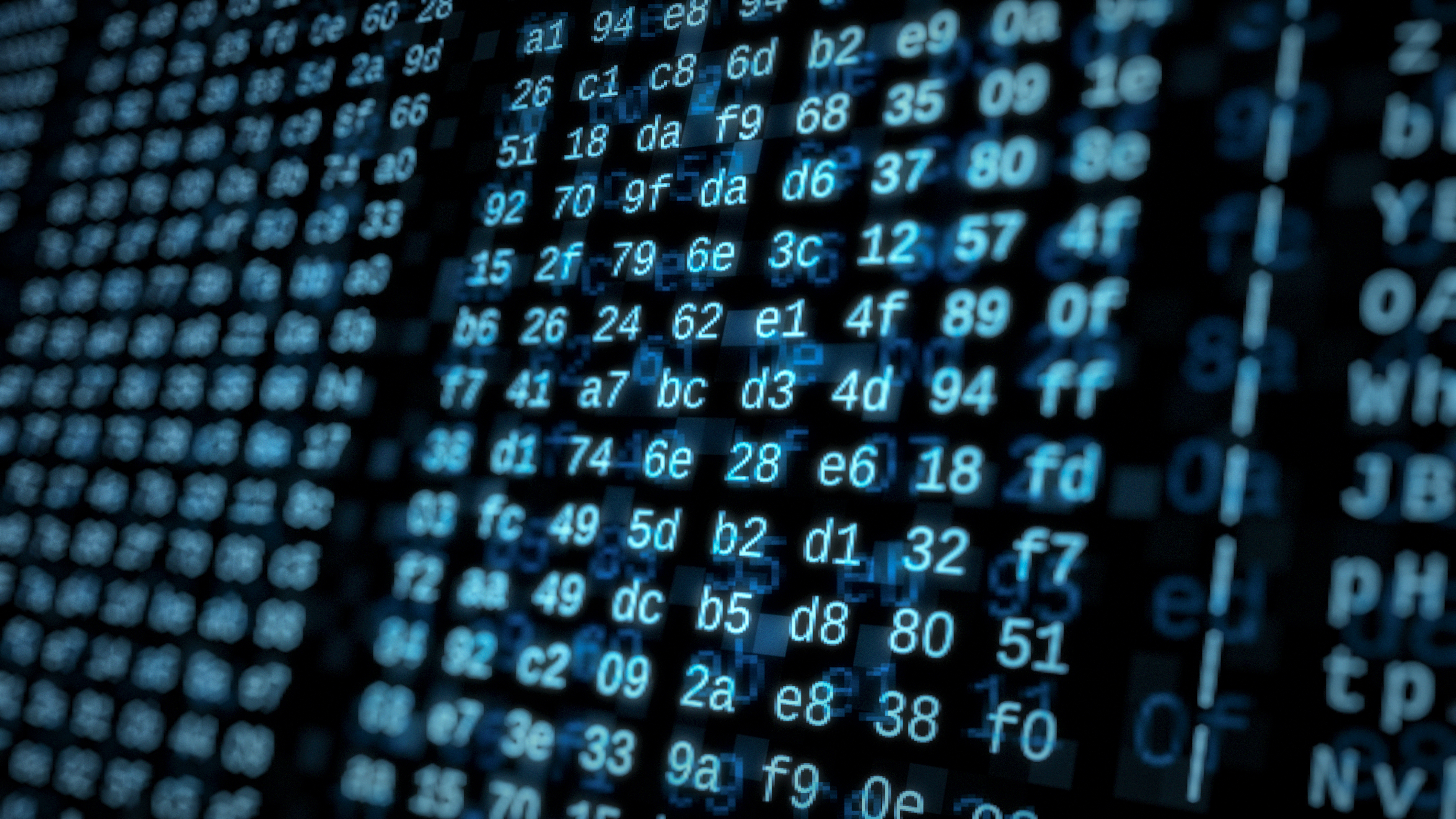 Mode S equipped aircraft are assigned a unique International Civil Aviation Organization (ICAO) address, which appears in hexadecimal format. Hexadecimal is a base 16 version of the base 10 number system. You count from zero to fifteen as follows: 0, 1, 2, 3, 4, 5, 6, 7, 8, 9, A, B, C, D, E, F. The FAA owns a Learjet registered as N59 with the hex code A79B0D. Every registered aircraft has a hex code and you can find it at registry.faa.gov. Given this code, you have what you need to find any aircraft, including those belonging to the FAA, using any of the commonly available ADS-B trackers. (Just type “ADS-B tracker” into your Internet search engine.)

A Plan to optimize our electronic anonymity in the U.S.

The FAA recognizes the privacy issue of having anyone with an Internet connection being able to track an N-registered aircraft and initiated the Privacy ICAO Aircraft Address (PIA) program at https://www.faa.gov/air_traffic/technology/equipadsb/privacy. The program’s administrator, Mr. Jamal Wilson, suggests the following steps to improve your aircraft’s privacy.

The fourth step can be easier for some aircraft than others. The FAA can assign you an alternate 24-bit code to fool flight trackers to seeing a different registration number. The program is available at: https://www.faa.gov/air_traffic/technology/equipadsb/privacy. This will only work in the United States, and you will have to go back to your original 24-bit code when flying internationally. Changing your code is known as “restrapping.” Restrapping is an old term and that portends more trouble for older aircraft than new. 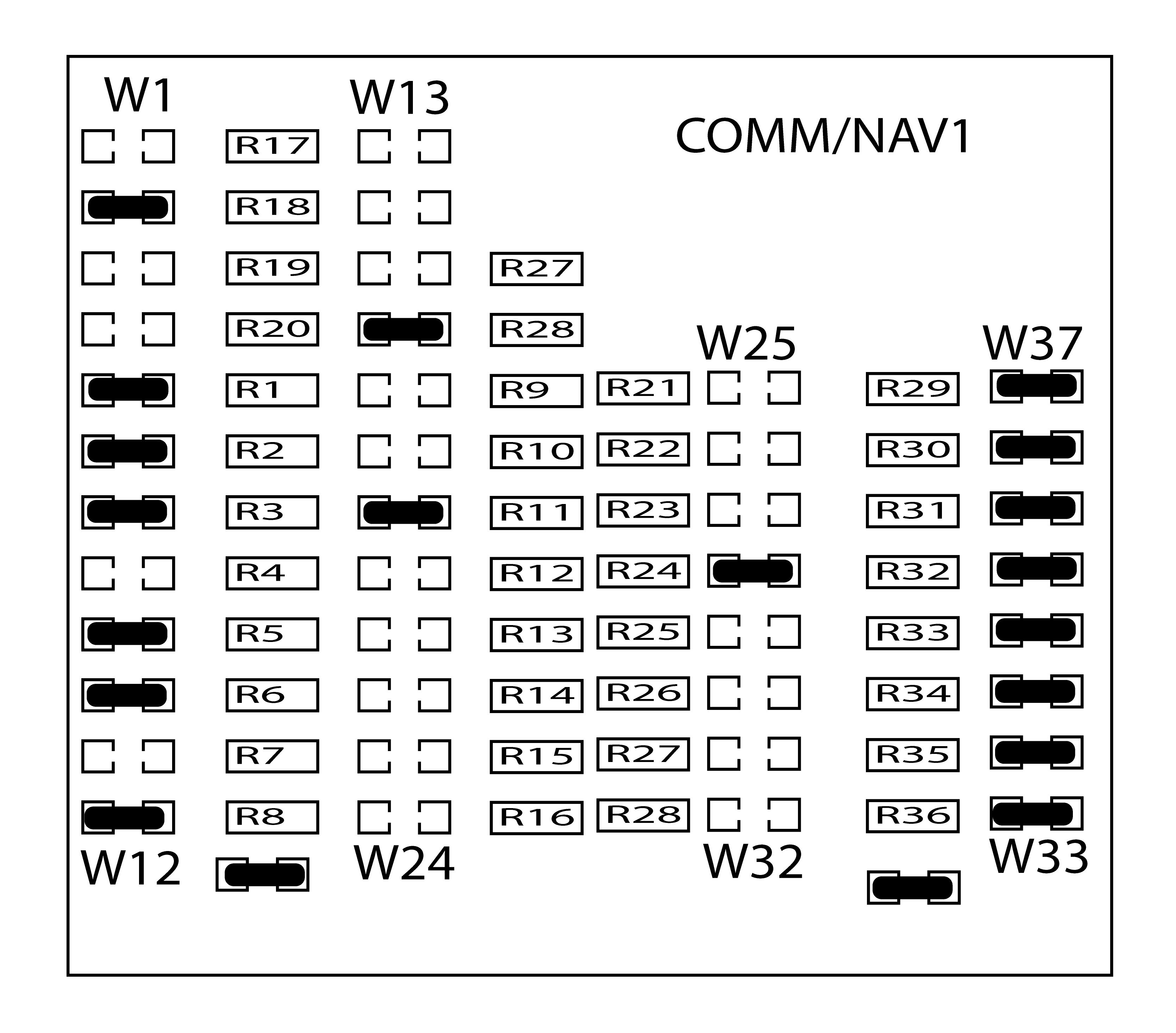 The term “restrapping” comes from the days where electronic circuits were customized by placing straps of wires between connectors or cutting the straps between others. A code could be set, for example, by cutting only the unneeded circuits, allowing the others to remain connected. This can be a time-consuming process. In other aircraft, there are no straps to cut, only connectors to remove and replace. This is still not easy since you have to gain access to the electrical components. In one aircraft from my past, this involved removing parts of the cockpit floor. The latest generation of aircraft have replaced the hardware with software. In my Gulfstream GVII, for example, it involves having the manufacturer recode the pertinent software and having that uploaded to the aircraft.

You might wonder what will stop anyone interested in tracking you from filing a Freedom of Information Act (FOIA) request to discover your new code. This happened when the program started, but the FAA released the requested codes to the FOIA requestors only after assigning a new hex code. The number of requests dropped dramatically as a result.

The solution has Flaws, but there is more you can do

These steps will effectively increase the difficulty of tracking your aircraft using electronic means, but it is far from perfect. Restrapping your hex code isn’t as easy as typing it in from a cockpit display and the code will have to change back when flying internationally. (The ICAO is being lobbied to adopt this or other measures, but they haven’t budged yet.) Nothing stops anyone from spotting your passengers on the ramp and uploading that to social media. But as with many things in the privacy and security arenas, there are a variety of countermeasures. To name just a few: don’t broadcast passenger names on the radio, safeguard printed materials, use only trusted ground transportation, and pick airports and FBOs where your visibility can be minimized.