I have to admit that I went many years just saying something like, "we will be looking for the malzers and papee on the left, if we don't see them we'll be going missed . . ." but I didn't really appreciate what those malzers or alsaffs were. Then someone in our 747 squadron came inches away from landing on the wrong runway and we all got serious about this stuff. So here is a description of most of the systems you are going to see out there and a few photos.

I drew the diagrams based on descriptions in FAA Order JO 6850.2B Visual Guidance Lighting Systems, which contain diagrams of much greater detail. The drawings here are presented as a pilot's guide as to what should appear when looking forward from row one of the airplane.

1 — Why knowing the lights is important

Why knowing the lights is important 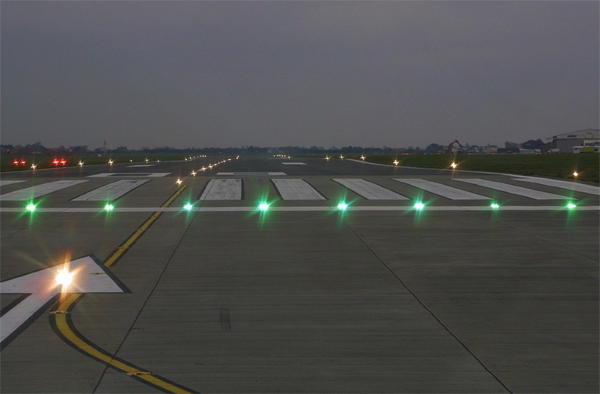 A row of green lights on 5 foot centers extending across the runway threshold and outwards a distance of approximately 45 feet from the runway edges. Caution: Can be up to 10 feet from the landing surface without a waiver. 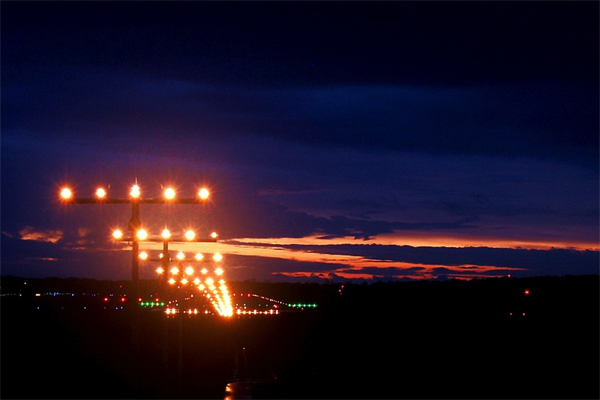 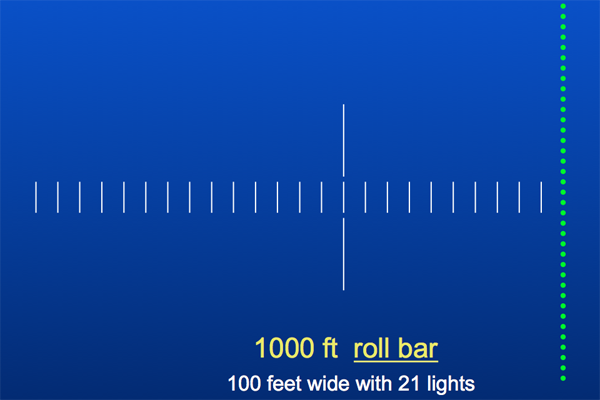 Two additional light bars are placed outside of the centerline light at 1000". Each additional bar would have 8 lights, giving a total of 21 (8+8+5).

The centerline lights are useful for runway alignment but can be misleading absent any other cues. The roll bar provides the third dimension. 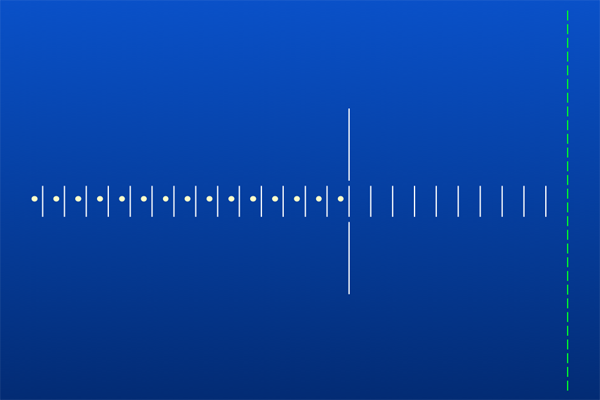 Sequenced flashing lights flash in sequence toward the threshold at a rate of twice per second and terminate at the 1,000 foot roll bar. 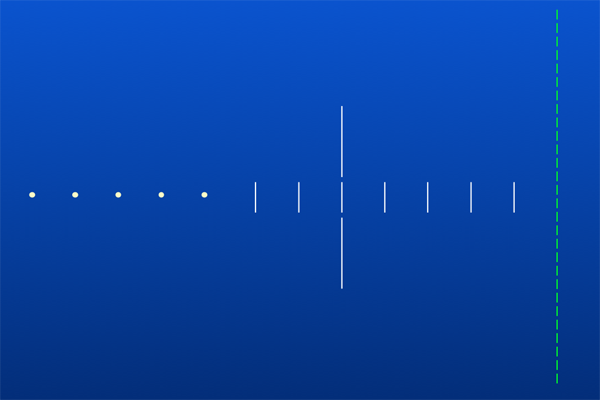 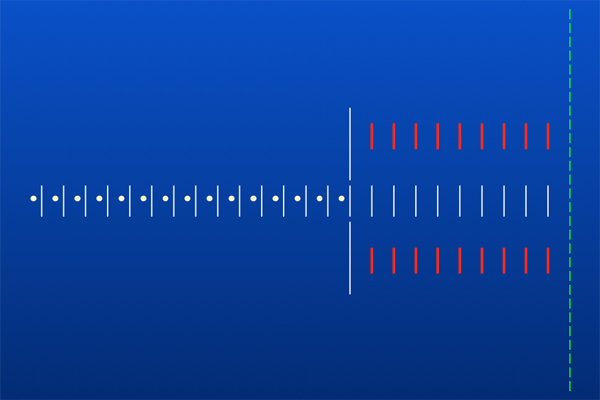 Side row bars are three red lights each on either side of centerline and begin at 1,000 feet remaining. 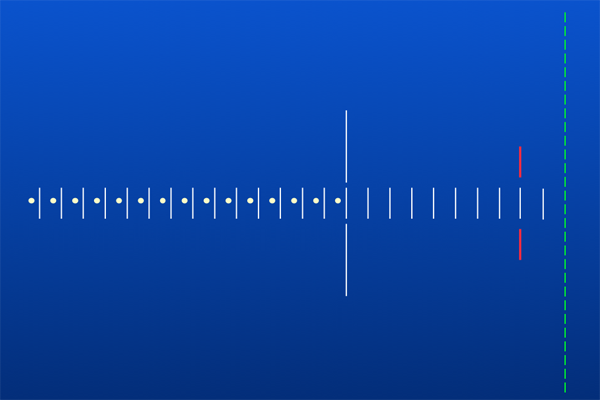 The termination bar is 50 feet wide with 11 red lights either side of centerline and 200 feet from the end.

Operation below DA/ DH or MDA. Except as provided in paragraph (l) of this section, where a DA/DH or MDA is applicable, no pilot may operate an aircraft, except a military aircraft of the United States, below the authorized MDA or continue an approach below the authorized DA/DH unless—

(1) The aircraft is continuously in a position from which a descent to a landing on the intended runway can be made at a normal rate of descent using normal maneuvers, and for operations conducted under part 121 or part 135 unless that descent rate will allow touchdown to occur within the touchdown zone of the runway of intended landing;

(2) The flight visibility is not less than the visibility prescribed in the standard instrument approach being used; and

(3) Except for a Category II or Category III approach where any necessary visual reference requirements are specified by the Administrator, at least one of the following visual references for the intended runway is distinctly visible and identifiable to the pilot:

(i) The approach light system, except that the pilot may not descend below 100 feet above the touchdown zone elevation using the approach lights as a reference unless the red terminating bars or the red side row bars are also distinctly visible and identifiable.

If you are descending below 100 feet based on the approach lights, you must either see the red terminating bars or the side row lights. In other words, if you do not see either set of red lights you must see the runway itself. 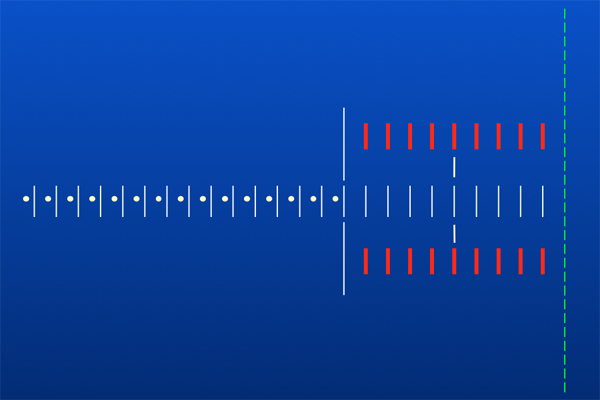 With weather at minumums for a Category II ILS, 1200 RVR, you might lose sight of the 1000' roll bar underneath the nose of the aircraft before you can see the threshold lights (which can also function as a roll bar). The 500' roll bar bridges that gap so that you should always have at lest one roll bar in sight. The 500 foot roll bars are one additional bar each side of the 500' centerline bar with 4 lights each. 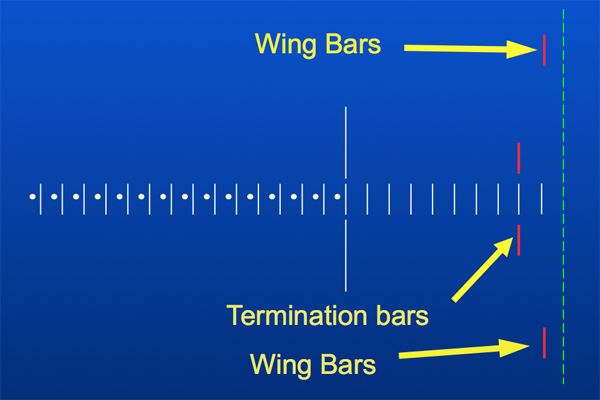 Landing between the wing bars ensures you will be on the runway laterally. 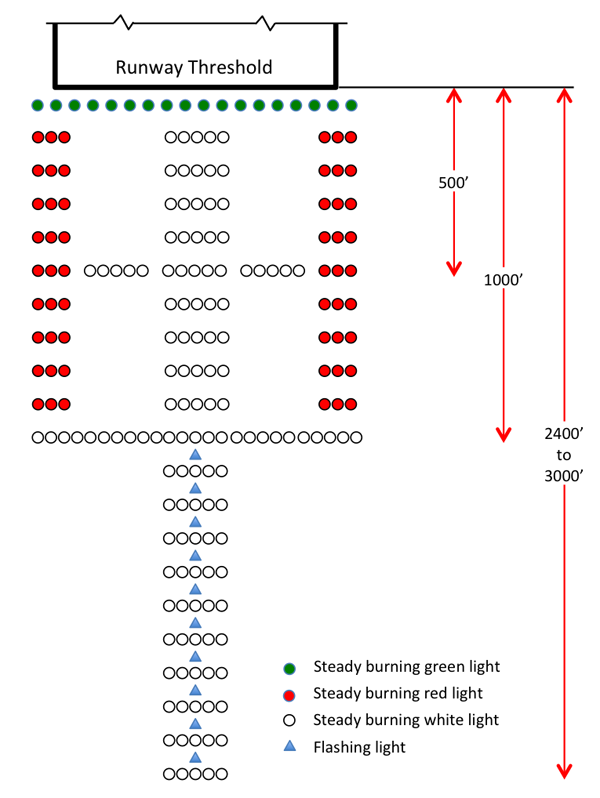 The sequenced flashers begin between a half and three-quarters of a mile from touchdown. You should be about 300 feet AGL at this point. 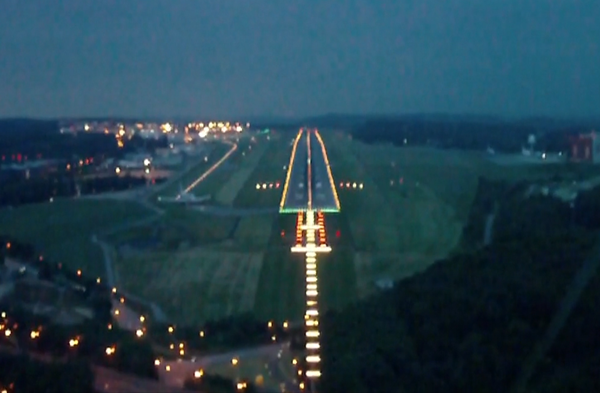 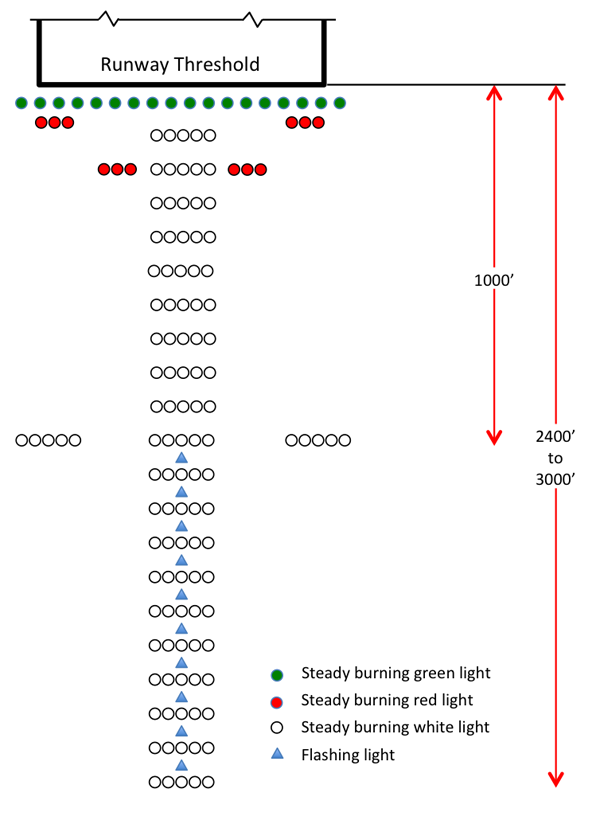 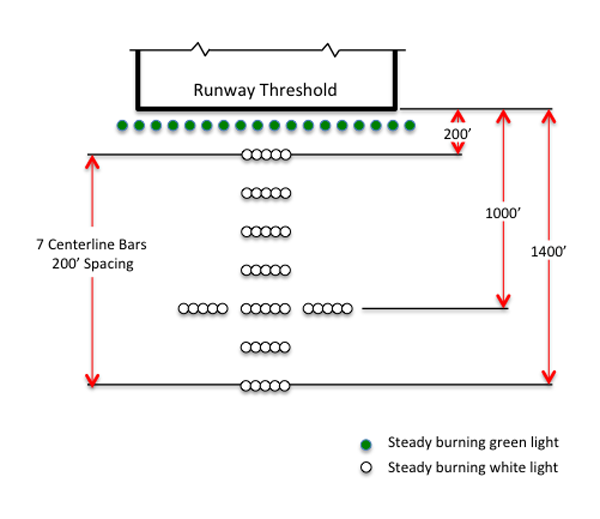 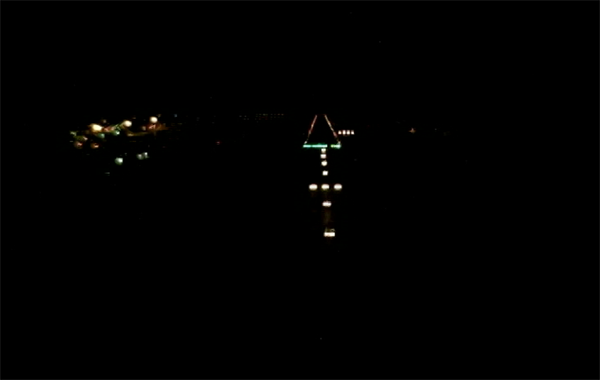 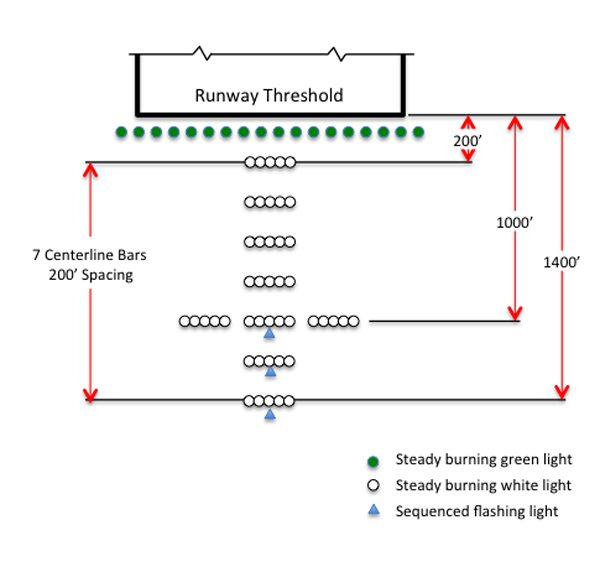 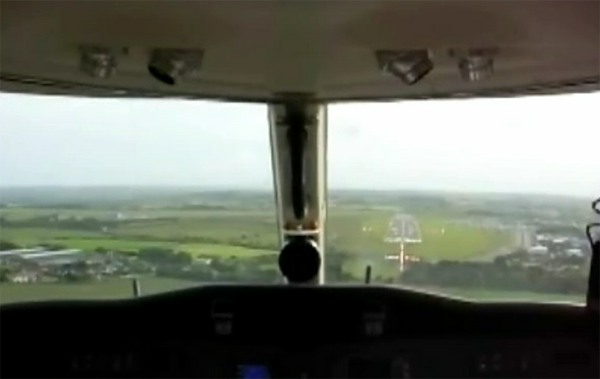 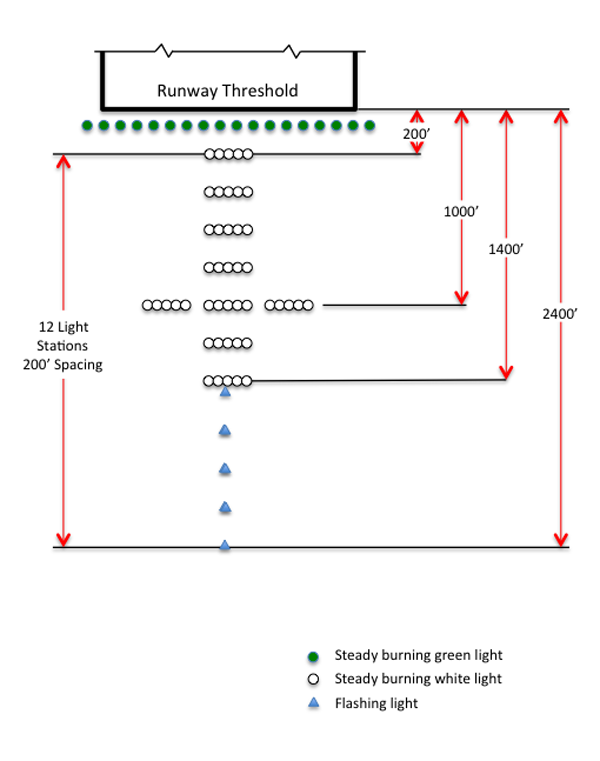 An economy type system used as the FAA standard for category I precision runways.

The sequenced flashers begin between a half and three-quarters of a mile from touchdown. You should be about 300 feet AGL at this point. 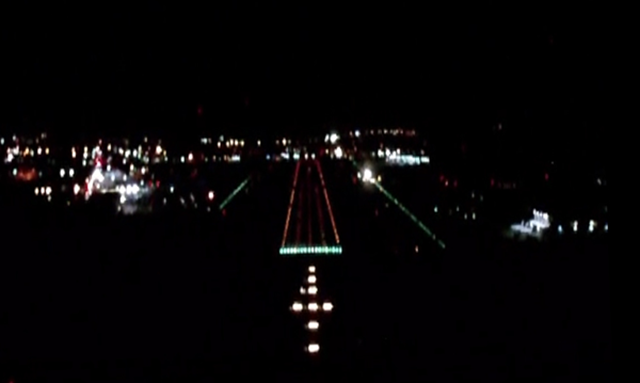 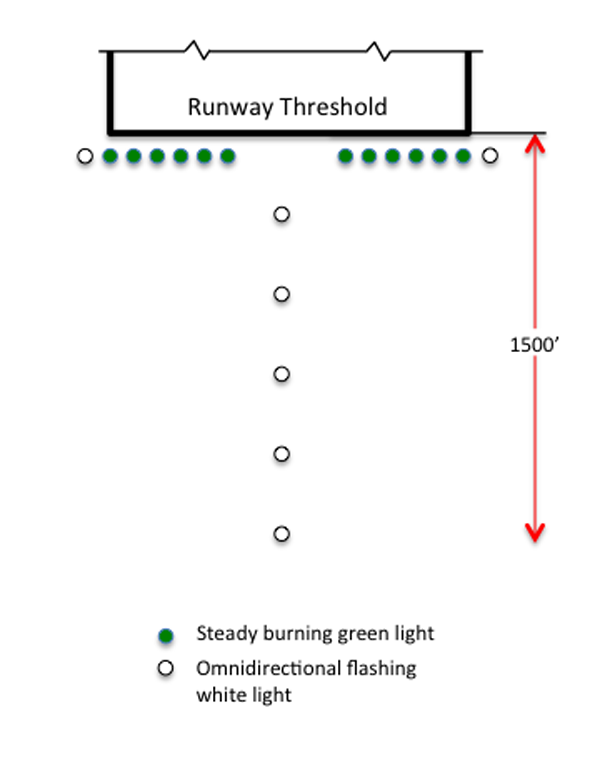 The ODALS is a configuration of seven omnidirectional sequenced flashing lights located in the runway approach area. The ODALS provides circling, offset, and straight-in visual guidance for non-precision approach runways. 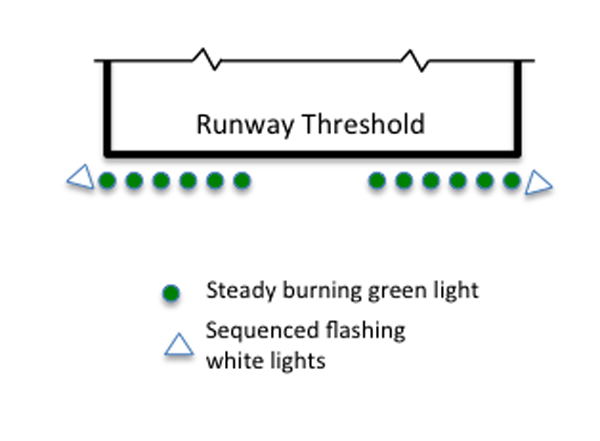 REILs are installed at many airfields to provide rapid and positive identification of the approach end of a particular runway. The system consists of a pair of synchronized flashing lights located laterally on each side of the runway threshold. REILs may be either omnidirectional or unidirectional facing the approach area. 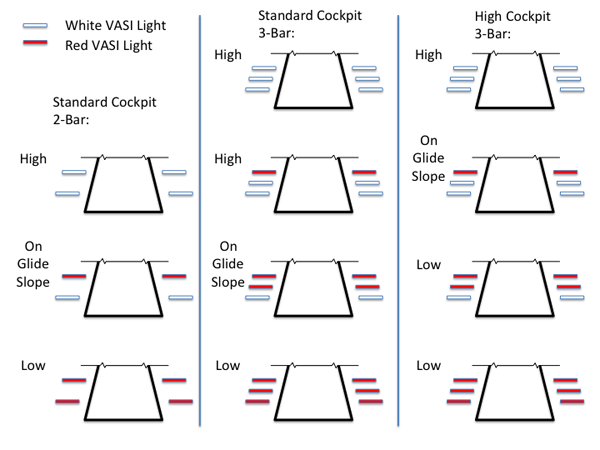 Pilot of high cockpit aircraft, the Boeing 747 for example, could touch down short of the runway if using standard 2-Bar VASI or the first two bars of a 3-Bar VASI. See Deck Angle for a discussion of the geometry behind this. High cockpit crews need only remember to use the far bars of a 3-Bar VASI and to ignore the first set of bars. Standard cockpit crews always use the first two set of bars. 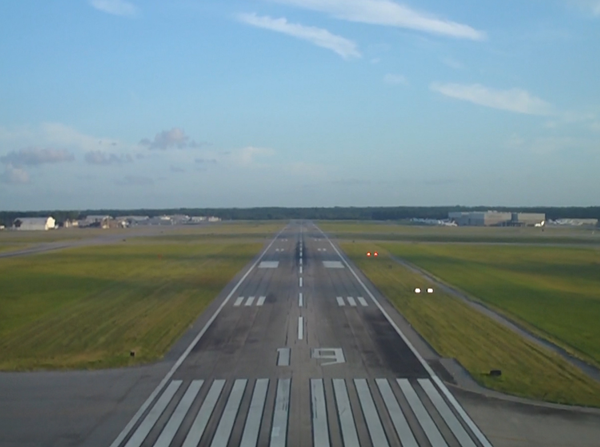 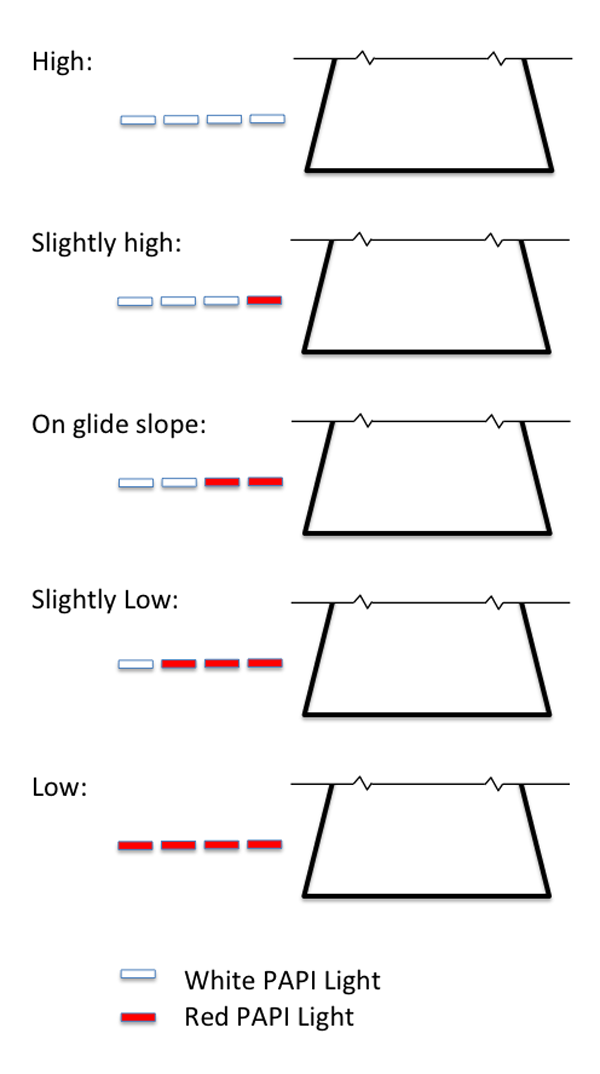 The precision approach path indicator (PAPI) uses light units similar to the VASI but are installed in a single row of either two or four light units. These lights are visible from about 5 miles during the day and up to 20 miles at night. The visual glide path of the PAPI typically provides safe obstruction clearance within plus or minus 10 degrees of the extended runway centerline and to 4 SM from the runway threshold. Descent, using the PAPI, should not be initiated until the aircraft is visually aligned with the runway. The row of light units is normally installed on the left side of the runway and the glide path indications are as depicted. Lateral course guidance is provided by the runway or runway lights. In certain circumstances, the safe obstruction clearance area may be reduced due to local limitations, or the PAPI may be offset from the extended runway centerline.

AFAIS, Air Force Advanced Instrument Instructors Course. The material is provided to the public now and then, depending on the current attitudes in the Air Force about sharing. (I attended the course in 1985 and have had the slides given to me now and then. Off the record, of course.)