The NTSB Report does a good job of relaying the events of Flight 797 but perhaps fails to emphasize a few key points. 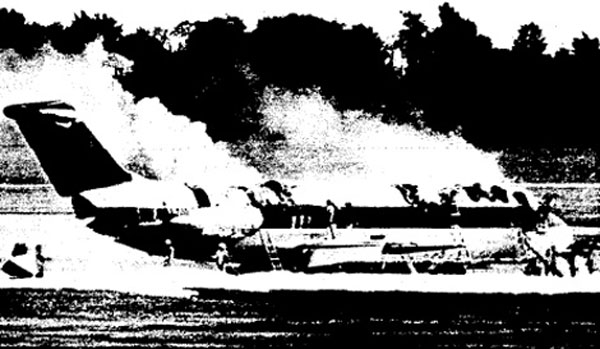 Airplane after fire burned through,
from NTSB Report, Figure 2.

The captain attempted a second reset of three popped circuit breakers even after noting he felt them pop as he pushed them. As it turns out, the resetting of the circuit breakers did not cause the fire, but the danger posed bears discussion:

The captain delayed the decision to land for six minutes after first being told there was a fire, in the hope that the fire would go out. It could very well be that had he decided to land immediately the results would have been very different.

This was accepted practice at the time, we know better now. Pilot's should also understand that a component on three phases of AC current are very high draw items.

It seems this was a common thought process back then in most airlines, deal with the problem and continue to your destination. I had a cabin fire in an Air Force airplane the same year and our reaction was the put the airplane on the ground as soon as possible.

Most of the aviation world is on board with this philosophy now, as detailed in Advisory Circular 120-80.

Nobody mentioned a trash bin fire, he should have connected the dots between the three popped circuit breakers and the fire.

He should have realized he had more than an electrical problem.

The aircraft's transponder was among the systems lost and air traffic control had difficulty painting the aircraft and providing the most expeditious descent vectors. It wasn't until 19:14:03 that the approach controller was able to fully identify the flight. This didn't particularly delay the descent, but it created confusion on the ground as to where the fire trucks should be positioned. 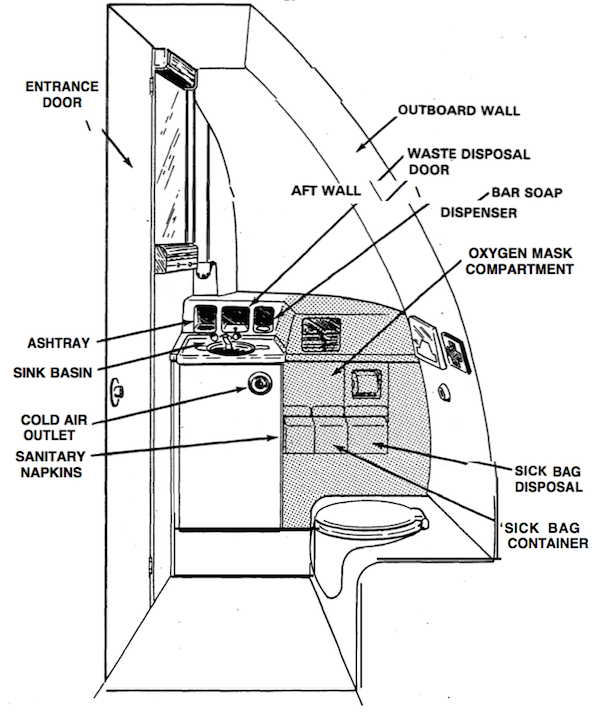 Investigators ruled out the trash bin itself as a source of the fire but could not rule out the possibility that there was debris behind the bin and that a lit cigarette could have fallen in that space. They further concluded it was "unlikely that the flush motor was the source of ignition of the fire." They also concluded the flush motor wiring harness was unlikely to be the cause. The investigated the possibility of a generator feeder cable nearby could have shorted, while they had no evidence supporting this, the possibility "could not be dismissed."

There is an art to reading an accident report, especially one that involves more than one country and several companies that could be found liable. If you want to see what the real cause of an accident is, look at the recommendations. The purpose of the investigation, after all, is to prevent recurrence. From a pilot perspective we need to learn the lesson: "land the airplane as soon as possible, fight the fire if time permits." But what really caused the fire and what has been done to keep this from happening again?