Anyone involved in aircraft maintenance is subject to many of the same pressures felt by pilots, but in some areas the pressures are worse. Both professionals are subject to becoming complacent and the temptation to take short cuts. Both can be adversely impacted by the effects of fatigue. While both receive initial training and some level of oversight, mechanics do not always receive ongoing (recurrent) training and regular practical examinations (check rides). With both populations, as experience and reputation grow, the temptations associated with complacency grow too. This is one of those cases. 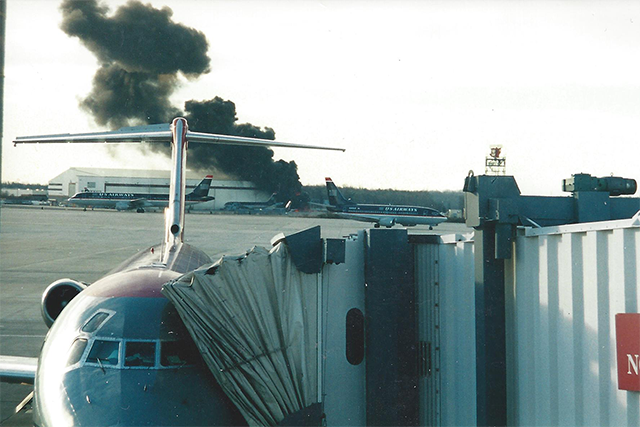 A quality assurance inspector was wearing two hats the day before this mishap, he was instructing a mechanic new to the airplane's rigging procedure and inspecting that same mechanics work. The only functional check of the work would occur the next day with the airplane filled with passengers. The inspector assured the mechanic in training several steps of the process could be skipped and the elevator was left with inadequate nose down pitch authority.

The report doesn't go into why the nose down authority was compromised other than to compare the end state of two turnbuckles, devices used to adjust the tension of the elevator cables. The mechanic apparently adjusted the nose up turnbuckle much tighter than the nose down turnbuckle. Since the cables wrap around pulleys and are connected indirectly, adjusting one turnbuckle impacts the tension on both. Several of the steps they skipped could have impacted the apparent tension, could. But two of the skipped tests prevented them from detecting their error. They could have determined the precise amount of available elevator travel had they measured flight data recorder pitch data and had they checked actual elevator travel using a "travel board" from its level. But they didn't. The quality assurance instructor didn't think any of that was necessary.

The airplane was also loaded with a CG that was too far aft.

Either one of these problems might have been recoverable, but combined they resulted in killing everyone on board.

I call these mishaps cases of maintenance malpractice because of the short cuts taken, the lack of adequate training and oversight, and the possible impact of fatigue. Whatever the cause, the aircraft was rendered unflyable because of it.

A normal flight control check results in elevator positions from 20° to 21° ANU to 14° to 15° AND, so they had less than full available nose down travel.

Maintenance Events Prior to the Flight

The captain went from private pilot to airline pilot in just five years and had been flying for just six years on the date of this crash. All indications were that she was a very good pilot and that she showed up for flight well rested. 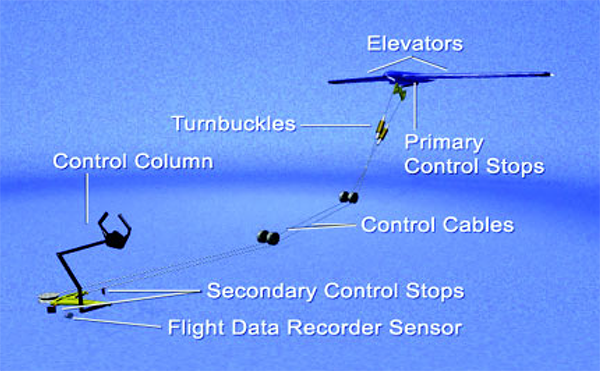 The procedure that follows includes several steps that are not applicable and some that were intentionally skipped.

Green on black items are not applicable to this airplane.

Black on amber items were applicable but intentionally skipped.

It was possible to view a required rig pin without removing the first officer's seat but it was easier with the seat removed.

A travel board is a calibrated template that attaches to the trailing edge of the horizontal stabilizer that allows a person positioned at eye level to see exactly how far up or down the elevator has moved. The text of the report's factual information does not note this step was skipped but the analysis and findings section imply that it was. It makes sense that it was, otherwise the mechanics would have detected the resulting limited elevator travel.

NOTE: Verify threads are visible through the inspection holes at the end of the pushrods after adjustments are made.

The mechanic thought this unnecessary and the quality assurance inspector thought the airplane didn't have an FDR.

Step a, to disconnect the autopilot servo cables, and step w, to connect the autopilot servo cables to the elevator primary control cables, were not applicable to the accident airplane because it did not have an autopilot. Step d, to locate and remove the passenger seats, carpet, and floorboards on the right side of the passenger compartment to gain access to the turnbuckles, was not applicable because the elevator cable turnbuckles for the Beech 1900D model are not located under the passenger compartment floorboards.

Of course there was indeed an FDR installed. 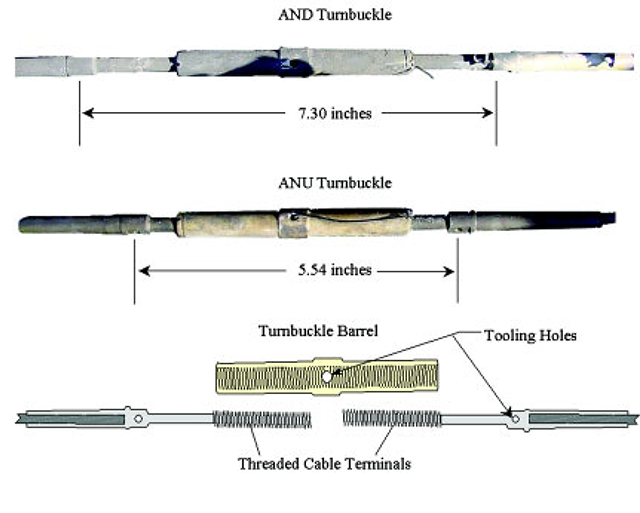