In this day of precision navigation, radio altimeters, and 3-dimensional computerized avionics, how important is that barometric altimeter of yours? The altimeter has hardly changed at all in the last fifty years, after all. If the controller gives you a setting off by ten, or you set it wrong by ten, what can go wrong?

The Bureau of Enquiry and Analysis for Civil Aviation Safety (BEA, French: Bureau d'Enquêtes et d'Analyses pour la sécurité de l'aviation civile) call what follows a "serious incident." While the investigation is still pending, there are lessons we need to learn immediately:

The crew of the Airbus A320, performing scheduled flight NSZ4311, took off on 23 May around 09:30 from Stockholm Arlanda airport (Sweden) bound for Paris-Charles de Gaulle airport (CDG). The captain was the PF, the co-pilot was the PM.

The crew stated that during all the approach they remained in clouds, without visual references. They experienced moderate turbulence and flew through heavy rain, using the wipers at high speed.

One of the many reasons English is the international language of aviation is so that we can all improve our situational awareness listening to other aircraft. The fact the correct altimeter setting was given in French and the incorrect setting in English obviously indicates the controller's native language. But the fact the transmission in French is allowed robbed the non-French speaking crew of a chance to hear the correct altimeter setting one more time. That additional utterance could have been crucial.

At 11:37:56, the ITM instructed the flight crew to contact the north tower (LOC N controller).

Due to the incorrect QNH setting (1011 instead of 1001), the altitude value displayed on the aircraft instruments was around 280 ft above the real aircraft altitude. The flight crew were thus conducting a RNP approach with LNAV/VNAV minima around 280 ft below the published approach descent profile.

At 11:38:44, the aircraft was descending through a Radio-Altimeter (RA) height of 2,500 ft. The RA height values were now displayed on the primary flight displays (PFD).

NOTE: aside from the fact that the aircraft’s flight path was not on the correct descent profile, the approach could be considered as stabilized as per standard criteria for the crew. 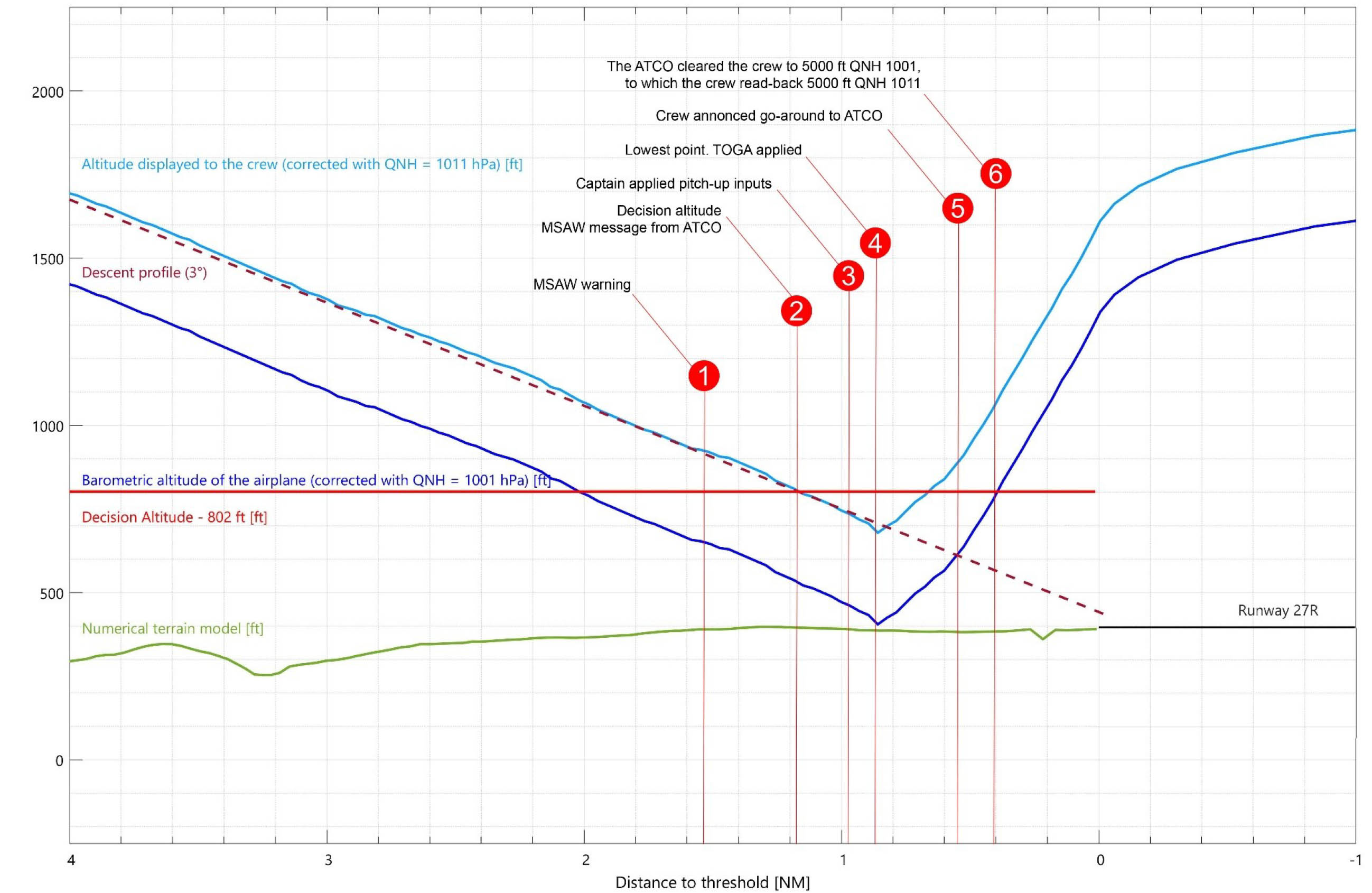 The airline policy is to add 50 ft to the published minima for RNP approach with LNAV/VNAV minima. Therefore, according to the NavBlue chart used by the crew, their DA was 802 ft (752 ft + 50 ft).

That additional 50 feet saved their lives.

The flight crew stated that arriving at the minima, they did not acquire visual references and consequently performed a go-around.

The crew stated they did not hear this radio-communication. During the message from the controller, a second MSAW was triggered.

Three seconds later, at 11:41:50, at an indicated altitude of 679 ft QNH 1011 (405 ft QNH 1001), the minimum radio-altimeter height was recorded at 6 ft above the ground. The aircraft was 0.8 NM from the runway threshold. At the same time, the captain moved the thrust levers forward into the TOGA detent (Point 4 Figure 1).

No Terrain warning (TAWS) was recorded during the approach.

The two pilots stated that they did not hear any radio-altimeter Auto-Callouts other than the callouts at 2,500 ft and 1,000 ft.

During these exchanges, the controllers in the tower could not yet see the aircraft. After a few seconds, they saw the aircraft coming out of the clouds, at low height, with a pitch up attitude.

At the same time, and while the LOC N was transmitting the message to the flight crew, the LOC-S assistant advised the LOC-N assistant that they had not switched ON the approach lights.

At 11:44:42 and after giving further radar vectors, the LOC N instructed the crew to contact the arrival (ITM controller) for the second approach. The aircraft was on the downwind leg for runway 27R.

At 11:49:09 and after further vectors, the ITM cleared the flight crew for a second RNP 27R approach.

At 11:53:40 and after being contacted by the crew, the LOC N cleared the crew for landing. The crew read back and asked if the approach lights were ON, which was confirmed by the controller.

NOTE: following the clearance to climb after the go-around and until landing, the QNH was given neither to the flight crew nor to another aircraft in contact with ATC on the same radio frequency as the crew.

The aircraft continued to fly with an incorrect altimeter setting. Neither the crew nor the controllers were aware of the incorrect QNH setting which again put the aircraft around 280 ft below the published descent profile.

Four seconds later, the LOC N controller (who was the LOC-N assistant for the first approach) advised the crew of the MSAW warning, “Red Nose 4 3 1 1, I just got a . . . a terrain alert, are you okay?”

The crew told the BEA that they did not understand the reason for this message. The PM answered, “Red Nose 4 3 1 1, we are established on path and we have visual now.”

The crew stated that this time they had visual contact with the runway well above the minima. They described the PAPI lights as follows, “One white, one pink, and two reds. Maybe three reds but not four.”

The PF corrected the flight path on final and then landed without further incident.

The investigation is still in progress, but the BEA has issued a few recommendations. We can get a good idea where they are headed by reviewing them:

The QNH given to the flight crew differed by 10 hPa from the valid QNH at the time and included in the ATIS information, leading to an approach carried out around 280 ft below the descent profile.

The Air Traffic Control operational procedures require the controller to give the QNH to the flight crew at the first altitude clearance, but there is no obligation to repeat the QNH before landing. Initial interviews conducted as part of the investigation suggest that the importance of the QNH for approaches using the baro-VNAV function, with respect to the risk of CFIT, may be underestimated and not clearly understood by controllers.

In the case of a RNP approach with LNAV/VNAV minima, vertical guidance uses the baro-VNAV function. Therefore, in this case, QNH setting errors are critical. These errors cannot be detected by altitude-distance cross-checks against values provided on the approach chart. In addition, there is no dedicated item requiring a specific cross-check of the QNH with another source of information such as the ATIS, METAR or confirmation of the QNH with ATC.

The investigation is still in progress.

As I write this, the BEA has issued a preliminary report and acknowledge they still need to cover the aircraft equipment that may or may not have been useful to avoid this incident. I think the fact this crew ended up within 6 feet of hitting the terrain nearly a mile short of the runway requires us to think about this now.

Barometric pressure is rarely unchanging and when checking in with approach control having the altimeter setting change from an ATIS that is an hour old isn't uncommon. But what is your tolerance for what constitutes an acceptable deviation and one that calls for questioning?

One of the disadvantages of a digital cockpit is the loss of the tactile/visual sensations when moving analog knobs and seeing mechanical reactions. When moving the barometric setting from 29.92 to 29.82 in hg you see the altitude readout increase by 100 feet. You understand intuitively that you must fly the aircraft lower by 100 feet when attempting to maintain a specified altitude. So too when going from 1011 to 1001 hPa, you understand the aircraft is now almost 300 feet lower. Perhaps we've lost this intuition going to digital altimeters.

"Approach, the ATIS is reporting one zero zero one, verify we need one zero one one please." 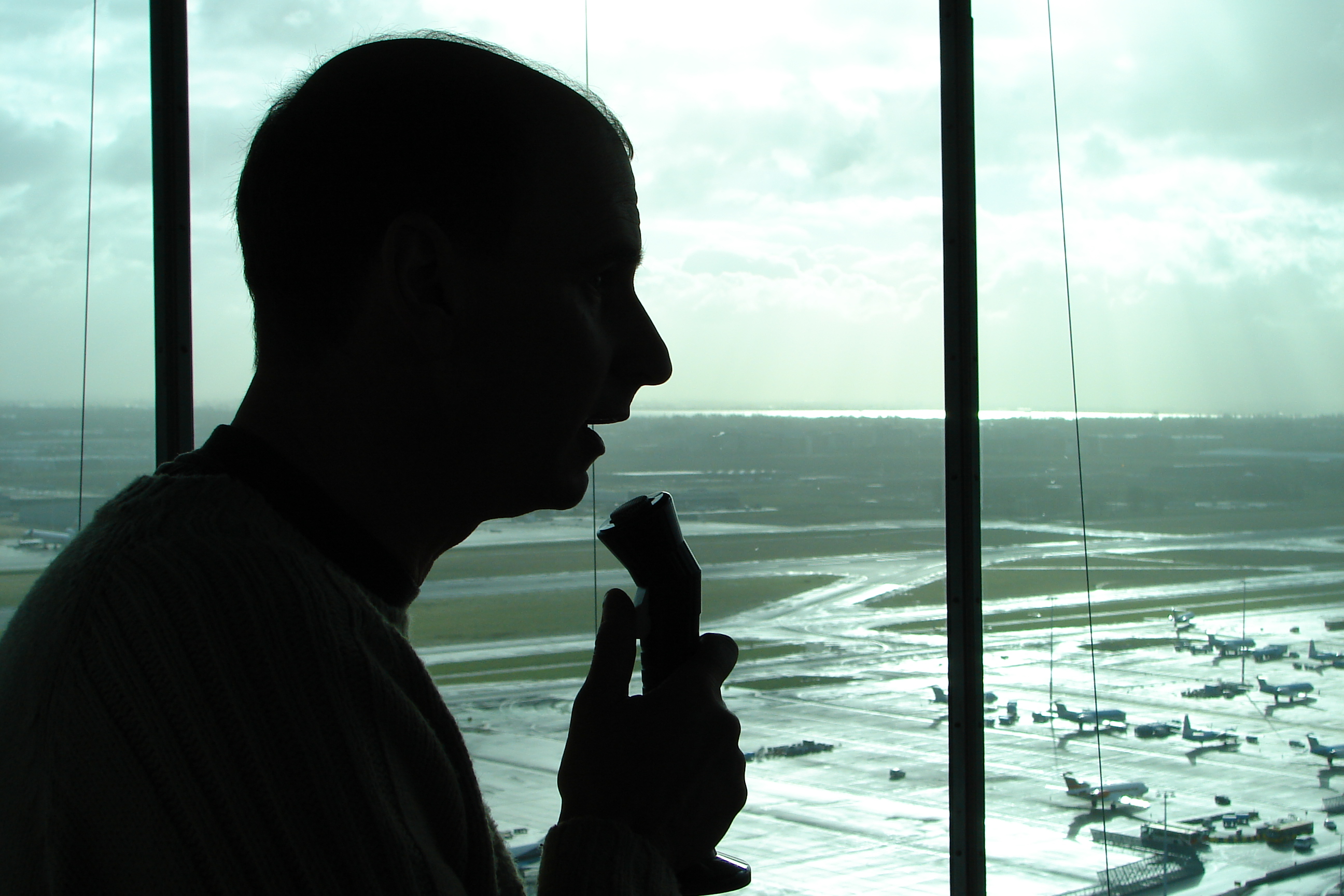 Air traffic controllers are fond of calling their radio transmissions the "R/T" and some pilots are fond of calling their primary means of defense "SA," situational awareness. SA is usually intended to mean the need to keep a three-dimensional idea of the airplane's position in space relative to the terrain and other aircraft. You have more than your eyes to help you with your SA, your R/T is there too. Hearing another aircraft cleared to the same point you headed for can be a red flag. You have to further ascertain that the aircraft is ahead of you or behind you; otherwise you speak up. Hearing an aircraft cleared to land on the same runway you have been cleared for takeoff on can also be a red flag. Again, further investigation is called for.

If aircraft we are sharing the airspace with are given different altimeter settings we need to ask ourselves why. If they are going to different airports, small differences might be understandable. If the difference in large, or if they are headed for the same airport, we need to query the controller. 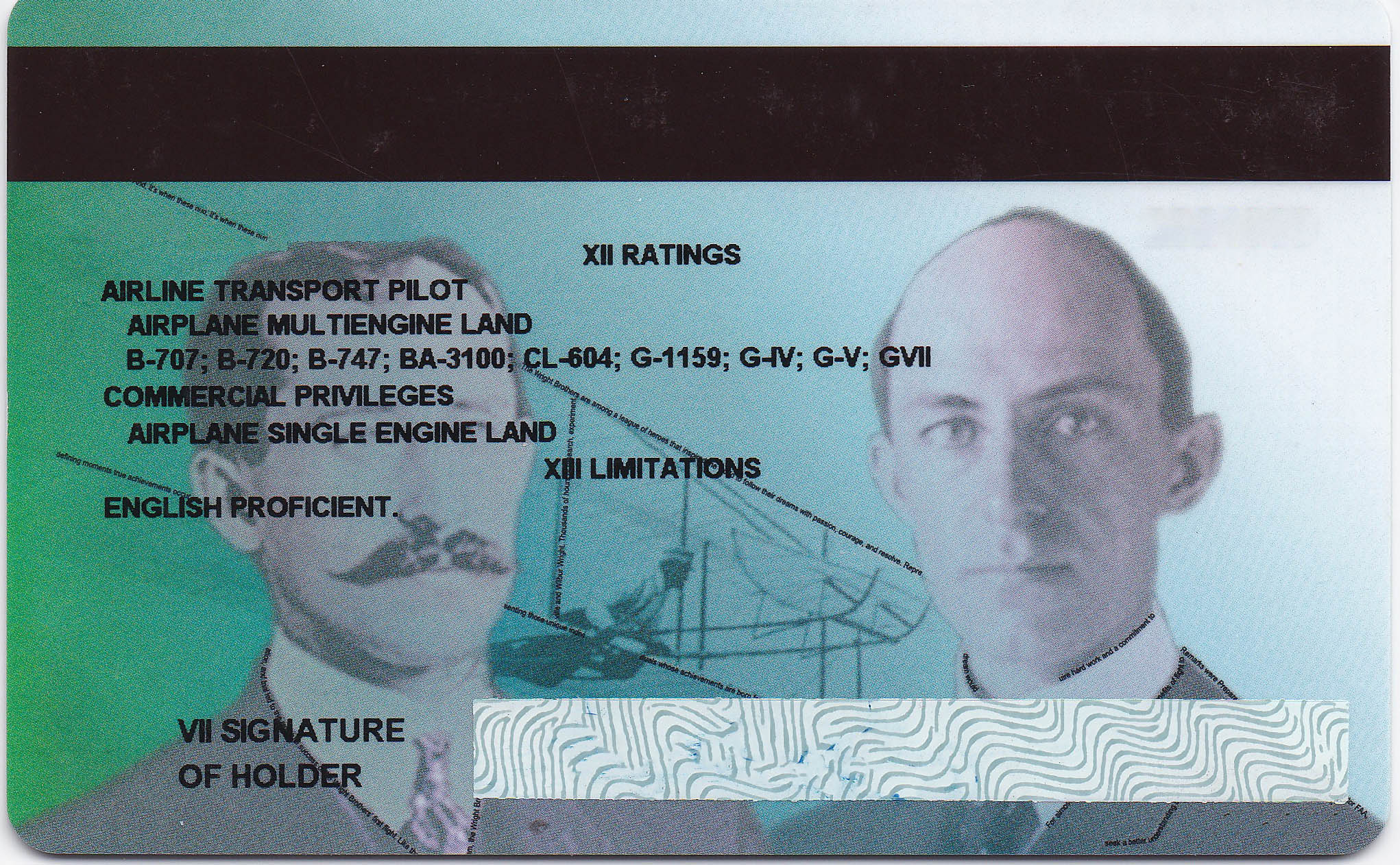 If you've spent anytime flying internationally, you know that English is the language of aviation, sort of. Air traffic controllers are prone to speak their native language to fellow native language speakers. Back in the days we flew over parts of Africa and South America without radar control this used to infuriate me. They were robbing me of my situational awareness. These days it is less critical, but it still irks me. As in the case study about Airhub 4311, had the French controller used English to the French airline, the incident might have been prevented.

Even when the controllers are not using English, listen for clues that you might have a conflict. It would be helpful to know a few phrases, including the numbers from zero to nine.

I'm not sure the "Mode 2" Enhance Ground Proximity Warning System (EGPWS) would have been of much use in the scenario Airhub 4311 found themselves in. Most of the EGPWS manuals I've read provide an exception for excessive closure to terrain:

"Mode 2B provides a desensitized alerting envelope to permit normal landing approach maneuvers close to terrain without unwanted alerts. It is automatically selected with flaps in the landing configuration or when making an ILS approach with glideslope and localizer deviations of less than 2 dots."

I do think the "Mode 6" advisory call outs can be crucial in these situations. Available call outs include:

In the case of Airhub 4311, they would have expected the "Five hundred" call when descending through about 900 feet indicated altitude. But with the wrong altimeter setting, they would have got it about 300 feet early. They would not expect the "Two hundred" call prior to their minimums which were 410 feet above the runway. (360 HAT + 50 DDA) When they got this call a few seconds before minimums, assuming they had these call outs, they should have realized something was wrong.

I've known flight departments with fully capable EGPWS installed but the call out functions disabled. When I was asked, I was told they preferred quiet cockpits. I think they are forgoing an excellent source of situational awareness.

In the case of a RNP approach with LNAV/VNAV minima, vertical guidance uses the baro-VNAV function. Therefore, in this case, QNH setting errors are critical. These errors cannot be detected by altitude-distance cross-checks against values provided on the approach chart. In addition, there is no dedicated item requiring a specific cross-check of the QNH with another source of information such as the ATIS, METAR or confirmation of the QNH with ATC. 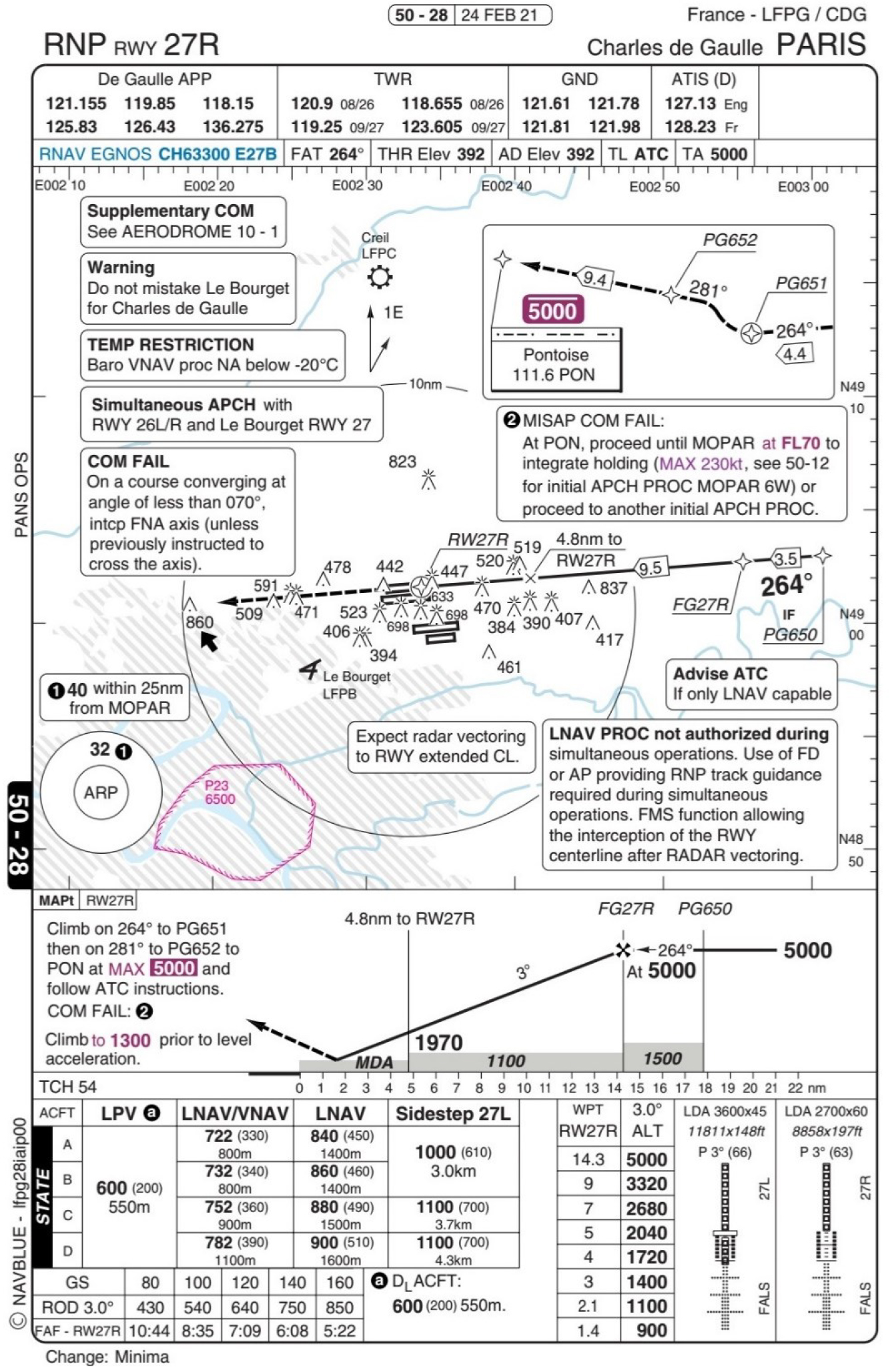 It appears in this situation that the altitude versus distance is correct, because the VNAV / VGP is targetting the wrong altitude. But there is a work around . . .

If you have a choice on approach types, an ILS glidepath aims you to the runway and a misset altimeter in this situation would have at least gotten you to the runway, instead of a mile short. The same is true of an LPV approach. In the case of an LNAV/VNAV approach, the "glide path" will aim you short. See Sitting Duck (Under) / Margin for error for an explanation.

The solution is to fly an ILS or an LPV when you can, and if you can't, cross check the radio altimeter at a convenient point, such as the Final Approach Fix.