Most pilots think of this as a wake turbulence incident, it was not. The wake turbulence encounter occurred at 1,700 feet and simulator tests confirmed it was easily survivable. The crash was caused by overly aggressive rudder inputs by a pilot who did not understand the aircraft's rudder limiter system, proper unusual attitude recovery procedures, and the nature of the aircraft's design maneuvering speed. These misunderstandings may have been caused by the excellent American Airlines Advanced Maneuvering Program (AAMP). The AAMP is what I think of as a doctoral level course in airmanship, one that could have easily been misunderstood by pilots not schooled in the more primary aspects of maintaining aircraft control. 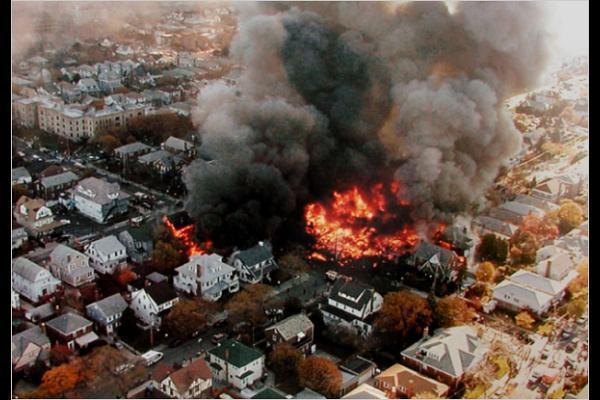 While it is true the first officer was the cause of this crash, the captain could have saved the day had he been more proactive. Part of good Crew Resource Management is knowing when to step in. The first officer was out of his league during the unusual attitude recovery and the captain needed to say "I've got it," and then simply centered the rudders and rode it out.

Because of the possible effects of wake turbulence, controllers are required to apply no less than specified minimum separation for aircraft operating behind a heavy jet and, in certain instances, behind large non heavy aircraft (i.e., B757 aircraft). 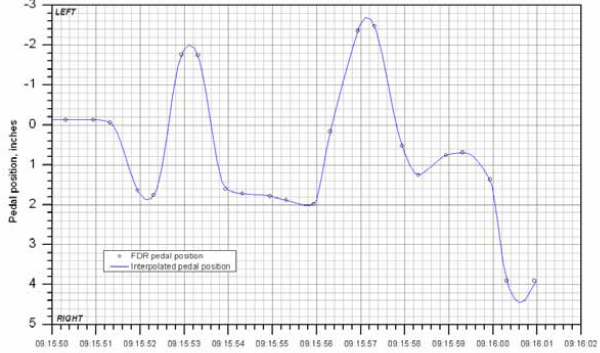 The National Transportation Safety Board's airplane performance study for this accident determined that flight 587 started its takeoff roll about 0913:51 and lifted off about 0914:29, which was about 1 minute 40 seconds after the Japan Air Lines airplane.

ATC's takeoff clearances were indeed 2 minutes apart, but it appears the Japan Airlines crew took more time to get to the lift off point.

While it appears this second encounter was similar to the first, the first officer's inputs were different. The aircraft was at a higher speed, 240 knots, and his rudder inputs were much higher. Whle 1.7 inches doesn't seem like a lot, at this speed with the aircraft's rudder control system, it would result in maximum deflection.

More about this below, Rudder Control System.

The captain had a good background in high performance aircraft.

According to American Airlines records, the first officer had flown Shorts 360, Beechcraft 99, and DeHavilland DHC-6 airplanes in commuter and regional operations under 14 CFR Parts 121 and 135. He had accumulated 3,220 hours total flying time in commercial and general aviation before his employment with American Airlines.

The first officer's background with large aircraft was very limited.

There are statements from other crew members that both agree and disagree with this captain's assessment. 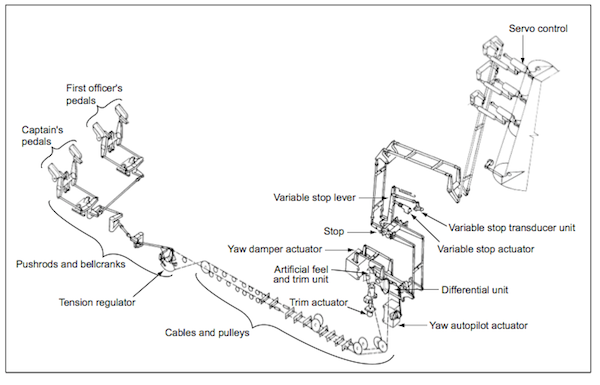 This agrees with most of my experiences in jet aircraft, except those that are aerobatic in nature. I can see that a pilot brought up in light aircraft may not have the same "intuitive" understanding.

This is an unusual system and runs contrary to most rudder limiter systems. In the G450, for example, available rudder travel is indeed reduced at higher speeds.

These are very good points for a low speed aircraft upset recovery. They would work for a higher speed, but the aircraft would have to be unloaded (flown at zero g) first.

Here again, excellent points. But I wonder how many of the audience understood the implications had they not been spin trained?

The accident first officer apparently did not understand this and it appears many of his peers were in the same boat.

A pilot's over-aggressive use of the rudder may have been abetted by the knowledge they were below design maneuvering speed. The flight of American Airlines 587 provides a good case study:

Design Maneuvering Speed, VA, is an aircraft certification number of the manufacturer's choosing. It changes with weight, configuration, and altitude. Unless you have a complete chart in front of you, it may be meaningless in most specific instances. You should never manipulate a flight control faster than you can perceive the changes that result.

More about this: VA - Maneuvering Speed.

The National Transportation Safety Board determines that the probable cause of this accident was the in-flight separation of the vertical stabilizer as a result of the loads beyond ultimate design that were created by the first officer's unnecessary and excessive rudder pedal inputs. Contributing to these rudder pedal inputs were characteristics of the Airbus A300-600 rudder system design and elements of the American Airlines Advanced Aircraft Maneuvering Program.