The NTSB Report blames the crew for failing to manage their fuel and failure to communicate their low fuel state with the specific word "emergency." The Federal Aviation Administration was cited for inadequate traffic flow management and a lack of "standardized understandable terminology for pilots and controllers for minimum and emergency fuel states." The crew was also cited for mishandling the first approach under windshear conditions. 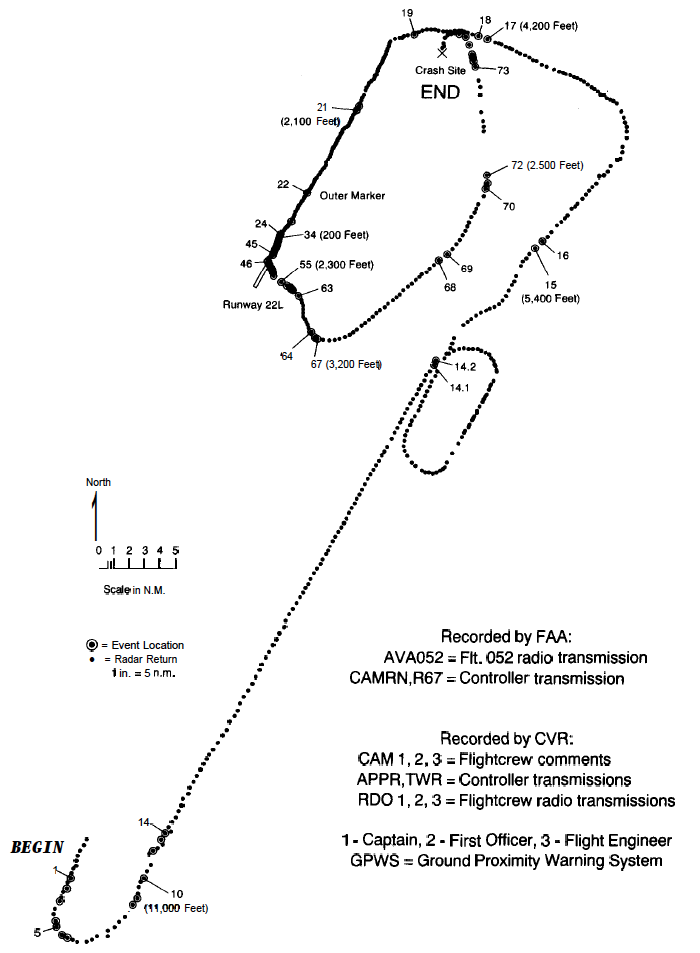 There is much to cover here but I'll not cover the windshear issue. It is true that had they managed to land on the first approach the accident would never have happened. But there is much more to learn here about communications between aircraft and aircraft control. I do believe the pilots could have managed their situation better and should have declared an emergency using that specific word, "emergency." The first officer misunderstood the difference between "priority" and "emergency," English was not his first language. The captain wasn't paying close enough attention to communications between the first officer and ATC and accepted the first officer's assurances that an emergency had been declared.

So where does that leave us, as pilots? Flow control in this country is much better and air traffic controllers do seem to be in better tune with even the hint of an emergency status of their aircraft. But as pilots we can learn to communicate better too. See Declaring an Emergency for more about this.

Not many airplanes have an hour an 17 minutes of holding fuel to spare.

That should have been a signal to both the controller and the pilots; they had exhausted their alternate fuel in the holding patterns and now were proceeding to their destination without a viable alternate.

While this was a step in the right direction, the sense of urgency was not transmitted to NY ARTCC.

Minimum fuel for landing can best be determined by each operator due to differences in weather conditions, air traffic control delays, airline policy, etc. However, operators should consider the possible fuel quantity indicator error shown... (plus or minus 3 percent of tank full scale reading) when determining the minimum indicated fuel for landing. For example, if the actual total of fuel in the four main tanks for landing is 4,000 lbs. (1,814 kgs.) the total indicated fuel could be as low as 1,300 lbs. (590 kgs.) or as high as 6,700 lbs. (3,039 kgs.). If any delay is anticipated due to extended radar vectoring, etc., or if a go-around is likely, then additional fuel for these contingencies should be added to the planned fuel quantity for landing. During an operation with very low fuel quantity, priority handling from ATC should be requested.

FAA Order 7110.65 is up to version "V" now and there is a significant change since version "F" that says:

If the words “Mayday” or “Pan-Pan” are not used and you are in doubt that a situation constitutes an emergency or potential emergency, handle it as though it were an emergency.