The pilots of British Airways Flight 38 did well to get the airplane on the ground with only one serious injury to its occupants and there is little to critique about their performance. What interests me in this are the lessons drawn by Gulfstream for the G550 and the new information about fuel "stickiness." 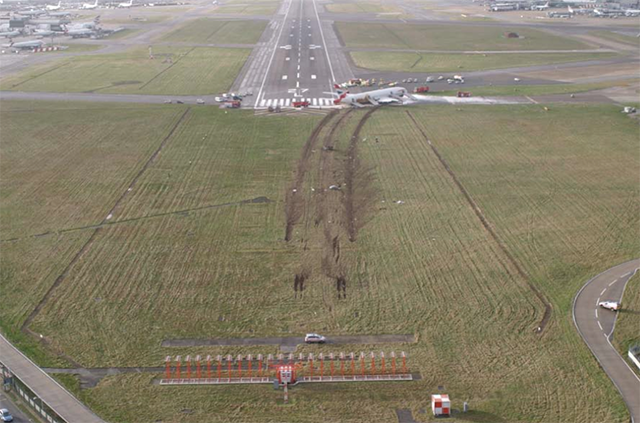 The Accident Report did an excellent job showing that cold fuel tends to adhere to its surroundings between -5°C and -20°C and is most "sticky" at -12°C. These are common fuel tank temperatures for both the G450 and G550.

The mishap aircraft's fuel flow demands increased four times on approach, times corresponding to flap and gear drag increases. The fuel temperature following a very cold en route and descent phase was just increasing into the "sticky" range. The fuel filters just prior to the fuel pumps clogged with ice, causing the engine rollbacks. It could be worth considering delaying approach and landing until fuel temperature increases out of the "sticky" range if flying an airplane prone to fuel system icing.

The G450/G550 fuel boost pumps are also in a tank within the fuselage and are also protected by a non-bypassable filter.

The G450/G550 have no such system, but are also not known to accumulate fuel tank water.

The investigation identified the following probable causal factors that led to the fuel flow restrictions: