Some will read this case study and chalk it up to bad luck and one of those things that just cannot be prevented. In the words of the pilot, "About 5 seconds after touchdown, a deer jumped out of the wood line on a full-out sprint towards the aircraft and within seconds impacted the left wing leading edge." This happens to motor vehicle operators all the time, so there is nothing to be done about it. Right? 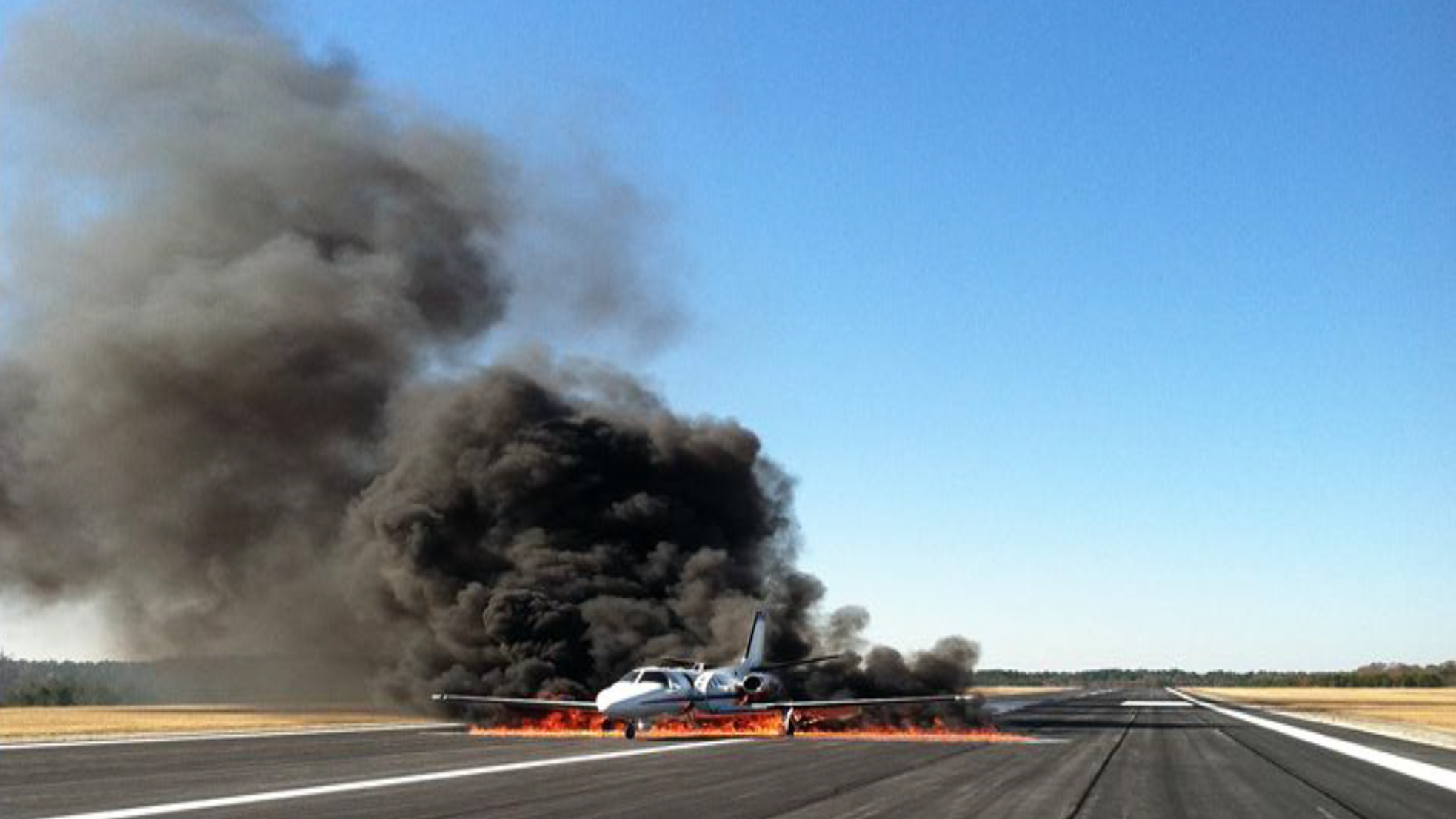 Perhaps. I would argue that along some highways where this is likely to happen, animal control measures are often taken. And even without that, a motor vehicle is better suited to survive an impact with a deer than is an airplane. Add to that the speed differential. I think operating out of untowered airports is one of the most dangerous things we business jet operators do.

In a telephone interview, the manager of the Greenwood County Airport explained that Greenwood was not an FAR Part 139 Airport, and while there was no published Wildlife Management Program for the airport, she had been very proactive about eradicating wildlife that could pose a hazard to safety on the airport property, primarily deer and wild turkey. She contacted the United States Department of Agriculture (USDA) for guidance and advice and she attended a wildlife management course. Among the suggestions offered by the USDA, was to remove the deer habitat. The manager proposed adding the area between the runway and taxiway to an approach clearing project in order to reduce the habitat. The manager worked with a local charity and local hunters with depredation permits to take deer on the airport property, and their efforts averaged 50 deer a year. The hunts were conducted in stands away from runways and on property not aviation related. The nearest deer stand was 1 mile from the runway, and the hunters fired only shotguns. The hunts were conducted between the hours of 0700 and 1000. On the morning of the accident, the last shot was fired at 0930.When asked why the hunters were still on the property at the time of the accident, the manager said they had stayed to eat lunch, and repeated that the hunt was long over and that the last shot was fired hours before the accident. She offered that the deer struck by the airplane was probably flushed from the woods by another deer or a coyote, whose population has also grown in recent years. After the accident, the Federal Aviation Administration contacted the state and had the Greenwood County Airport added to a list of airports where funding for improvements had been allotted. A second 10-foot perimeter fence was added around the existing 6-foot fence, and since its construction only 4 deer have been taken inside the perimeter, and no wild turkeys have been sighted.

The National Transportation Safety Board determines the probable cause(s) of this accident to be: Collision with a deer during the landing roll, which resulted in a compromised fuel tank and a postimpact fire.