I heard years ago that using the vertical speed mode of your autopilot is one of the most dangerous things you can do. With a moment's inattention, you can find yourself too slow. "You can even stall," we are warned. Relax, you think, your stall warning devices will protect you. Do you really want to leave it to that? 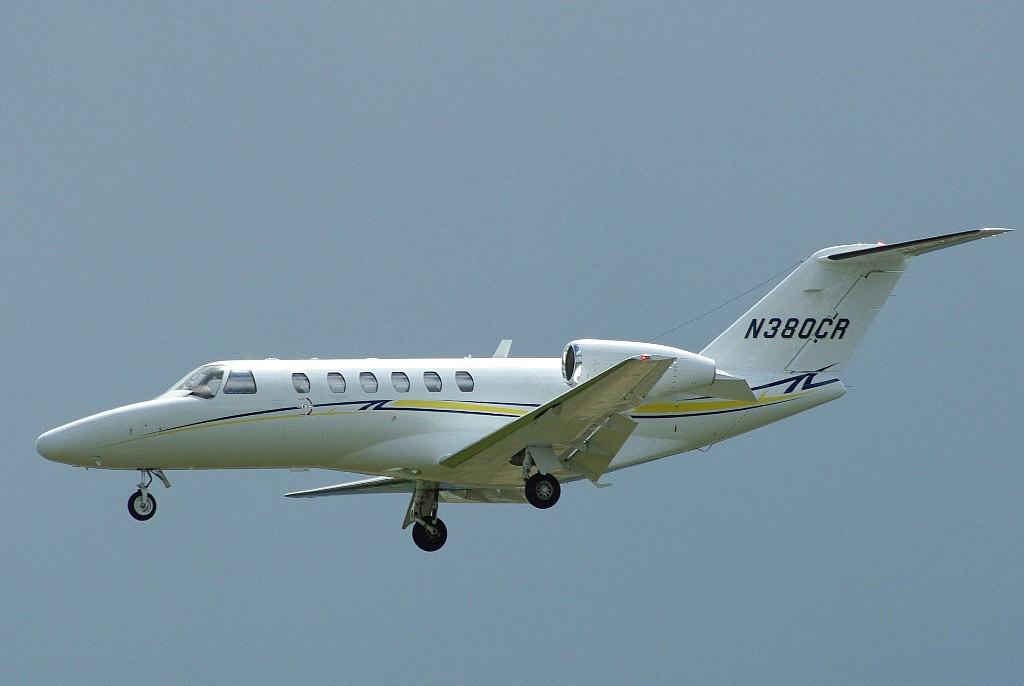 The Gulfstream G450 has a great autopilot except for two functions: VNAV and FLC in the climb. The VNAV function is sometimes inaccurate, but that can be detected with a little math. The Flight Level Change mode in a climb, however, is a major annoyance. It can work perfectly one flight and on the next can pitch you up to 5,000 fpm where 500 fpm is called for. So what do we do? V/S, of course. Then the 500 fpm needs to come up and sooner or later we are climbing happily at 1,500 fpm. We get distracted. The next time we look up we are below M0.70 and getting slower. It is a recipe for disaster.

Sound familiar? Here's my technique: if I have to resort to V/S in the climb I take my watch off and hold it in my hand. (I do the same thing when cross-feeding fuel.) I hate having it there, it gets in my way. Good. If someone distracts me, I return to FLC mode. I've been criticized for my paranoia. Now I have a case study to justify it.

There isn't a lot of information available about the pilot, other than the fact he owned the aircraft, was 69 years old, had 3,900 hours of which 600 were in type, and had taken a high performance aircraft (an L-39) upset recovery course. 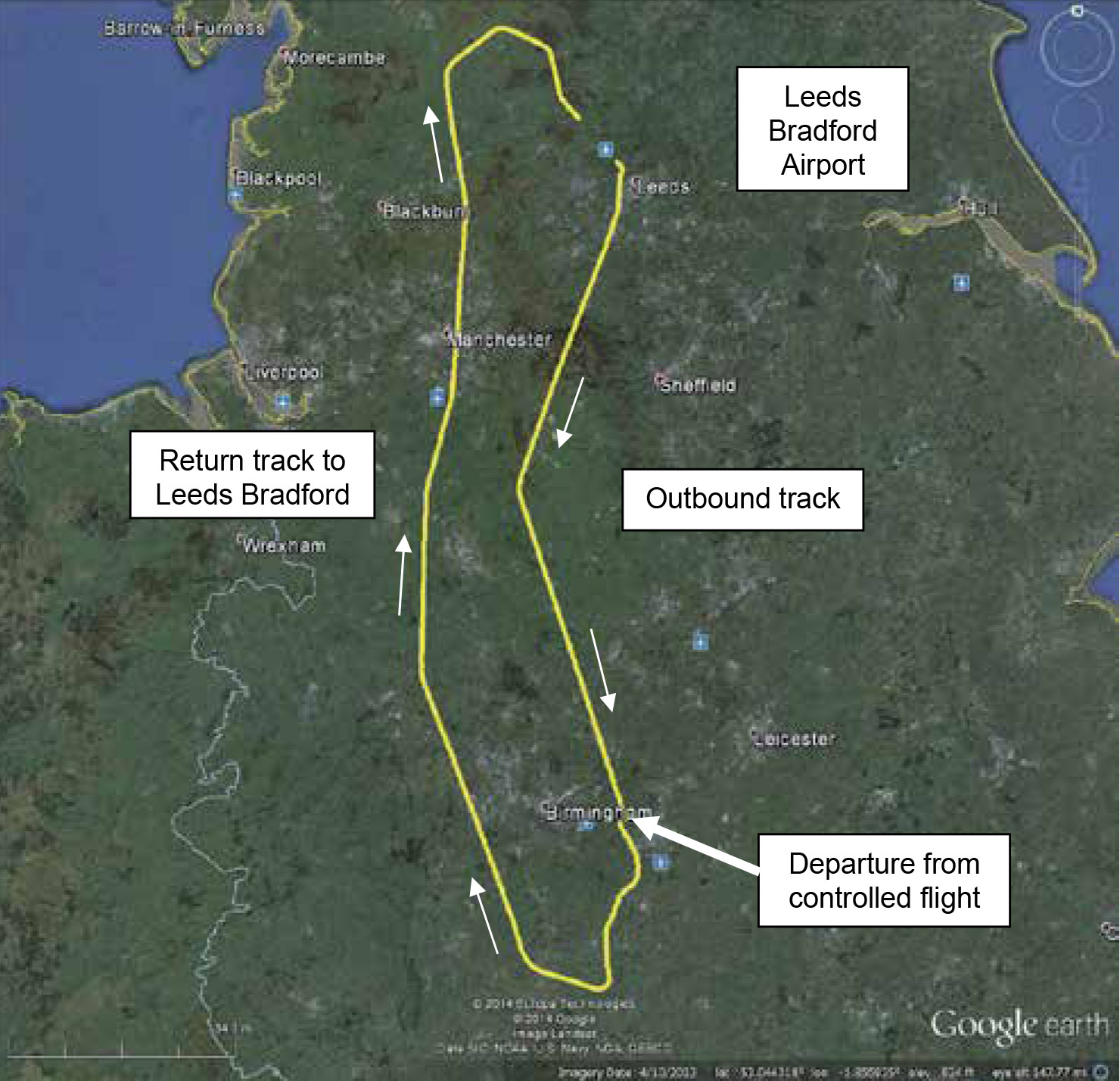 The fact the pilot was using the "green donut" for a climb at high altitude (or any altitude), is alarming. What is the green donut?

REFERENCE APPROACH SPEED. The reference approach speed (RAS) cue is a small green circle that shows at the bottom right of the airspeed tape to indicated the calculated RAS.

The "green donut" is used for approach. The 1.3 VS stall margin is inadequate for flying at high altitude where there is little excess thrust available. So what speed should have been flown? The CJ2+ Operating Manual isn't definitive for higher altitudes:

Ensure gear and flaps are up, set power as needed and select autopilot (if desired). Monitor pressurization and fuel. Climb at approximately 200 kt until nearing 30,000 feet, then use a slower speed.

But what is a "slower speed" exactly?

The AFM buffet onset chart (p. 4-33) isn't very helpful in that is provides a Mach number, M 0.42 for the weight and altitude in this case. But the accident report went through the math to produce the number in knots:

The AFM provides a method for calculating the available buffet margin for various weights and altitudes. Applying the aircraft’s estimated weight of 11,758 lb and an altitude of 42,500 ft shows that, using a 1.3g margin, the low-speed buffet would be encountered at M 0.52 and an indicated airspeed of 140 kt. The accident aircraft was effectively in wings-level flight with 1g recorded just before the loss of control and in this condition the buffet speed is reported as M 0.45 (120 kt) – very close to the actual recorded speed of the accident aircraft just before it departed from controlled flight.

This is like saying: "climb at whatever speed you want, just don't stall the airplane." I've heard a good technique in this airplane is 230 KIAS until Mach 0.55. But the Flight Planning and Performance manual gives a speed schedule that shows the pilot was 20 knots slow when he diverted his attention.

I am not buying the "pilot was unable to interpret" line; I believe the pilot simply froze. The declutter mode isn't different enough to cause enough confusion to lead to what follows. 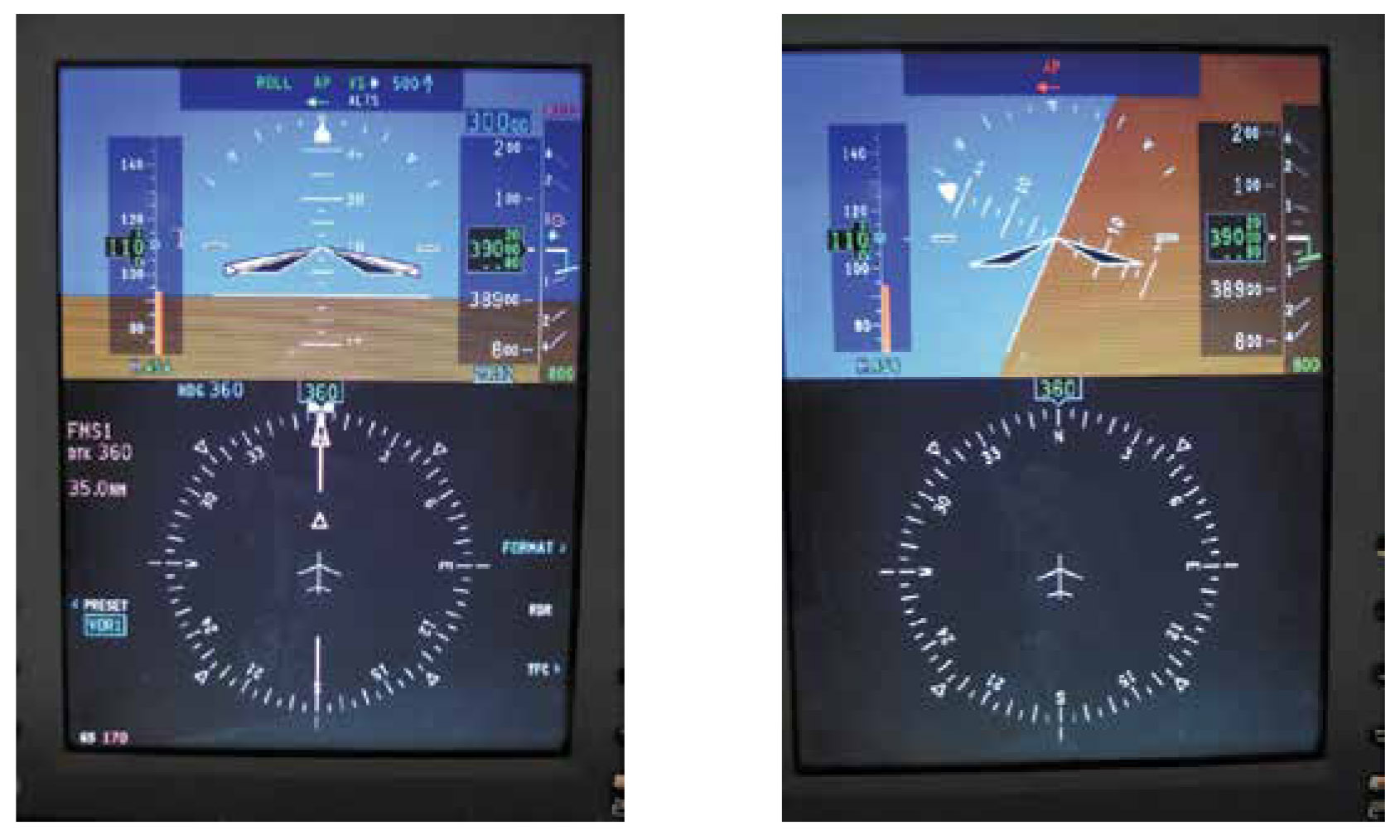 The list of mistakes is pretty long. But let's make note of just a few. First, the pilot wasn't sufficiently wary of using the vertical speed mode of the autopilot in a climb. Second, he seemed to think reference approach speed was a good target for high altitude climb. Third, he diverted his attention after noticing his airspeed was critically low. Fourth, he froze during the first steps of recovering from an unusual attitude. Finally, it seems he botched the recovery before, during, and after losing sight of the horizon. 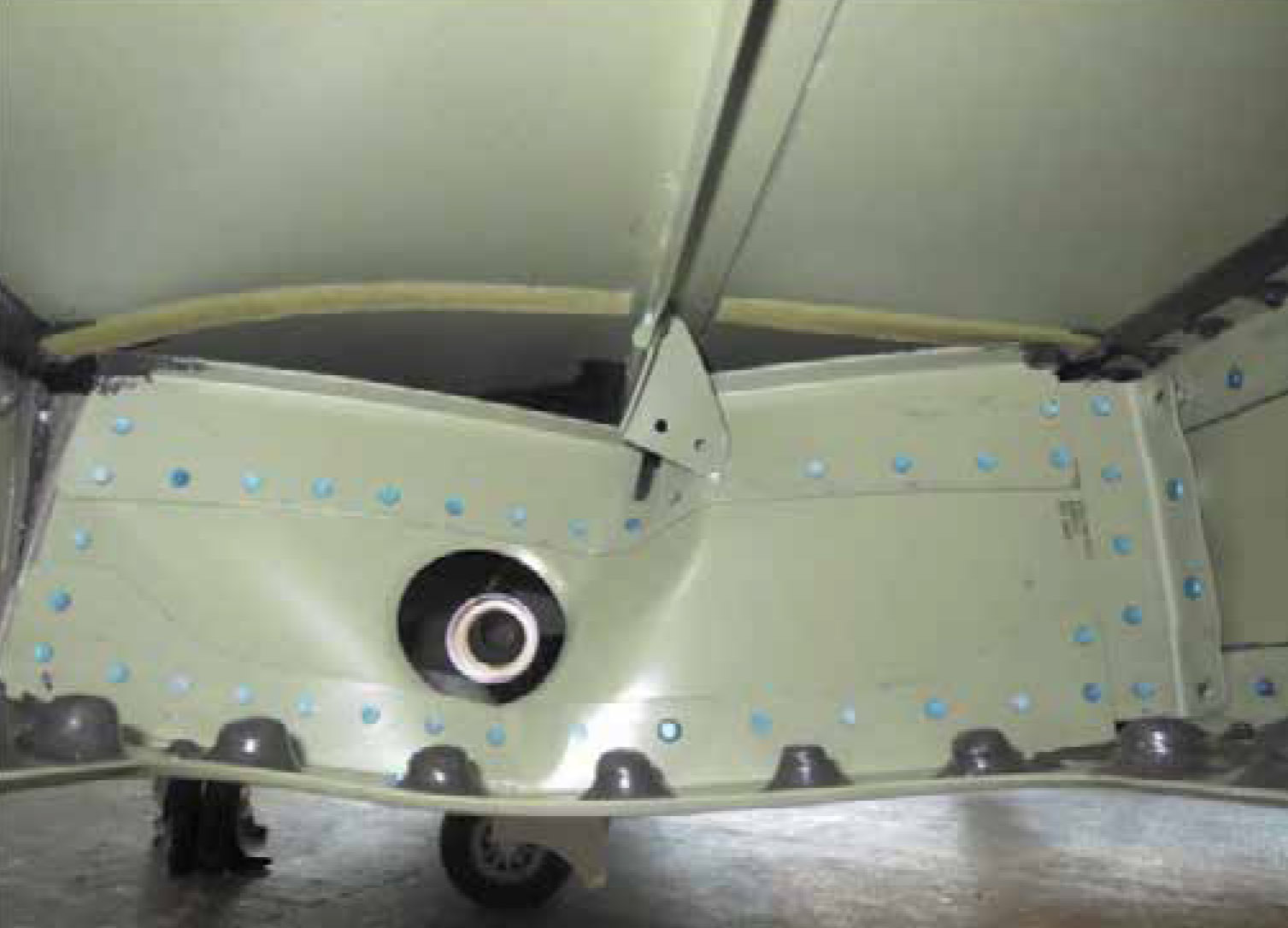 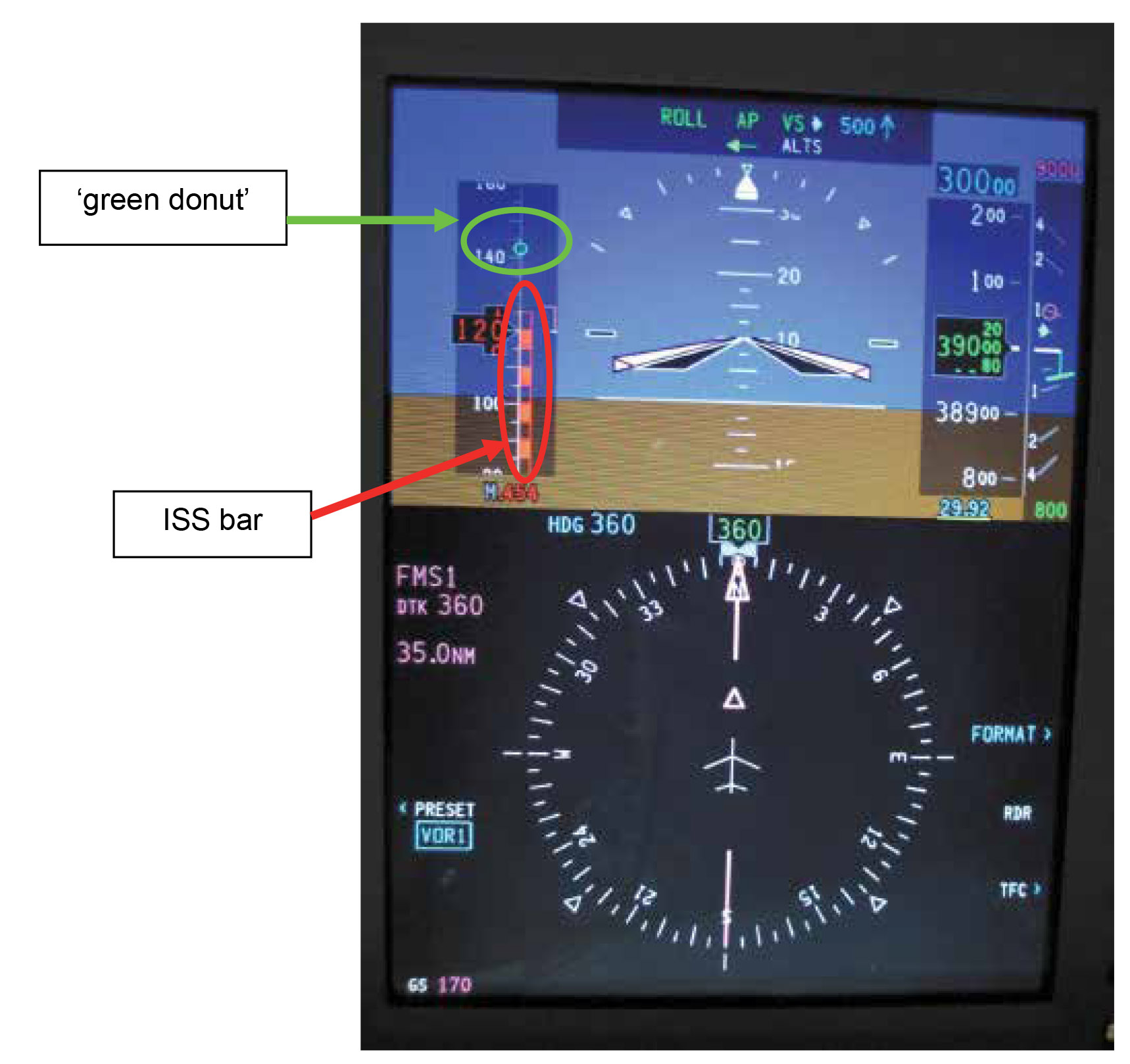 There is a lesson in all this for us: understand what your autopilot vertical speed is doing during a climb and be very paranoid whenever using it. Don't allow distractions while climbing in V/S, otherwise go back to FLC. If you think you might be prone to panic, spend some time in a simulator and ask the instructor to surprise you at some point.

The pilot operated the aircraft in an autopilot mode which left it vulnerable to a stall and did not monitor the reducing airspeed as the aircraft reached its cruising altitude. The ‘sticking’ of the stall warning system removed the safety feature specifically designed to protect against this.