One of the problems with working for a discount airline is that you may find yourself flying a discount airplane with discount maintenance manuals, discount mechanics, and the person in the next seat could very well be a discount pilot. The problem is compounded when the maintainers are not given enough time for their tasks and are therefore encouraged to cut corners where they can. Pilots can find themselves as the last line of defense but that can be all for naught if the pilots are also in the short-cutting mindset. It seems the NTSB didn't put their best team on this one, the report is poorly written and doesn't teach the lessons that are needed. Perhaps they were in the short-cut mode too. Let's do better... 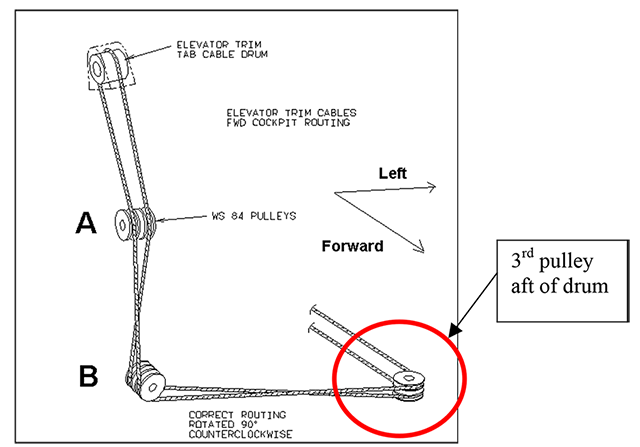 The pilot's misdiagnosis of the problem was certainly understandable. It would have taken amazing situational awareness and presence of mind to try opposite trim; I doubt I could have done any better. But his actions up to that point were indicative of complacency. Maintenance caused this crash. The pilot could have (and should have) prevented it before they ever got off the ground. 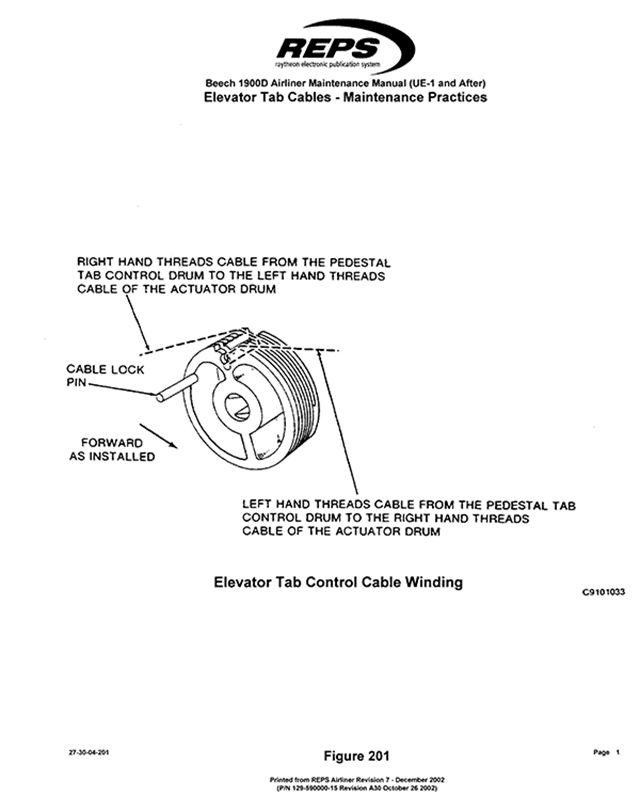 The NTSB contradicts itself in the next paragraph. Were procedures followed or not?

Step (c) in MM 27-30-06 simply says "Perform the ELEVATOR REMOVAL procedure" and sends you to the section of the manual that covers that, it is a big job. Step (i) says "Remove the mounting bolts and remove the actuator through the access opening." It appears these steps were skipped as a short cut, of course that would make routing cables much harder.

These are the same steps called for earlier and once again a short cut was taken.

The MM requires lead lines and that these be properly identified. The MTS instead marked the pulley.

Is the movement of an elevator trim tab intuitively obvious? I think even some pilots would have a difficult time rationalizing which way the tab should move to command nose up or nose down.

Did the MTS and QA inspector understand which way the elevator trim tab should have moved in response to the electronic trim tab actuator or the manual control? It appears they did not. Incredibly, the NTSB did not pursue this.

The report makes an issue of the depiction in the manual (figure 201 shown above) and perhaps rightfully so. But the MTS were not confused by it and I think it is a red herring. The problem was the short cut the MTS took in leaving the elevator installed and failing to use the lead wires to route the cables. That is why the elevator trim cable was routed backwards. The next issue was the manufacturer failing to delineate the operational check and the maintenance personnel assumption that they knew how the trim tabs should react to electrical or manual movement. 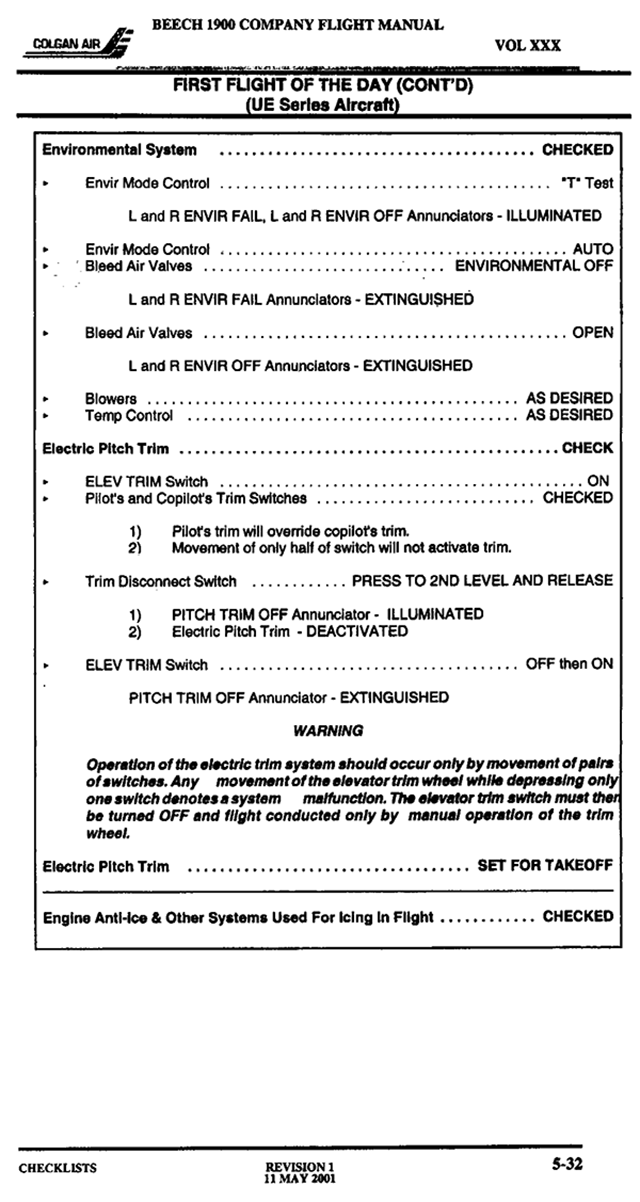 An airline crew can easily get into the mode of accepting the next airplane, flying the next trip, and not thinking about anything out of the ordinary. The airline may have a designated functional check flight crew and line crews can simply assume everything is okay. But even a line crew needs to wary anytime the airplane comes out of maintenance. Especially when dealing with any flight control.

More about this: Functional Check Flights.

Pilots often argue the need for "Challenge-Do-Verify" (CDV) versus "Do-Verify" (DV) checklists. In my opinion there is no debate and a CDV would have saved this crew.

More about this: Checklist Philosophy.

The report here is either in error or there is more to what happened than meets the eye. According to the CVR, the pilot's initial reaction to the elevator trim set too nose down was to use the electric trim, as would be expected. His reaction would be to command nose up. But the report seems to say the electric trim was correct and the trim wheel was incorrect. I think they got this backwards.