The Civil Aeronautics Board was pretty brutal in their treatment of this captain and I suppose it is justified. He should have been more vigilant checking the weather. He should have flown a better circling approach during his first attempt. He should have made a better decision rather than attempt a straight-in landing with a 13-knot tailwind. And he should have put the airplane onto a proper glide path and at the proper speed while on that approach. All that is true. 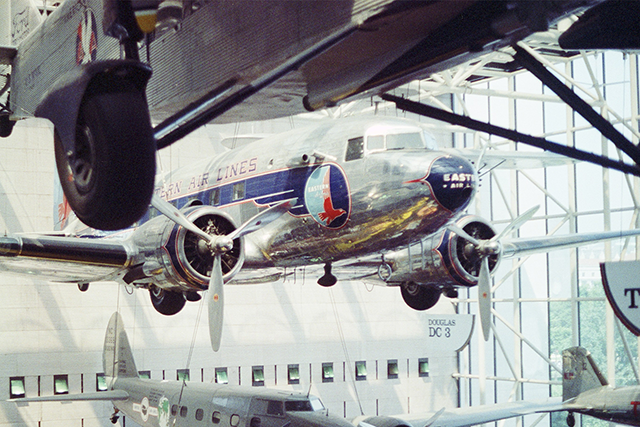 But underlying it all is the need to make the schedule happen, to satisfy the Point A to Point B mantra of our profession. Based on the weather at this airplane's alternates, they should not have taken off at all.

Given the era I suppose a lack of precision is to be expected, but the winds and runway assignment make sense. If the winds are out of the southeast (about 135°) landing on Runway 13 certainly makes sense.

The accident report assumes we know what type of approach this is, but seventy years later we are left to assume they flew an approach to the airport from the south, with instructions to circle to Runway 13. (They would have spotted Runway 4 from the south.)

Here again the report assumes we know the ADF approach involved was to a given runway. I am guessing it was runway 4.

If the winds were indeed from the southwest (about 225°), the airplane will have had a 13 knot tailwind.

The Board determines that the probable cause of this accident was the decision of the pilot in attempting a landing from an approach which was too high and too fast.