This was the deadliest single-aircraft crash in U.S. history at the time, and it was a wake up call to the industry. By 1975 many U.S. based airlines had already seen several disastrous windshear mishaps, including one in Pago Pago just a year previous, where a Pan American World Airways Boeing 707 crashed and killed 97 of the 101 crew and passengers. That mishap, however was blamed on "destabilizing wind changes." While the terminology was still in its infancy, a preceding aircraft used the "windshear" term exactly in a warning to other aircraft. That warning was heard by the crew of Eastern Air Lines flight 66, but it was ignored. 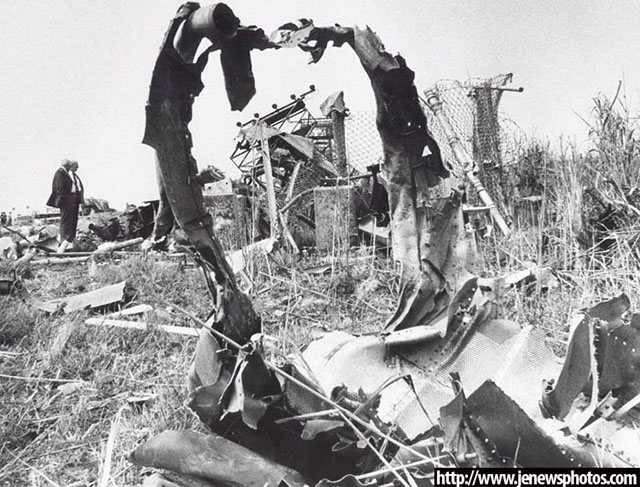 Out of this mishap grew windshear detection technology and a greater emphasis on pilot training. On a personal note, an aircraft that preceded Eastern 66 by just a few minutes pleaded with ground control to change the active runway. I believe the captain on that flight, Flying Tiger Line 161, was the person that taught me the minimum ground speed method. That story here: "Gravity Always Wins."

The National Transportation Safety Board determines that the probable cause of this accident was the aircraft's encounter with adverse winds associated with a very strong thunderstorm located astride the ILS localizer course, which resulted in high descent rate into the non-frangible approach light towers. The flight crew's delayed recognition and correction of the high descent rate were probably associated with their reliance upon visual cues rather than on flight instrument reference. However, the adverse winds might have been too severe for a successful approach and landing even had they relied upon and responded rapidly to the indications of the flight instruments." 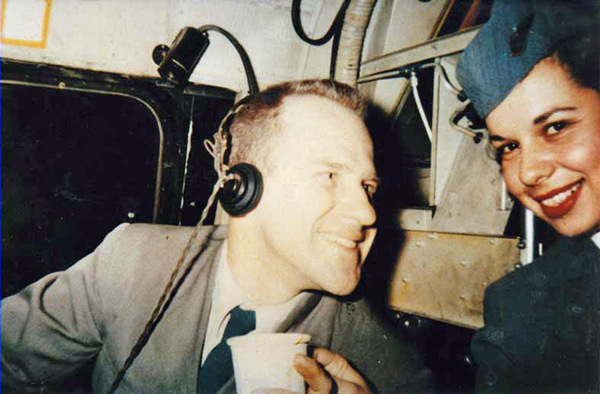 I've been telling this story for thirty years now, perhaps with a tinge of regret. Regret that I never knew who that DC-8 captain was, I wanted very much to contact him one day to thank him. I only caught the tail end of the TV show, I never caught his name or the airline he was flying for. Truth is, I didn't realize just how important this information was until the next day when it saved my life and that of my crew. Over the years I've made efforts, but nobody seemed to know.

Then, in 2015, a magazine I write for asked me to write an article looking at windshear, how we've progressed over the years. So I pulled up the NTSB aviation accident report on Eastern Air Lines 66 and read about a Flying Tiger Line DC-8 captain who landed just prior who worried about his ground speed and pleaded with ground control to change the active runway. I thought this might be the guy. I called the Flying Tiger Line Alumni Association and found out it was him, Captain Jack Bliss.

My name is George Gewehr and I’m the FTL historian and ex President of the association. The Captain you are asking about was Jack Bliss. He has flown west several years back, I’m thinking six years ago. If he were still here he would have loved to have heard your story. I have a news paper clipping of him with an attached article to it. Just coincidentally I was at Jfk when he landed. I had arrived from the west coast about forty minutes before Jack had landed. I had passed the very storm over the Sparta VOR that later hit JFK. When we were on the ground we were in the Tiger building and it hit us. It was a HELL of a thunder storm and moving very fast. I was sitting in our operations office when his copilot walked in and sat down next to me. I was startled to see him and asked him, “Where in hell did you come from” He said he just landed with Jack Bliss and that Eastern Airlines had crashed behind them. Jack had a load of live cattle on board his airplane. Needless to say the airport was closed for a while until JFK could sort things out. Hope that helps you in your search. 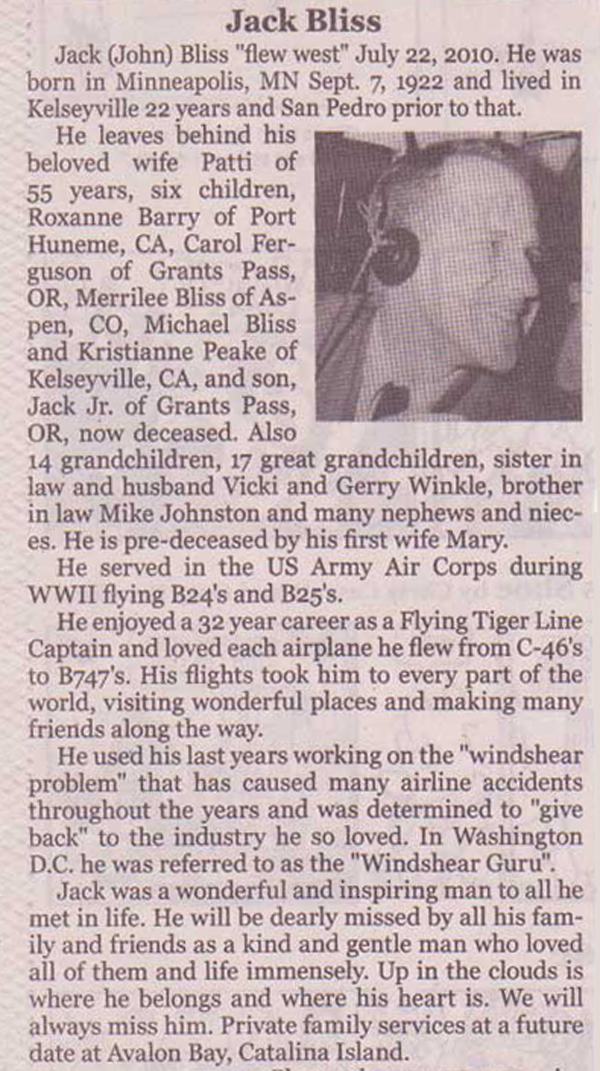 I think it is very important for pilots to have mentors and aviation heroes. It gives us something to aspire to and something to inspire us to learn and become better than we are. I've never met my mentor, but I will never forget him either.