Running an Air Force isn't an easy thing to do, especially when you consider the hardships those related to the flying mission after to undertake. One of the ways of boosting the morale of the troops is to allow the part of the Air Force that doesn't fly airplanes, that is to say most of the Air Force, a chance to partake in aviation now and then. This is often extended to family members. 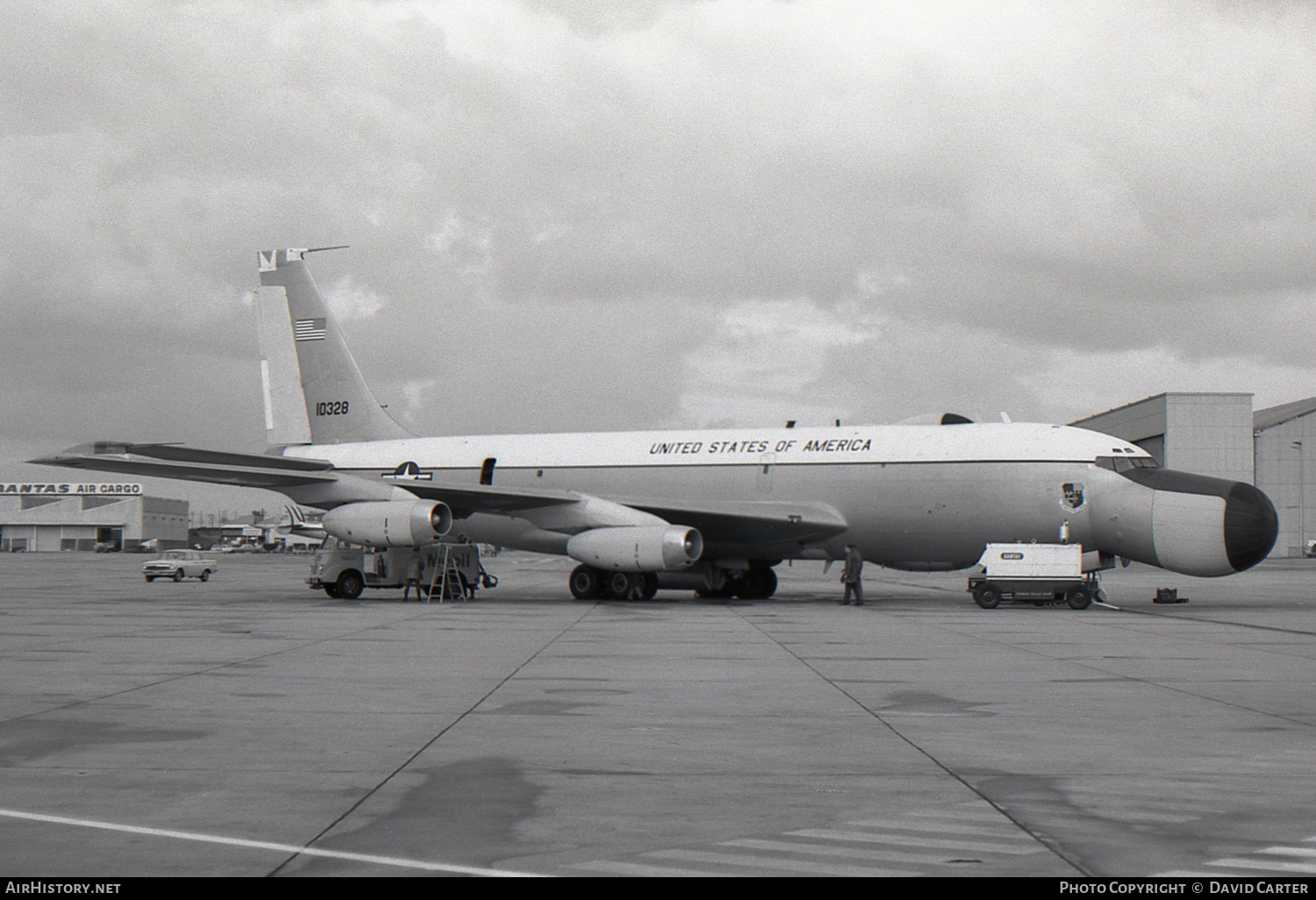 My wife has flown on a few of the Air Force airplanes I was checked out in, usually as a part of one of these programs. In fact, she flew on an EC-135J, a sort of sister ship to this EC-135N. As far as I can remember, we would never put a spouse into a pilot's seat.

This accident report says "There is no evidence that the presence of the passengers in the crew compartment contributed to, or caused, the accident." I disagree.

Given the situation, there wasn't much the pilots could have done once the pitch over occurred. But, in my opinion, the presence of family in the cockpit must have been a distraction and allowing someone who wasn't a qualified pilot into a pilot's seat had to have been a factor.

The cause of this explosion was undetermined; however, the aircraft was in an unrecoverable condition at the time of the explosion and a crash was already inevitable.