Whenever you fuel your aircraft you should have an idea of how much fuel you started with, how much you asked to have added, and how much you should end up with. If the numbers don't add up, you need to investigate. Further, if your fuel gauges are not reliable, you need to check the quantity using mechanical means prior to every flight. Had these pilots done this, the accident would not have happened. 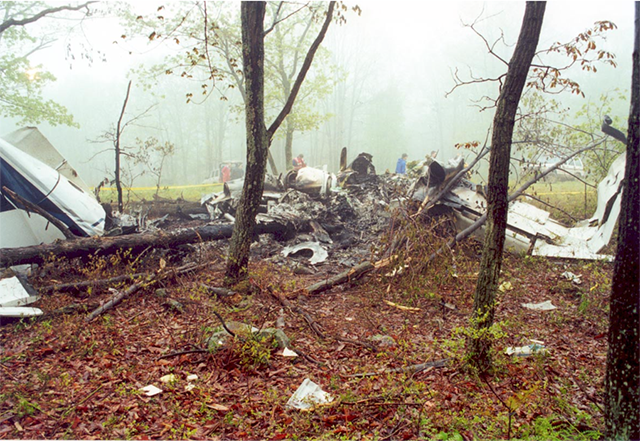 Both pilots need to be engaged in fueling decisions, it is too easy for one pilot to make a math error and it is imperative there be a cross-check. If either pilot has a doubt, he or she must speak up. Had that happened here, the accident would not have happened.

The only engine-out experience most pilots receive these days is in the simulator. When it happens in the airplane, they can forget the fundamentals and can end up with the airplane turning itself uncommanded. The pilots can end up fixated on the engine and completely forget the priority of keeping the airplane in coordinated flight. It appears this crew was on the ILS when the engine failed and ended up too far off course to continue the approach. Had they stayed on the needles they might have been able to land on the first approach.

One of their engines was developing power at impact, though it had flamed out earlier. It could be that keeping the airplane in coordinated flight would have kept the fuel flowing to the engine and had this been the case, the accident could have been avoided.

It appears the airplane was turning itself off course because of the asymmetric thrust, though it should have been perfectly capable of continuing the approach to landing had the pilots corrected the yaw with rudder.

The aircraft flew empty from Farmingdale (FRG) to Atlantic City (ACY). It was refueled at FRG but not ACY.

The airplane should have been easily controlled with an engine shutdown and should have been able to maintain level flight or even climb under these conditions, provided it was flown in coordinated flight.