This crew dialed the ILS frequency in the standby position while using the VOR for long range navigation, both neglected to select the ILS frequency prior to starting the approach. When they were unable to select APR with their flight directors, the failed to investigate why. The pilot then started to fly the VOR as if it were the localizer. The airplane's EADI had the fast/slow pointer on the left and the glide slope pointer on the right, both presented in the same color. The pilot's mistakenly saw the fast/slow pointer as the glide slope and descended well short of the runway. The first officer realized his failure to switch frequencies about a minute prior to impact and failed to call for a go around. The pilot had exceeded 1,000 fpm descent while following the fast/slow pointer as if it were the glide slope pointer.

The NTSB concluded both pilots were killed because they failed to cross check the ILS frequency and that is definitely true. But they also violated stabilized approach criteria which would have dictated a go-around at 1,000 feet in instrument conditions. 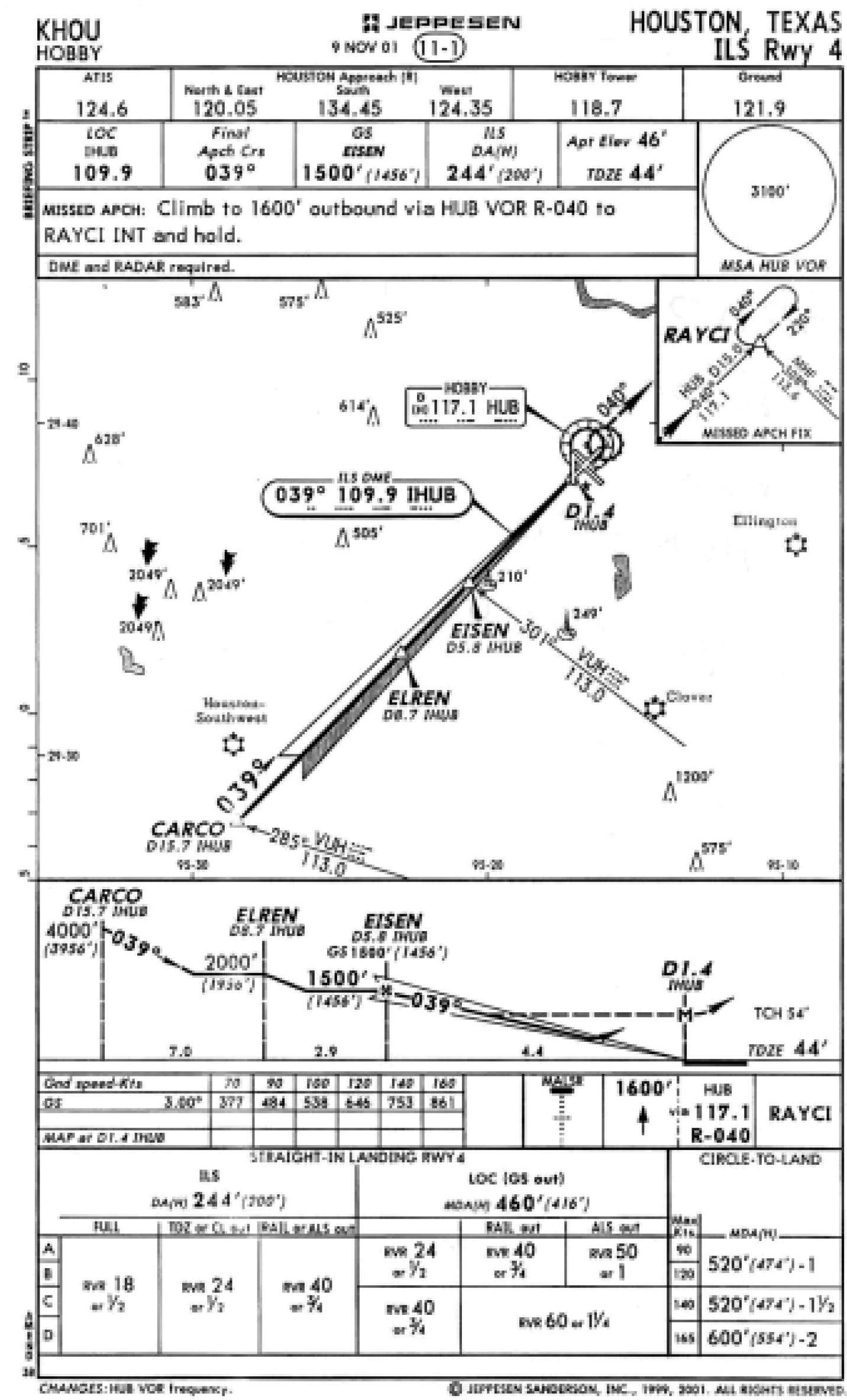 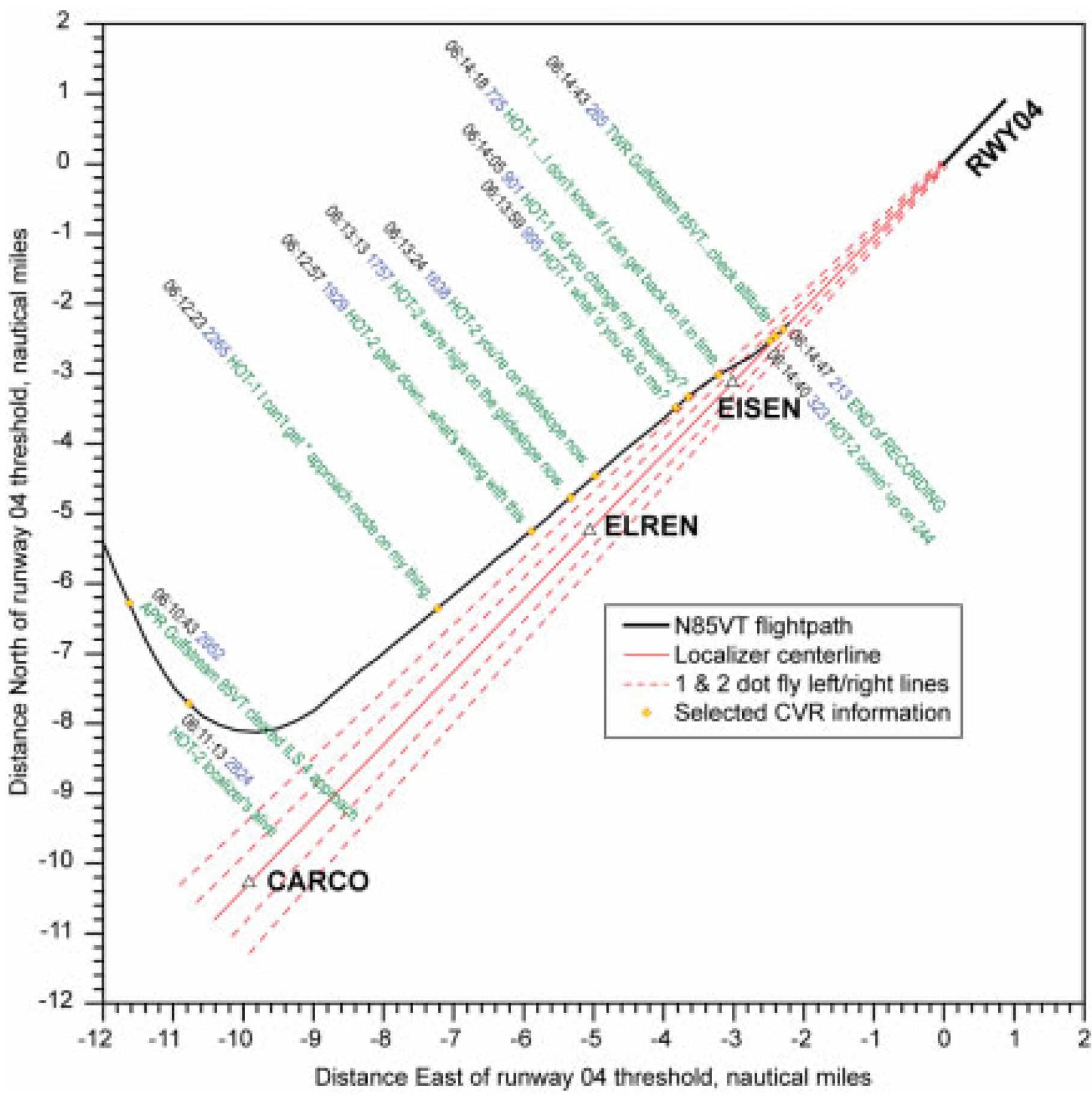 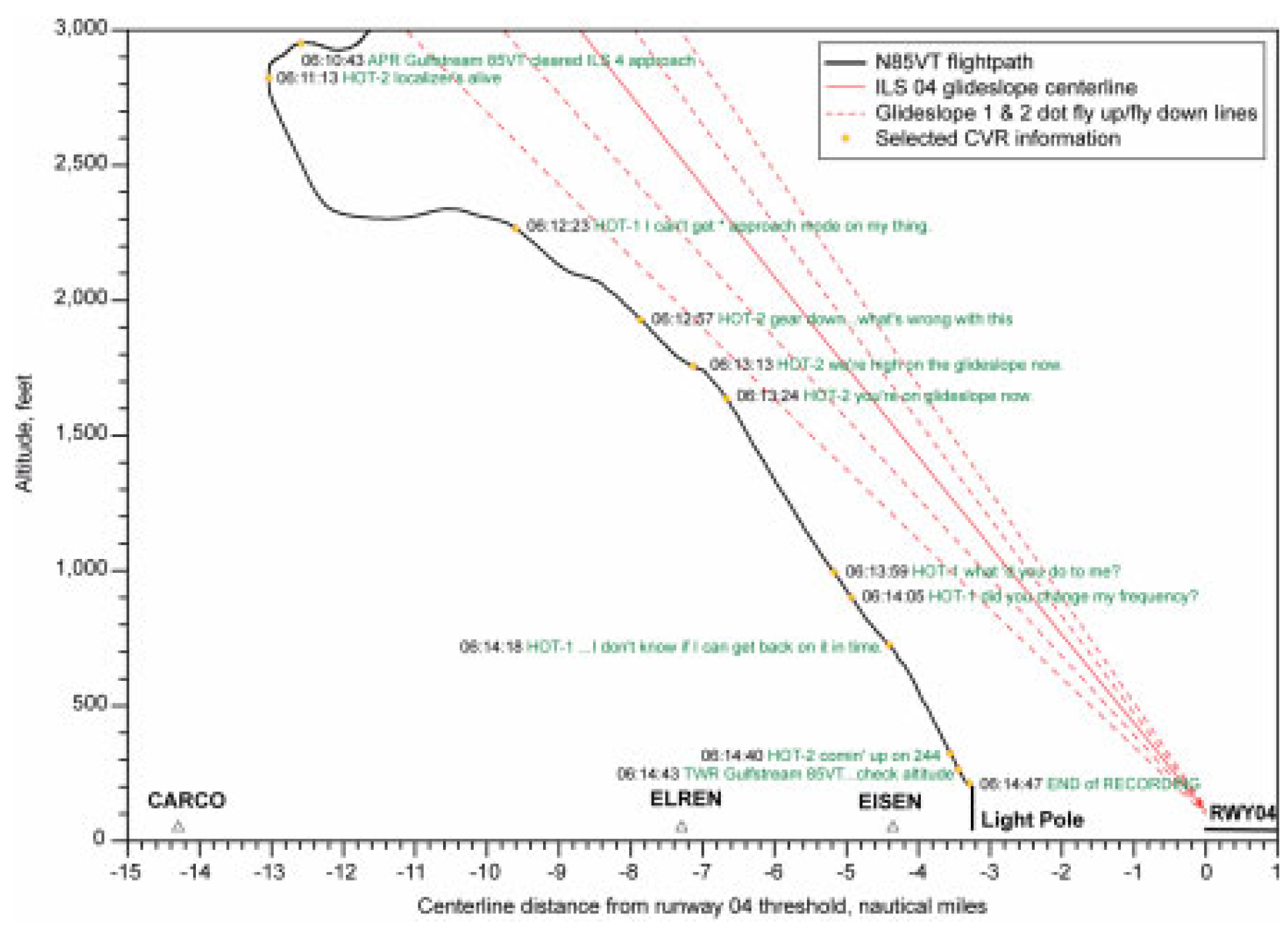 At 0614:32, the first officer stated, "I'm, I'm outside," and, 8 seconds later, he stated, "okay, comin' up on two forty four." At 0614:35, the automated radar terminal system minimum safe altitude warning (MSAW) provided visual and aural warnings to the Houston TRACON and HOU ATCT controllers. At 0614:42, the captain completed the before landing checklist, stating, "give me full flaps." " At 0614:45.2, the CVR recorded the first officer state, "up," seven times in quick succession. The CVR recorded the HOU ATCT controller simultaneously state, "check your altitude, altitude indicates four hundred feet." The flight crew did not respond to the controller's transmission. No further communications were received from the flight crew. 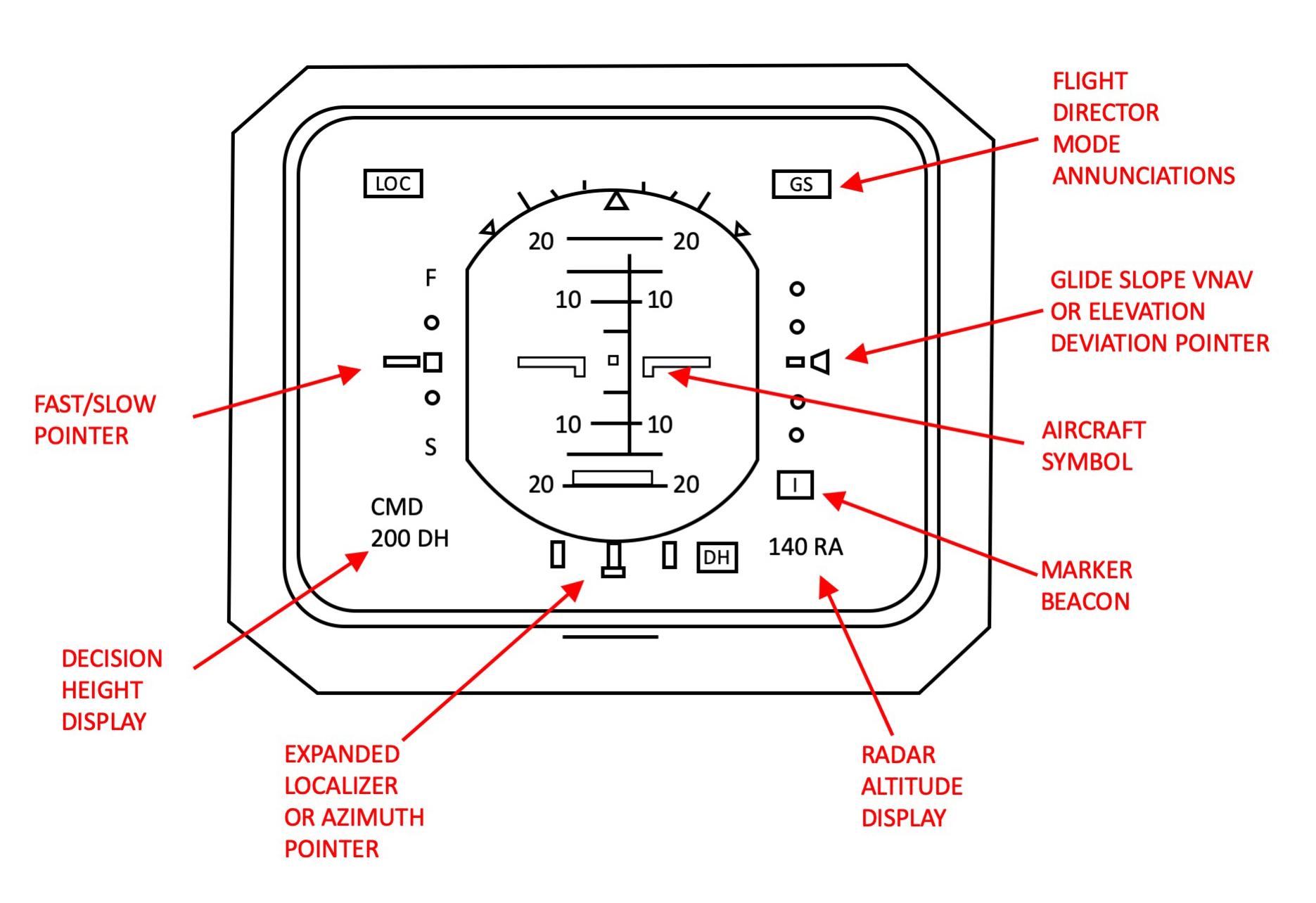 Postaccident benchtests set to parameters approximating the accident flight profile showed that the "glideslope," "500" foot, "too low terrain," "minimums," "300" foot, and "200" foot GPWS alerts should have activated on the accident flight. However, the CVR did not record the accident GPWS generate any alerts during the flight. The only common failure that could prevent activation of the GPWS glideslope and altitude callouts is a radio altimeter failure. However, a review of Business Jet Services' maintenance records and the CVR transcript found no evidence indicating any problems with the radio altimeter. The GPWS unit and the radio altimeter were destroyed during impact; therefore, the Safety Board was unable to determine why the GPWS did not operate as expected. Federal regulations would have required that the accident airplane be equipped with an EGPWS by March 29, 2005. The EGPWS provides pilots with a pictorial view of terrain in addition to aural alerts.

If you fly several aircraft with differing cockpits you should worry about this. Fortunately the presentation of information on Pilot Flight Displays are better standardized these days but we still have differences. Most aircraft these days are equipped with the glide slope pointer on the right side of the display and the fast/slow indicator on the left, in accordance with AC 25-11. Note that the glide slope indicator does not appear unless a valid ILS frequency with a glide slope is selected. The following is just such a "normal" display with the aircraft on speed (F/S pointer centered) and an ILS tuned with the glide slope centered. 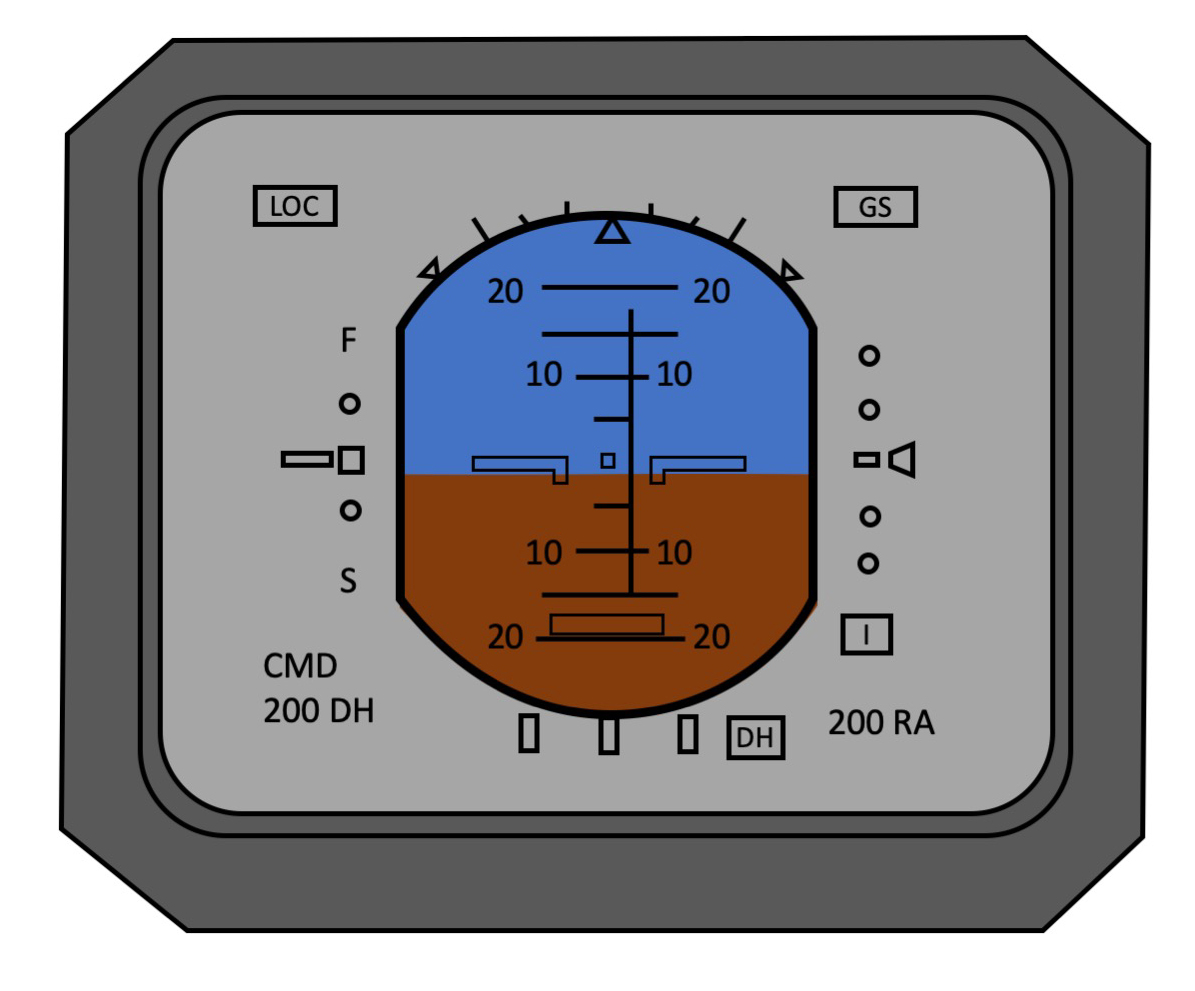 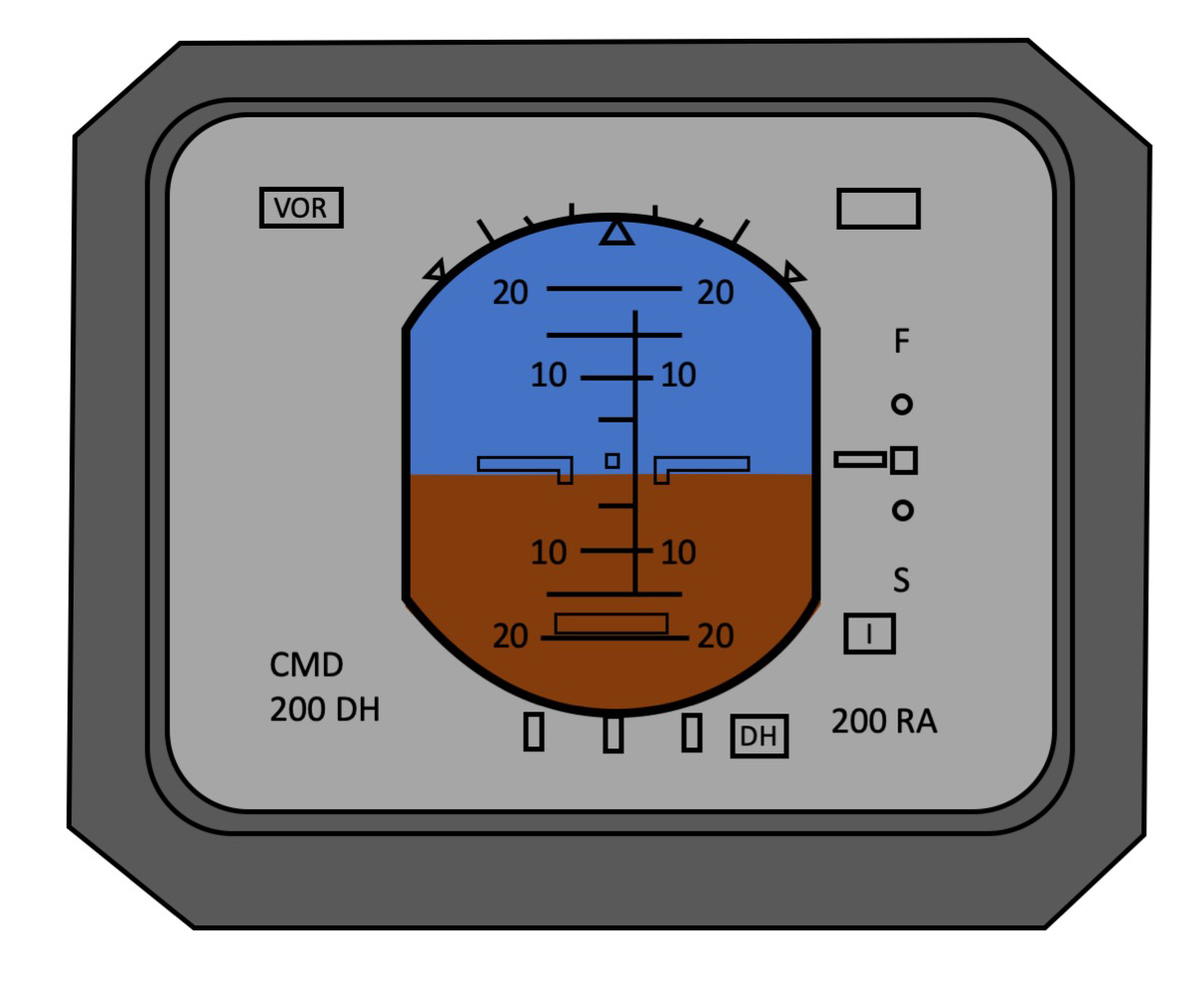 On speed and no localizer tuned with the speed deviation indicator right side, glide slope indicator left side but not in view.

Of course they made a lot of mistakes and should have noticed the absence of the LOC status bar. But at a quick glance the indicator on the right could have been confused for a glide slope indicator.