There has been a divergence of opinion in the Gulfstream world on the proper way to engage and disengage the auto throttles. There are two sets of switches, forward and aft of what were still called throttles. The switches forward will only disengage and the ones aft will engage or disengage. I think there is only one right answer. But that opinion is not unanimous. 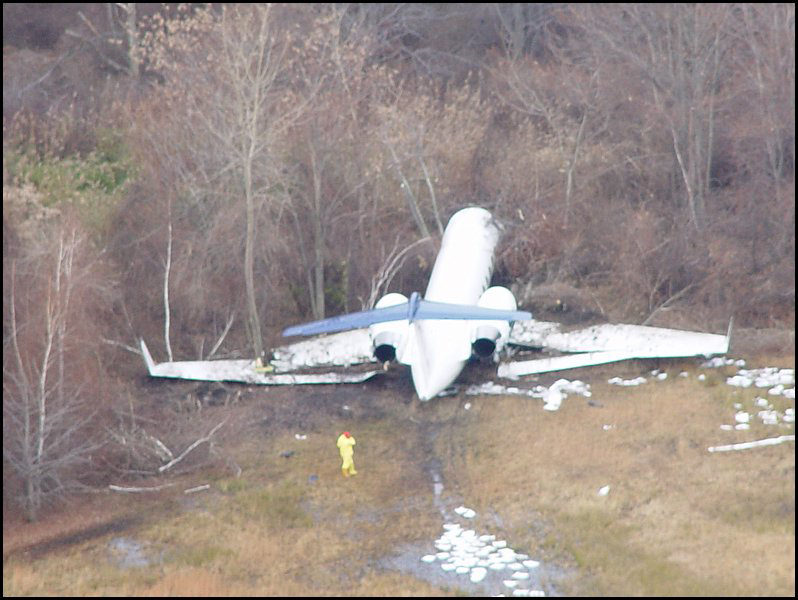 After this airplane was destroyed, we in the veteran Gulfstream pilot's club pontificated that the pilot must have clicked the aft switches twice. What we didn't know was the pilot actually disengaged the autothrottles over 500 feet AGL and they remained disengaged until 38 feet. A newer Gulfstream's autothrottles were designed to remain engaged until touchdown and would have already entered a "retard" mode by that height. But on this particular Gulfstream, you cannot land with the autothrottles engaged. I have about a year flying the GIV and I always used the forward switches to disengage the autothrottles. I suppose there may have been times I wanted to ensure they were disengaged so I might have hit them a few times. But it doesn't hurt to repeatedly hit the forward disengage switches. So what happened and why was a perfectly good airplane destroyed?

Test of the airplane and examination of the black boxes say someone hit the aft switches at 38 feet. Some pilots like to hold the throttles at the stem — a bad technique, to be sure — but it is unclear if this pilot had such tendencies. It is clear that someone hit those switches. But even that misses the point. 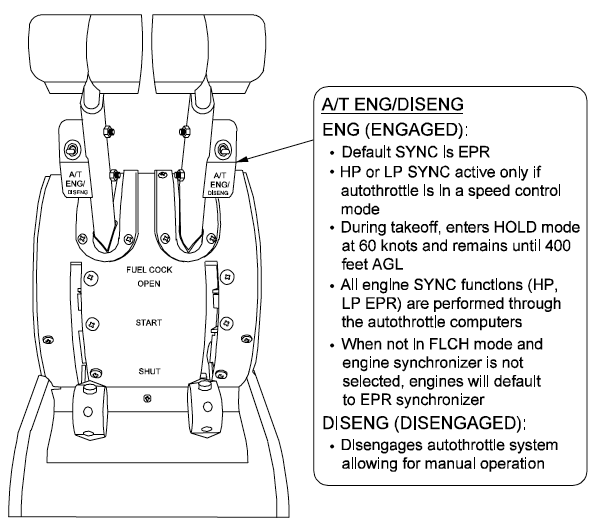 A/T Engage / Disengage Buttons, from Gulfstream GIV Operating Manual, § 2A-76-00, pg. 7. (Note that these switches will engage or disengage the autothrottles.)

The NTSB accident report does not mention the pilot's preference of switches when disengaging the autothrottles but that may not be particularly important in this case. The autothrottles were disengaged at 570 feet AGL and didn't reengage until 38 feet AGL. The switches are spring loaded and were found to be in good working order. It appears the aft switches were activated just as the pilot initiated the flare. It would take an unusual hand on throttle position to do this.

The cockpit voice recorder noted a "triple chime" consistent with a configuration warning.

The pilot's right hand was on the throttles and he should have noted they had moved forward. Once the throttles were forward of idle the ground spoilers and reversers would not deploy. The force required to override the autothrottles, in my opinion, is insignificant.

Part of the copilot's duties at this point is to note the position of the ground spoilers and reversers. The copilot noted the ground spoilers were not deployed and correctly activated the speed brakes. He did not, however, make note of the reversers. The reversers on an older GIV are annunciated by a bank of lights tucked high on the forward instrument panel and are easy to miss, but it is a required call out.

The normal wheel brakes were not impaired and could have brought the airplane to a stop. The emergency brake on this aircraft does not have anti-skid protection and does not meter between left and right brakes. It would be very difficult to maintain directional control with the emergency brake in a strong crosswind. 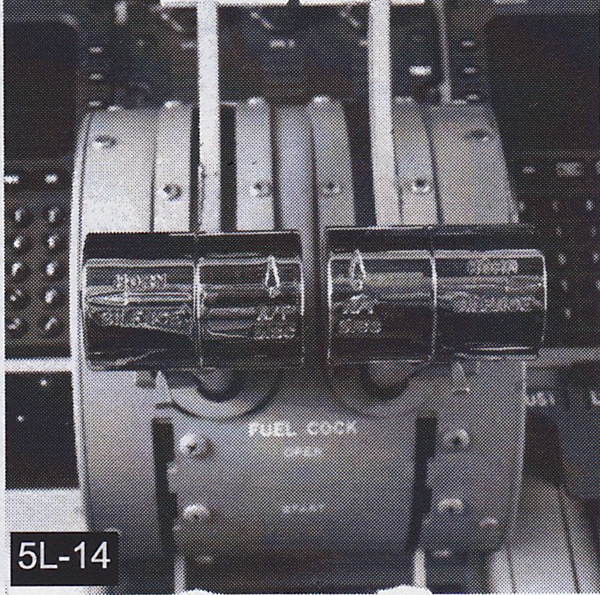 All that is true, the aft buttons should be used only to engage, the forward buttons only to disengage. But the primary reason this turned from an exciting landing to a landing that destroyed the aircraft was the pilot's failure to fly the airplane until it was stopped. Your throttle hand is your only real connection to the engines and in a Gulfstream the throttles can move on their own. When that happens you as the pilot need to ensure that is what you intended. Even ignoring the triple chime the pilot should have known the throttles were forward of idle and he should have forcefully snapped them back. He should have used his normal braking system to its fullest, the emergency brake led directly to the aircraft departing runway centerline. This pilot became a spectator in his own automated cockpit.