This mishap was due to the pilot's inability to maintain directional control in a crosswind during takeoff. The aircraft was controllable but the pilot was using light airplane techniques (lifting the nose early) on a jet (keep the nose down until at least VMCG.) 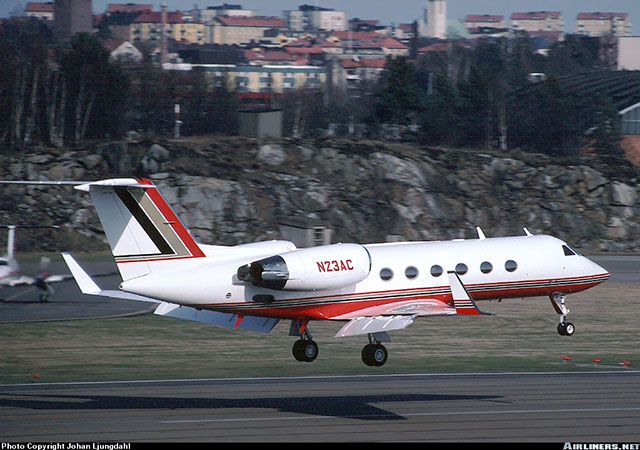 The NTSB and the world writ large place emphasis on the position of a switch in the cockpit that links the nose wheel steering to the rudder. The existence of the nosewheel pedals disconnect switch owes to the progression of GIII pilots into the GIV. The older aircraft didn't have a connection between the rudder pedals and the nosewheel steering and Gulfstream wanted to make them comfortable with old techniques in a new airplane. In the GIV and those airplanes that followed, I've yet to see a credible reason to ever disconnect the pedals from the nosewheel steering. But I think it really didn't matter, since the pilot had a history of bringing the nose up early.

The NTSB did not grace this accident with a full report, perhaps thinking it was just a case of two pilots and a switch in the wrong position. Looking at the narrative they provided, however, there are a few lessons to be learned here: 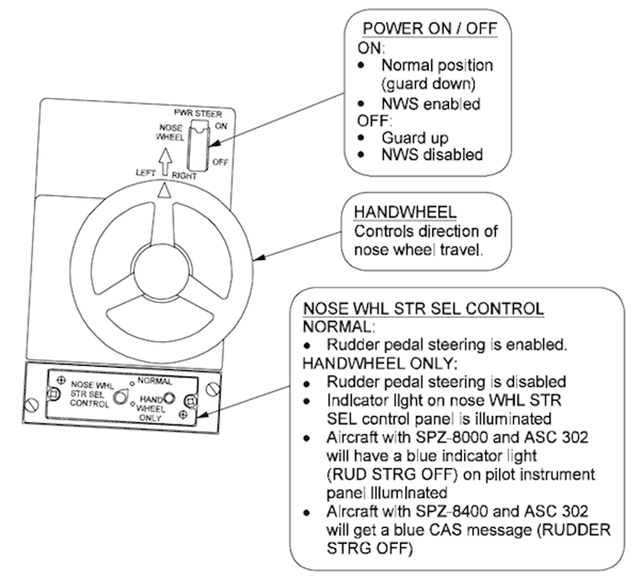 The PIC and PF was from Aon; the SIC and the aircraft were from Alberto-Culver.

It appears the PIC/PF did not set up the left seat cockpit, this was done by the SIC who normally flew this particular airplane. 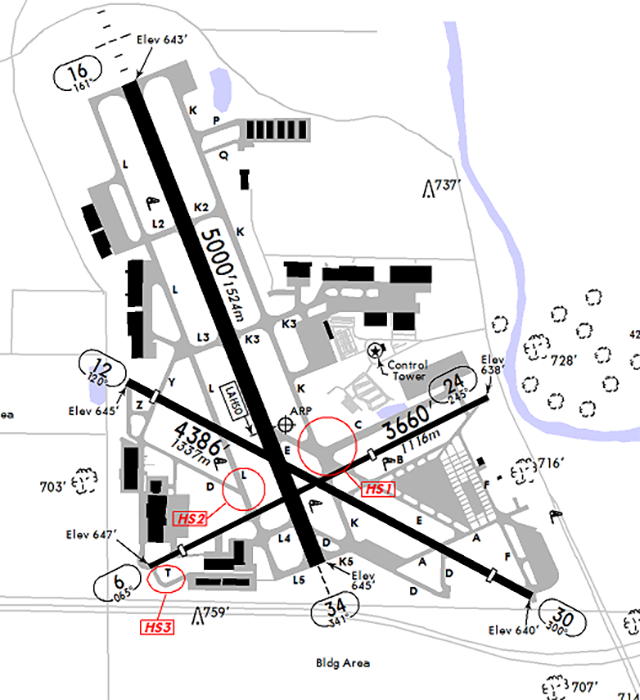 That intersection is about 1,000 feet from the start of runway 34; the divergence had to have been obvious well prior to V1.

It appears two of these taxiways are no longer labeled as such.

All witness statements support the scenario of a normal takeoff with no sign of a power reduction. In fact, the engines remained at full power after the airplane came to a rest.

Both pilots were highly experienced but there are a few things of note:

About the nose wheel steering system:

The GIV nose wheel steering system is normally controlled by a combination of inputs from a hand tiller and the pilots' rudder pedals. The rudder pedals can be removed as inputs by placing a "Nose Whl Str Sel Control" switch from "NORMAL" to "HAND WHEEL ONLY."

The winds were 280/24, creating about a stiff crosswind for Runway 34 but well within the aircraft's 24 knot demonstrated crosswind capability.

The quality of the recording was poor, but the last seven seconds was as follows: 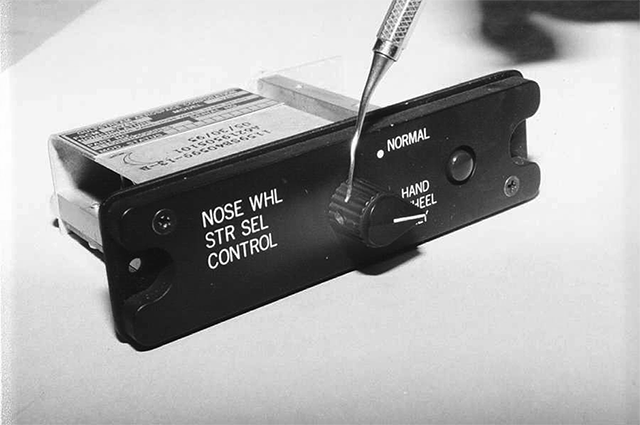 Failure of the pilot-in-command (PIC) to maintain directional control of the airplane during the takeoff roll in a gusty crosswind, his failure to abort the takeoff, and failure of the copilot to adequately monitor and/or take sufficient remedial action to help avoid the occurrence. Factors relating to the accident included the gusty crosswind condition, the drainage ditch, the flight crew's inadequate preflight, the Nose Wheel Steering Control Select Switch in the "Handwheel Only" position, and the lack of standardization of the two companies' operations manuals and Interchange Agreement.