There is a fascinating television program about this incident. "May Day: Ghost Plane" romanticizes the role of a flight attendant who managed to get into the cockpit and almost saved the day but perhaps lost his will after discovering his girlfriend, another flight attendant on board, had died. It also makes an issue of the captain's belittling of the first officer, shutting him down and possibly rushing him through his preflight duties. None of this is supported in the accident report, but it does make for good T.V. 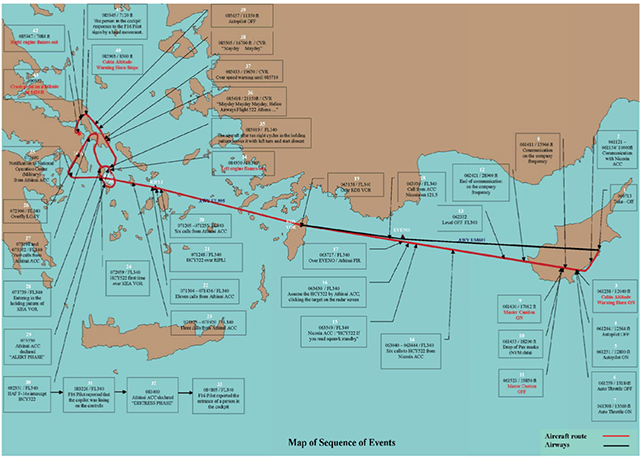 The report does note CRM issues and does a good job of figuring out what happened. It makes for good reading, but here is the abbreviated version:

Regardless of which version you believe — the romantic Hollywood tale or the cold facts of the accident report — there are several lessons we can take away from this mishap: 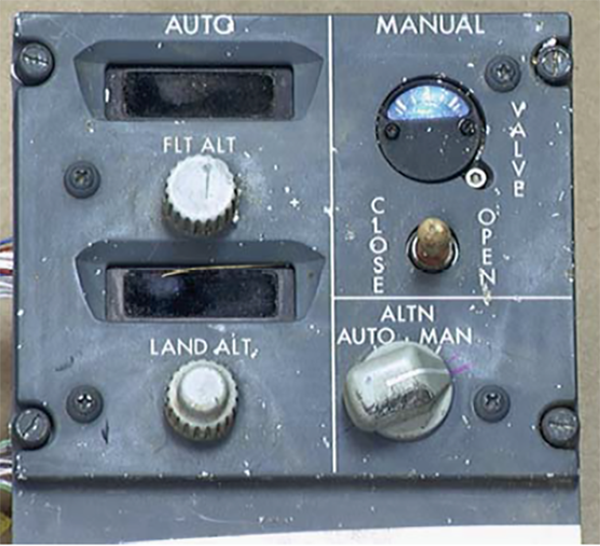 Post crash analysis determined the switch was actually in the "MAN" position from before the flight, during the flight, until impact when it was knocked into the position shown. (Actual switch position was recorded by non-volatile memory.)

He had been an airline pilot for various operators for 35 years with nearly 17,000 hours

He had 19 years of experience, mostly as a second officer, with just over 7,500 hours. He had a reputation for having difficulties with complex tasks, checklist discipline, and standard operating procedures.. 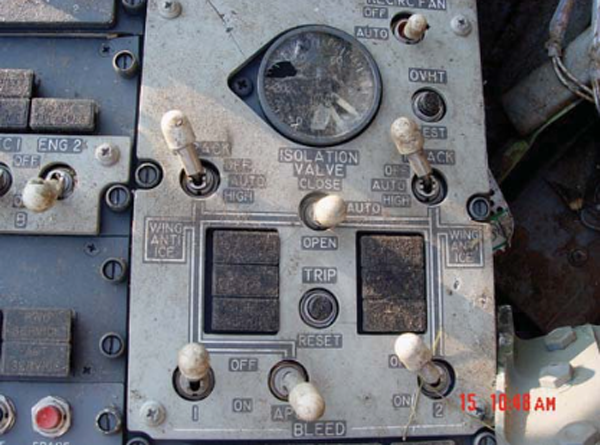 Note.- The air flow rates through the aft OFV are calculated values derived from the recorded outflow valve position and differential pressure.

The correct check would have been to bring the differential to 4.0 psi, fully close the outflow valve, and time the leakage. By simply demonstrating he could pump up the pressure to "max diff" the ground engineer did not prove anything at all about the leakage.