The captain became confused about an altitude clearance which was given as "climb and maintain one thousand five hundred meters," which he understood as 1,500 feet. When the aircraft reached 4,500 feet he asked the copilot about the clearance and understood him to say it was indeed 1,500 feet. He abruptly plunged the aircraft into a dive from which he and the the copilot were unable to recover. I'll leave the abrupt aircraft control as obviously inept and move on to the altimetry. Most American made aircraft which allow an altitude to be preselected into the flight director/autopilot require that altitude be set in feet. 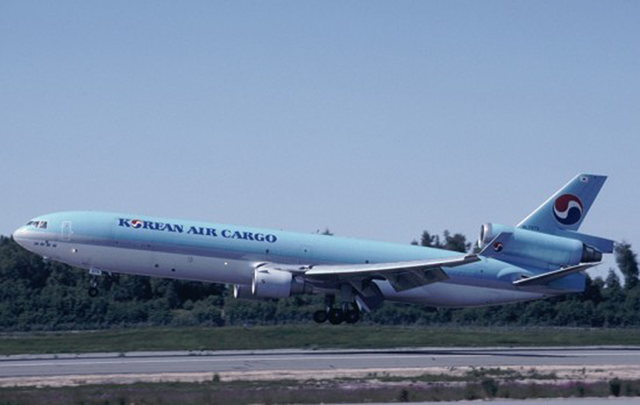 The bottom line is both pilots need to understand when they are operating in a metric environment and to clearly differentiate when they are changing to and from metric altimetry. (See Metric Altimetry for more on this.)

Note: I don't have any primary source material about this accident.

MD-11F cargo plane HL7373 was operating flight KE6316 from Shanghai's Honqiao Airport to Seoul. The plane was loaded with 68 tons of cargo and pushed back from it's stand. Shanghai Tower then cleared the flight as follows: "Korean Air six three one six clear to destination flight planned route flight level two niner zero. After departure turn left direct to November Hotel Whiskey. Initially climb and maintain niner hundred meters. Departure frequency one one niner zero five. Squawk six three one six." The engines were started and the airplane taxied to runway 18. Shortly after 4pm the flight was cleared for takeoff. After takeoff the first officer contacted Shanghai Departure and received clearance to climb to 1500 metres (4900 feet): "Korean Air six three one six now turn left direct to November Hotel Whiskey climb and maintain one thousand five hundred meters." When the aircraft climbed to 4500 feet in the corridor, the captain, after receiving two wrong affirmative answers from the first officer that the required altitude should be 1500 feet, thought that the aircraft was 3000 feet too high. The captain then pushed the control column abruptly and roughly forward causing the MD-11 to enter a rapid descent. Both crew members tried to recover from the dive, but were unable. The airplane crashed into an industrial development zone 10 kilometers (6 miles) southwest of Hongqiao airport. The plane plunged to the ground, plowing into housing for migrant workers and exploded.

The captain did not understand his altitude clearance was in feet and the first officer was unable to communicate this fact when asked. The captain then used overly aggressive control inputs to descend. After he realized the mistake, he and the copilot were unable to recover from the dive.