The crew attempted a landing when they knew the instrument landing system wasn't working, the weather was below minimums, and previous aircraft had diverted. After the crash Flight 803's pilot Kim Ho-jung was quoted as saying- "The airport was shrouded in dense fog and visibility was poor when I approached. I lost contact with the control tower for 15 minutes before the crash." Libya's official news agency JANA reported that a Soviet airliner one hour before Flight 803 had rerouted to Malta rather than land in the fog. 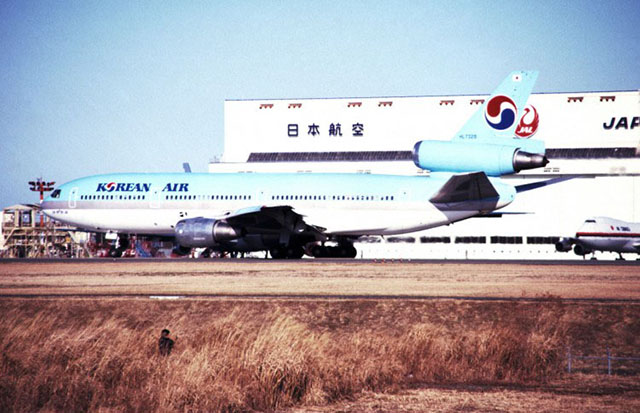 A Libyan court found the pilot and copilot guilty of neglect in December 1990. They were given prison sentences of two years and eighteen months respectively. In the case of the copilot the sentence was suspended.

Most reports on the crash are as shown below: "Airport navigational equipment for an instrument landing on the intended runway were apparently not working at the time of the event." That wasn't it at all. The crash was caused by pilots who didn't consider the navigation system outage and attempted a landing below minimums.

Note: I don't have any primary source references about this accident.

Flight 803 departed Seoul (SEL) on a flight to Tripoli (TIP) with intermediate stops at Bangkok (BKK) and Jeddah (JED). Weather was poor as the aircraft approached Tripoli. Visibility was varying between 100-800 feet and the runway 27 ILS had been reported unserviceable. On final approach to runway 27 the aircraft crashed short of the runway, striking 4 houses and a number of cars.

Airport navigational equipment for an instrument landing on the intended runway were apparently not working at the time of the event.