The accident investigation revealed that the captain entered a left bank as his attitude director indicator (ADI) froze and showed no roll moment. He continued the bank as the copilot's ADI and the standby ADI both showed he was now banking excessively. The airplane's comparator warning system sounded to alert all concerned that there was a problem with at least one of the ADI's. Throughout all this the first officer said nothing. The flight engineer did call out the problem, but the captain ignored his warnings as well as those from the airplane. Less than 60 seconds from takeoff, they all died. 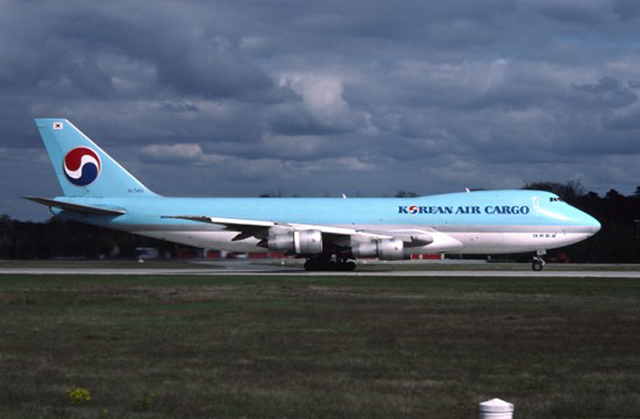 The failure in Crew Resource Management and the failure of both pilots to recognize an Unusual Attitude killed them both and their two crew mates. But why? The British Accident Investigation Board hints at a few answers:

There is another factor not mentioned in the accident report. Older aircraft the captain may have been familiar with would have self contained ADI's. That is, these ADI's were units unto themselves, not connected with any other equipment. If an ADI malfunctioned, the fault was more than likely to be in the ADI itself. Newer ADI's, such as the one installed on this Boeing 747, often get their attitude information from Inertial Reference Units (INUs). Pilots can easily cross train from one aircraft to another and not have a firm grasp of this idea. Had this captain understood that a little better, he might have properly diagnosed the problem.

Sitting in the left seat brings with it several responsibilities, among which is the need to stay sharp and avoid complacency. The best way to do that is to stay in the books and invite critique from others on the flight deck; but if you shut them down that opportunity is lost.

[On the previous flight] The commander was the handling pilot and at 1,000 feet, after a full power takeoff, the commander commenced a right turn. He reported that his ADI operated normally until the aircraft reached an angle of bank of between 10° and 15°. As the angle of bank increased further the attitude comparator warning activated (both aural and visual warnings). The commander reported that he compared his ADI indication with the standby horizon and the first officer's ADI, and with peripheral outside visual cues realised that, although his ADI was showing the correct pitch attitude, it was not showing the correct angle of bank. He handed over control of the aircraft to the first officer who continued to fly the departure and the crew cancelled the aural warnings.

This was a textbook response as would have been called for in the aircraft flight manual and by standard unusual attitude recovery procedures.

More about this: Unusual Attitudes.

The aircraft arrived at Stansted Airport at 1505 hrs on 22 Dec 1999, after the flight from Tashkent, Uzbekistan. Prior to leaving the aircraft the flight engineer made an entry in the Technical Log to the effect that the captain's Attitude Director Indicator (ADI) was 'unreliable in roll'; he also verbally passed the details to the operator's ground engineer who met the aircraft on arrival.

[Ground technicians removed the ADI and] noticed that Socket No. 2 on the smaller plug (ie the half of one connector forming part of the aircraft wiring) had been pushed back and he seemed to indicate that he felt this was significant. . . . [a second ground technician arrived with the necessary tools] and performed the task, hearing the distinctive 'click' as the socket was relocated in position. . . . He then pressed the 'Test' button on the captain's ADI and saw the correct instrument response, which also activated the 'Comparator' warning.

The investigators point out the pushed back pin was likely to have occurred during installation and since the ADI had been working normally until the previous flight, it was unlikely to be the cause of the problem.