Whenever I hear "I wonder what will happen if . . ." in the cockpit I prepare myself to get into an argument. I usually respond to "let's try this" with "let's not." The worst situations are when the person doing the asking is senior to you and can shorten your longevity with the company. In all these cases, unless you stop it, you are in danger of becoming an Amateur Test Pilot. Don't do that. 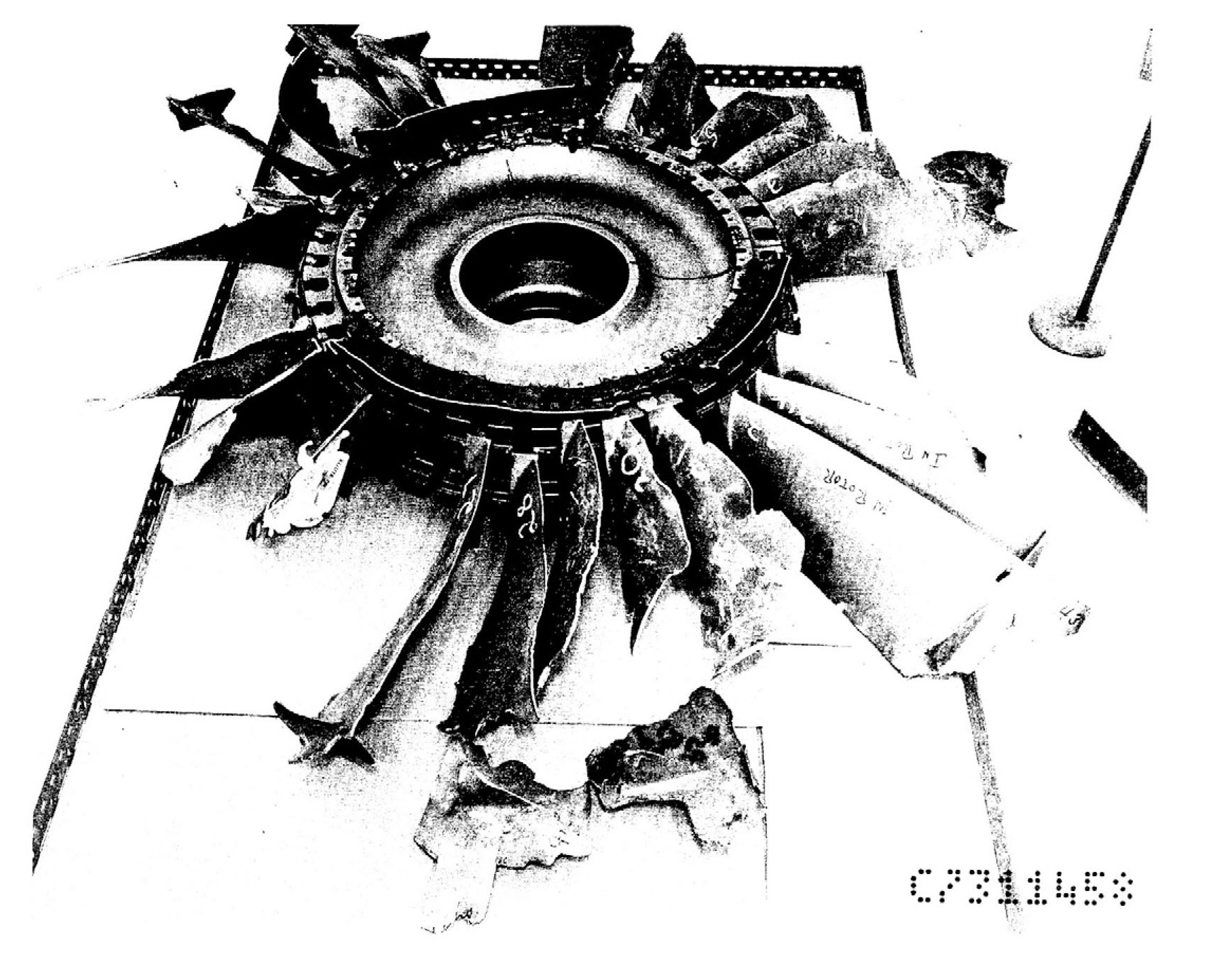 This is one of those accidents that just makes you shake your head in disbelief. You should keep this event in mind the next time you hear, "I wonder what will happen if . . ."

The flight from Miami to Houston was uneventful. At 1440 the flight departed Houston for Las Vegas on an instrument flight rules (IFR) clearance. The flight was to cruise at 39,000 feet and arrive at Las Vegas in 2 hours 49 minutes. There were 116 passengers and 12 crewmembers on board.

The climb to 39,000 feet was conducted with the use of the autopilot and autothrottle systems. The aircraft was leveled off at 39,000 feet and when the desired cruising speed of .82 MACH (257 knots indicated airspeed (KIAS) was attained, the autothrottle was disengaged and the power was reset manually to maintain the speed.

According to the captain, at about 1640, when the aircraft was in the vicinity of Socorro, New Mexico, he engaged the autothrottle system in the airspeed mode with a target airspeed of 257 KIAS. After the airspeed stabilized at 257 KIAS, and following a discussion with the flight engineer about the operation of the engine N1 (first stage fan) tachometers, the flight engineer pulled the N1 circuit breakers, and the target airspeed was reduced about 5 kn. on the speed indicator. The captain stated that when the throttles retarded slightly, he disengaged the autothrottles and remarked to the flight engineer that he was satisfied with the function.

At this time, the crew heard and felt an explosion, and the aircraft began to buffet severely. The pilots immediately initiated an emergency descent. The Albuquerque Air Route Traffic Control Center was alerted by means of the emergency code on the transponder that an emergency was in progress.

At 1645 radio contact was established with Albuquerque Approach Control, and the flight was cleared to descend to 8,000 feet and vectored for an approach to runway 26 at the Albuquerque International Airport. At 1659, the flight landed safely.

At the National Transportation Safety Board's public hearing concerning the accident, the captain testified that he had detected no discrepancies before the explosion. Just before the explosion, he and the flight engineer had discussed the electronic interrelationship between the autothrottle system and the associated N1 tachometers. As a result of their discussion, it was decided to check certain functions of the system. The captain stated that, "The flight engineer and I were speculating about where the automatic throttle system gets its various inputs, whether it came from, for example, the tachometer, itself, the N1 tachometer, or from the tachometer generator. So we set up the aircraft in the autopilot and in the airspeed (autothrottle) mode. . . . allowed the airspeed to stabilize (at the preselected 257 KIAS) then selectively, successively pulled the N1 circuit breakers on 1, 2, 3 engine." He further stated, "We retained a speed mode on the annunciator. I was satisfied at that point that the pick up came at some other point than the gage itself; but to check further, I retarded the speed bug on the airspeed indicator slightly . . . I merely wanted to check to see if the throttle followed the speed bug. I backed up the speed bug approximately 5 knots, and noticed that the throttles were retarding slightly. I reached in and disengaged the autothrottles and turned to the engineer and made some remark to him that I was satisfied with this function and at that point the explosion took place."

The flight engineer stated that after he had pulled the three N1 circuit breakers, he saw the captain engage the autothrottles and noted that the throttles responded to the setting of the speed bug. He stated that the captain then disconnected the autothrottle and that he (the flight engineer) reached up and reset the N1 circuit breakers. He believed that the captain was going to reset the power at this point but could not remember if the throttles had been advanced when the explosion occurred.

He stated that he realized the cabin was depressurizing so he closed the cabin outflow valve and activated the release switch for the passengers' oxygen masks. The first officer, who had been back in the passenger cabin, returned to the cockpit. While the door was open, the flight engineer noticed that the cabin was filling with smoke. He also noted that warning lights on his panel were indicating a failure of the No. 3 AC generator, No. 3 AC bus, and the No. 3 DC bus. He stated that all attempts to restore power on these lines were unsuccessful. He also noted failure indications for the No. 1 generator and the left emergency AC bus. The oil pressure and the hydraulic quantity for the No. 1 engine were low. According to the flight engineer, the captain switched on the emergency power, which restored his flight instruments, and subsequently electrical power was restored to the No. 1 AC and DC buses. He stated that during the approach, the wing slats and flaps operated normally, but that the landing gear had to be extended by means of the emergency extension lever. Although the No. 1 engine's oil pressure and hydraulic quantity continued to deteriorate during the descent and approach, both the engine and the system remained operational throughout the emergency.

It was reported to the crew following the landing that a male passenger, located in seat 17H, had been forced through a cabin window after it had been dislodged from its frame by fragments from the disintegrated No. 3 engine fan assembly. None of the flight attendants stationed in the passenger cabin witnessed this event nor were they made aware that it had occurred until after the emergency landing.

Statements from the flight attendants who were in the passenger cabin and in the lower galley during the engine disintegration indicated that the explosion was followed by blue-grey smoke in the cabin which became progressively more dense toward the rear of the aircraft. They also reported that shortly after the explosion, passenger oxygen masks were presented automatically in the midsection of the cabin, but that in other sections of the cabin, it was almost 3 minutes before the masks dropped. In the rear left side of the cabin, the masks did not deploy at all. Passengers seated in these sections had either to pry the oxygen containers open, or to move to other seats to obtain oxygen masks.

The first officer was not in the cockpit at this time and the identify of who is saying what only indicates each quote was from either the captain or the flight engineer.

You want to try it and see?

You're on speed right now though.

I guess it does

Yea, I guess it does -- right on the nose

Sound of explosion (simultaneous with word "nose" above)

Examination of the aircraft at Albuquerque revealed that the No. 3 powerplant disintegrated substantially at the first stage fan assembly.

The missing passenger was forced through the cabin window near seat location 17H. The window opening was 16 1/8- by 10 5/8 in. with curved corners of 4 1/2 in, radius. Although the seatbelt was fastened, about 8 inches of slack existed when it was fastened around a parson of the weight and build of the missing passenger. According to a witness, the occupant of the seat was partially forced through the window opening and was temporarily retained in this position by his seatbelt. Efforts to pull the passenger back into the airplane by another passenger were unsuccessful, and the occupant of seat 17H was subsequently forced entirely through the cabin window. The New Mexico State Police and local organizations searched extensively for the missing passenger. A computer analysis was made of the possible falling trajectories which narrowed the search pattern. However, the search effort was unsuccessful, and the body of the passenger was not recovered.

If the N1 circuit breaker were disengaged with the autothrottle system in use, the throttle could advance beyond normal authority limits.

The flightcrew was, in effect, performing an untested failure analysis on the autothrottle system.

There was no evidence of any failure or malfunction within the engine which would have caused the fan disintegration.

The National Transportation Safety Board determines that the probable cause of this accident was the disintegration of the No. 3 engine fan assembly as a result of an interaction between the fan blade tips and the fan case. The fan-tip rub condition was caused by the acceleration of the engine to an abnormally high fan speed which initiated a multiwave, vibratory resonance within the fan section of the engine. The precise reason or reasons for the acceleration and the onset of the destructive vibration could not be determined conclusively.

If you are shaking your head thinking that had the crew refrained from, as the NTSB put it, "performing an untested failure analysis on the autothrottle system," the accident would not have happened, then you should rely on an old safety officer's technique. If the official cause seems insufficient, read the recommendations for what really happened. The official cause can be papered over for political reasons. If you own an airline, you can probably pull some strings at the NTSB. One of the recommendations in this report stands out:

With regard to the flightcrew's performing an untested failure analysis of the autothrottle/speed control system, the Safety Board stresses that the operator and the pilot-in-command should be fully cognizant of their operational responsibilities to conduct the flight in a professional manner and not to conduct experiments to aircraft systems in which they have not received specific training or instruction.