Taken in isolation, this accident is simply the case of a captain's poor decision making and instrument flying skills. But there is much more to it than that. But there is yet another aspect to this accident that is even more important. The captain behaved without regard to instrument procedure and the first officer was a passenger in the right seat. It was a part of the airline's culture. 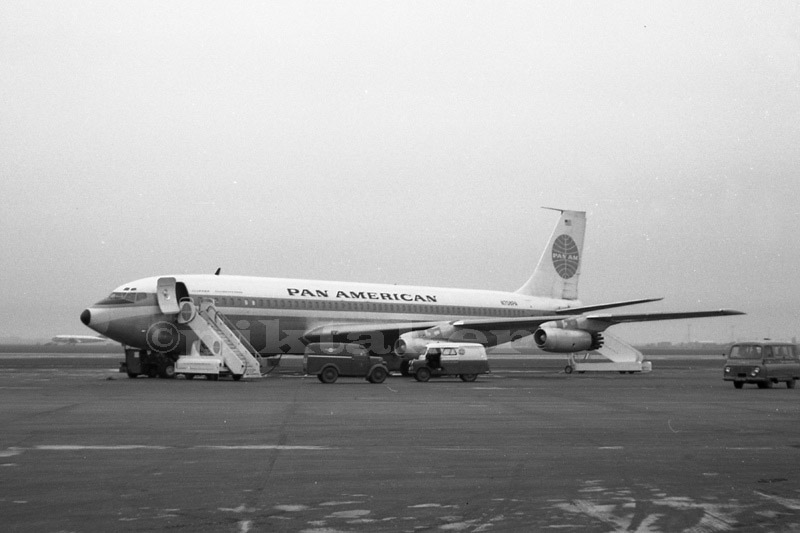 This was another incident in a series of 13, 11 of which pointed to a problem with the Crew Resource Management culture at Pan American World Airways at the time. They were able to reverse this culture and became one of the safest airlines in the world.

The flight data recorder did not survive the crash and most of the evidence comes from recollections of radio conversations and eye witnesses. Nevertheless, it is possible to deduce the aircraft was flight planned to fly a straight line from Martinique and Antigua. A weather system would appear to have made a westerly deviation prudent. Air traffic control instructions were to cross Guadeloupe, just south of Antigua, at 8,500 feet and to overfly Antigua at 2,500 feet. The crew was seen descending to 1,000 feet well short of Antigua. 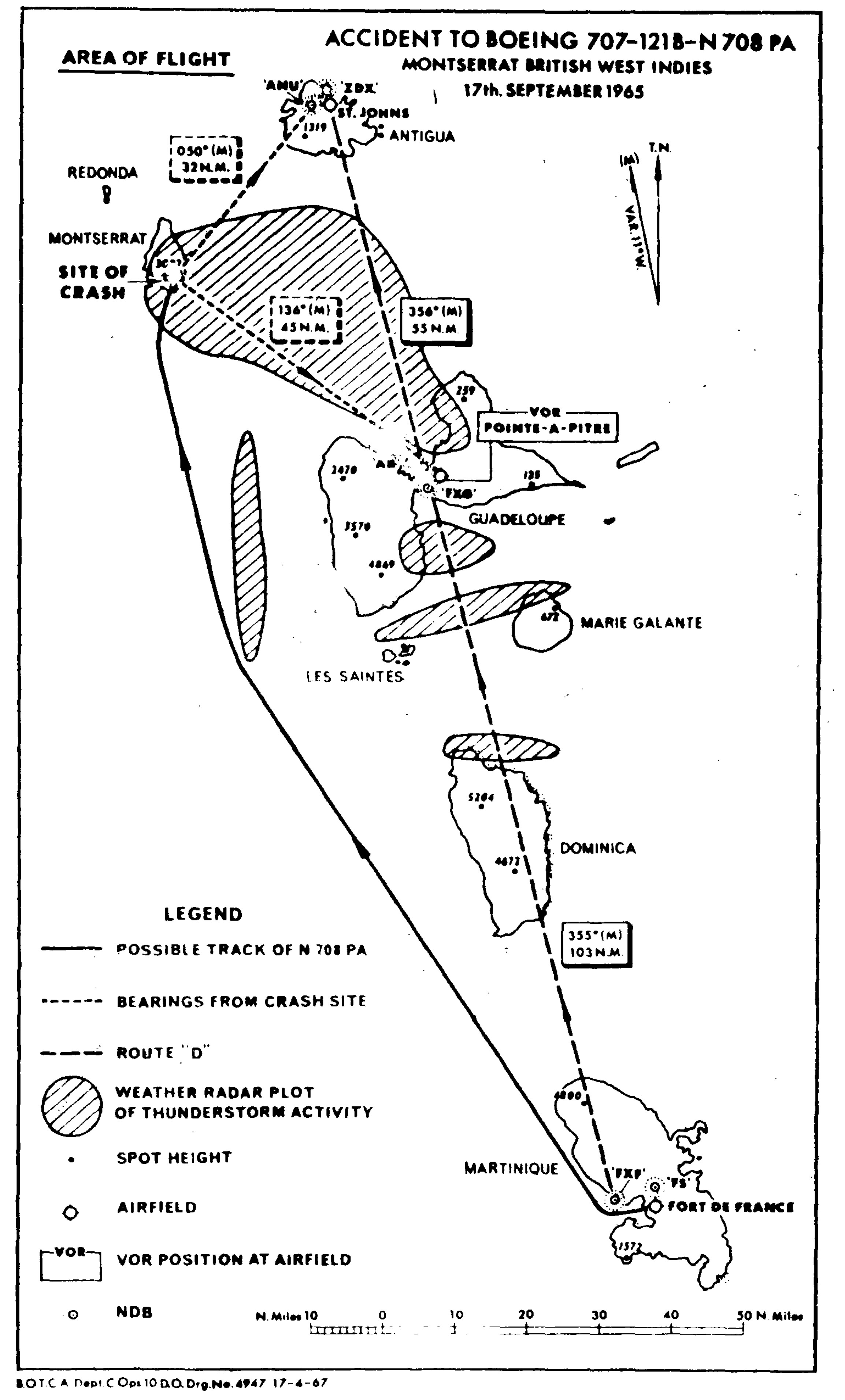 * The airport at St. Johns, Antigua, is also known as 'Coolidge' Field.

The aircraft was set up to fly an instrument approach which would have required them to overfly the airport at 2,500' but because of the terrain between them and the field, to stay above 8,500' until passing Guadeloupe, the island just south of their destination island.

Temperature: 27° in the tower

In their route of flight, there were multiple coasts that could have been in sight: Dominica, Marie Galante, Guadeloupe, Montserrat, and Antigua.

Both pilots' altimeters were severely damaged and no readings were possible from the faces of the instruments, but in both cases it was possible to observe the positions of the 1,000 ft increment altitude drums by means of cutting inspection 'windows'. By comparing these positions with the equivalent on a serviceable instrument, it was deduced that each instrument was reading between 2,000 ft and 3,000 ft altitude at the time of impact.

If your aim is to establish guilt or innocence, there is enough doubt here to say perhaps the flight instruments misled the pilots into thinking they were farther north than they actually were. But that isn't our aim here; we are here to extract flying lessons. Given that, it looks like the pilots deviated off course for weather and then began their descent based on a momentary view of an island coastline.

They were unable to recover many of the flight instruments, some of which had histories of malfunctioning. But the preponderance of evidence ruled out mechanical malfunction.

While FL165 for a 158 NM trip isn't too unusual these days, it would have been a poor altitude for a Boeing 707, requiring a rushed descent at some point.

Both pilots were highly experienced but both had fewer than 300 hours in the Boeing 707, which was their first jet. It would have been easy for them to miss the fact that FL165 was an unreasonable altitude. Looking at the time line it seems they never made it to their filed altitude and at some point had to go from "climb mode" to "descent mode" unexpectedly, and that would have put them into a rush to get things done in time for the landing.

The captain had flown the route many times and was issued topographical charts of the area. But these charts were found inside his brief case.

The pilots appeared to forget they were flying under instrument flight rules because they could see the ocean and various islands below them. They neglected minimum safe altitudes without being sure of their position and crashed into a mountain on an island southwest of their intended island. How could two pilots of the world's leading airline, at the time, fly so poorly? Because that airline, at the time, had a culture of poor flight discipline and one where the captain's decisions could not be questioned.