Taken in isolation, this accident appears to be a simple case of a pilot flying an instrument approach incorrectly. But there is much more to it than that. This was another incident in a series of 13, 11 of which pointed to a problem with the Crew Resource Management culture at Pan American World Airways at the time. They were able to reverse this culture and became one of the safest airlines in the world. 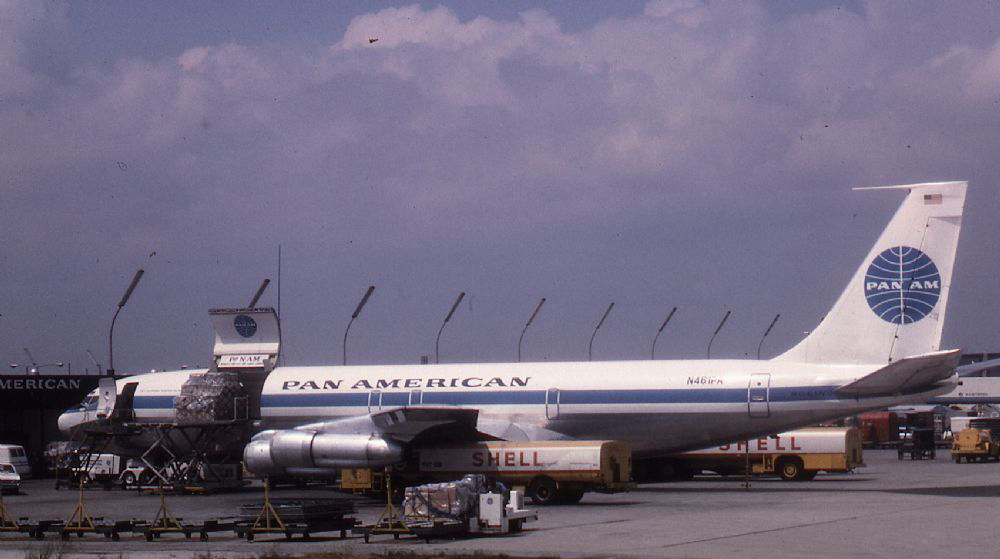 Reading the accident report you would believed the captain somehow was thinking one step ahead of the airplane and descending one step early; the copilot was simply confused and didn't realize what was happening. But if you know a little more about the captain and the culture of the airline at the time, you realize there was a lot more to it than what was in the report. The captain had a record of having trouble planning his descents and not allowing dissent in his cockpit. This appeared to be a part of the culture of many Pan American World Airways captains at the time.

The weather wasn't too bad but it was late at night. Perhaps the biggest clue as to why the accident occurred can be found in the differences in age and experience between the two pilots.

If you read the accident report's analysis with the perspective of crew resource management as we know it today, you will probably agree that the captain somehow lost situational awareness of the approach and the copilot was either confused or unable to express himself clearly enough. But if you knew the captain's history and the way the airline treated copilots who questioned their captains, you come away with a different conclusion. Thanks to an excellent book by Robert Gandt, we have just such an insight.

The following narrative is from the excellent book, Sky Gods, by Robert Gandt. It may be one of the best books on Crew Resource Management ever written.

Jim Wood was the first of his class to complete first officer training. For his initial line trip he was scheduled to fly with one of the ancients, a senior captain named Lou Cogliani. The trip was to Honolulu and back.

Wood showed up an hour and a half early. His shoes were spit-shined. The three gold stripes on each sleeve glowed like neon. He was prepared to learn about flying from the old master.

Captain Lou Cogliani, Master of Ocean Flying Boats, peered at the young man over the tops of his half-frames. It was the Look. He ignored Wood's hand. "How long you been flying, kid?"

"Ten years, including the Air Force and-"

"Never mind that shit. How long you been with Pan Am?"

Cogliani leaned over the operations counter. "Goddamnit, Evans," he barked at the clerk. "What's going on here? I told 'em I didn't want any new hires in my cockpit."

"I don't make the schedule, Lou. There's the phone. Call the chief pilot if you want."

Cogliani glowered at the phone. Then he shuffled through the paperwork for the flight to Honolulu. He ignored his new copilot.

They took off. Cogliani still had not spoken to Wood, except to order him to read the checklist.

Wood watched how the old master flew the 707. Captain Cogliani, he noticed, flew an airplane the way a bear handled a beach ball. He gripped the yoke with both hands. The veins stood out on his tensed forearms. He yanked, jerked, shoved, manhandled the protesting 707 all the way to 35,000 feet.

Wood glanced back at the flight engineer. The engineer nodded and rolled his eyes.

Wood was confused. Cogliani was a Skygod-a Master of Ocean Flying Boats. He was one of those legends that Wood most of all wanted to be like someday. He was supposed to be a hero. Something was wrong, thought Jim Wood. The Skygod was an asshole.

Approaching Honolulu, Cogliani commenced his descent from altitude too late, ignoring Wood's reminder about their rapidly diminishing distance from the airport. Too high for the approach, Cogliani had to fly a circle to lose altitude. Then he overshot the localizer, the final approach course. Honolulu Approach Control vectored them back onto an approach course straight into the runway.

At fifteen hundred feet above the field, the captain had still not called for the landing gear down. Wood kept his silence.

A thousand feet. Still no gear. Jim Wood bit his lip and said nothing.

At six hundred feet, Wood could stand no more. "Do you want the landing gear down, captain?"

Cogliani glowered at him. "Landing gear? Goddammit, I'll tell you when I want the gear down." Two and one-half seconds later, with a great deal of authority, he told him. "Gear down!"

No one, not even a new hire like Jim Wood, would dare suggest that the captain-a Master of Ocean Flying Boats-might actually have forgotten to lower his landing gear. Instead, Wood did something even more foolish. He laughed.

Three days later, in the chief pilot's office, Wood received his first lesson in Skygod protocol. The chief-the craggy-faced man who had welcomed Wood's class to Pan American-regarded the young man over the tops of his own half-frames.

"Then get this. You will sit there and raise and lower the captain's landing gear-on command-and keep your impertinent, newly hired mouth shut. Clear?"

The news filtered down to the crew lounge. Pilots stood in clusters talking about the crash.

"A 707 freighter, on descent into Manila. Disappeared off radar. They think it hit the mountain range east of the airport."

"Who was the captain?"

Cogliani. No comment, just a silent nod. It wasn't the right time to make judgments. But each pilot guessed in his heart what had happened out there in the Pacific. And he worried that it could happen again.

I think the culture of the airline allowed the skills of their captains to atrophy because there was very little oversight. I think the crew didn't actively back up the captain because they were fully indoctrinated into a culture that discouraged any kind of negative feedback towards the captain. In that situation, crew often become passengers.

The Board determined that the probable cause of the accident was improper crew co-ordination which resulted in the premature descent of the aircraft.