We are all at risk for complacency, but judging by the demeanor of many commuter airline crews that I've seen over the years, they would seem to be at greatest risk. 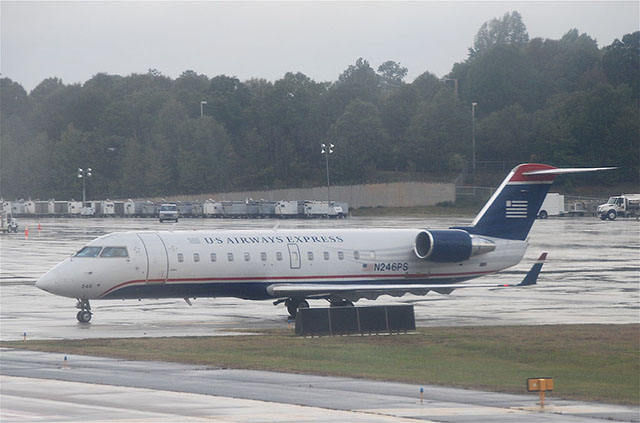 This crew was carrying on an animated discussion of non-flying matters while failing to properly configure the airplane for takeoff, the captain noticed the improperly set flaps just prior to V1, attempted to set them, and then initiated an abort above V1. The only reason they got away without hurting anyone was the Engineered Materials Arresting Systems (EMAS).

On January 19, 2010, PSA Airlines (d.b.a. US Airways Express) flight 2495, a Bombardier CL600-2B19, registration N246PS, rejected the takeoff and ran off the end of the runway at Yeager Airport, Charleston, West Virginia. The airplane stopped in the Engineered Materials Arresting System (EMAS) installed in the safety area. There were no injuries to the 31 passengers or 3 crew members onboard and the airplane received minor damage. The flight was operating under the provisions of 14 CFR Part 121 and its intended destination was Charlotte/Douglas International Airport, Charlotte, North Carolina.

The captain had nearly 10,000 hours total time, half of it in this particular type. He was very proficient. The first officer had nearly 2,000 hours in type. Judging by the banter in the cockpit, they were very comfortable flying with each other. They were prime candidates for complacency.

The CL-600 is certified for takeoff flap settings of 8 or 20. The accelerate stop distance, 5,730 feet, was fairly close to the runway length, 6,300 feet. It appears the takeoff warnings were generated by the movement of the flap handle from one valid setting to another.