The pilot clearly flew below glide path during the approach and then again once spotting the approach lights. The Air Force places the blame squarely on him. But that misses a bigger question: why did the pilot tend to "duck under" knowing the terrain just prior to the runway was so unforgiving? Or at all? 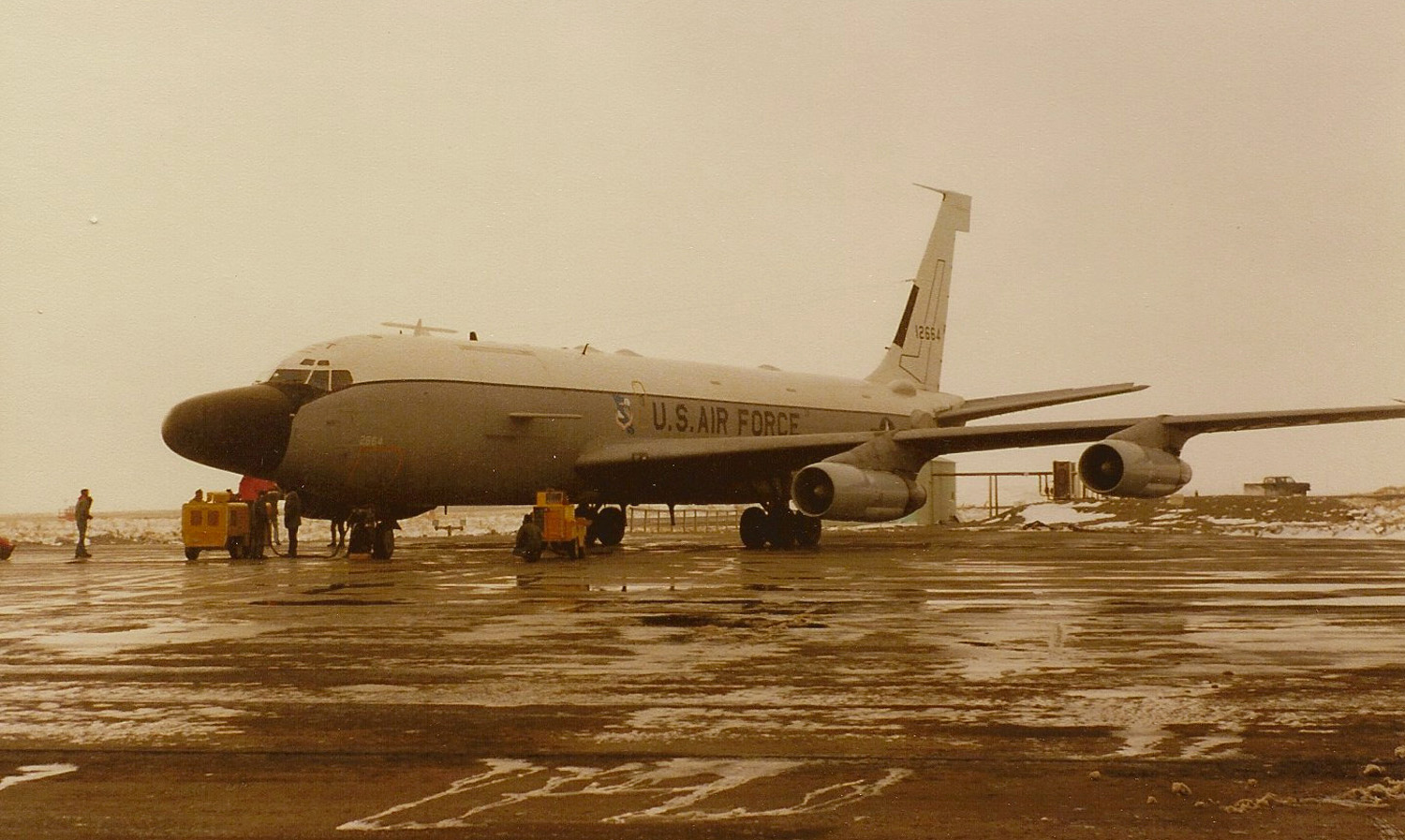 When I first read the accident report it was classified because of the mission of the airplane. The full report left me thinking, at the time, this was a case of pilot error, plain and simple. Then we started hearing that the pilot had a long history of ducking under glide paths at previous assignments, but never documented in official check rides. So the new emphasis was to require training records follow pilots. And that, apparently, was that.

I failed to realize the real problem until years later. I was flying an EC-135J when I first read the full report. The EC-135J has the same engines, the same brakes, and weighs about the same. Our approach speeds were similar. Many of our pilots were well-practiced at the art of aiming for landing on the first inch of a runway, and it was a practice that was encouraged. After the crash there was a renewed emphasis to land in the touchdown zone, but years later many pilots were right back to what we called "brick one." I came to conclusion this pilot was just flying has he had been trained. His safety margins were reduced, but he got away with it until he didn't. There is a lesson here for us.

At the time, an AF team went around to several bases to say this pilot had a long history of doing the duck under, but the redacted report doesn't say that. It could be that this pilot just got suckered in by the visibility and wasn't trying to duck under the glide path. But he seemed to tolerate the "below glide path" calls without an aggressive move to correct. I've flown with several RC-135 pilots over the years who say the squadron did not allow the "duck under" before and after this crash but that now and then a pilot or two would start doing them again. Leadership is key. If those at top say don't duck under and take action against those who do, the practice will stop.

The aircraft did not have a Flight Data Recorder or a Cockpit Voice Recorder, but there were tapes of the Ground Control Approach (GCA) controller during the Precision Approach Radar (PAR) approach. The copy of the report I got through the Freedom of Information Act is heavily redacted. There are no redactions shown here because the pages I am quoting were unedited. But there were many pages missing.

I read the full report back in 1984 and remember the conclusion that the pilot was prone to flying the PAR at a given descent rate, hence his tendency to fly below glide path when in a strong headwind. But that doesn't make sense given he had flown into Shemya many times before and those kinds of winds were not uncommon. Then, a year or so after the report was released, there was an Air Force wide message saying training records from one base should be forwarded to the next base. I was flying a version of the same aircraft that had about the same approach weight and speeds and we were given several briefings about the crash and special emphasis on the PAR. We were told that this particular pilot had a tendency to fly below glide path, but that was never documented in his check rides and training records from his previous assignments had never been forwarded. There is much to speculate about here because either the report didn't go into the human factors or that part of the report was redacted. I'm not sure. So the analysis that follows is mine, not the report's. 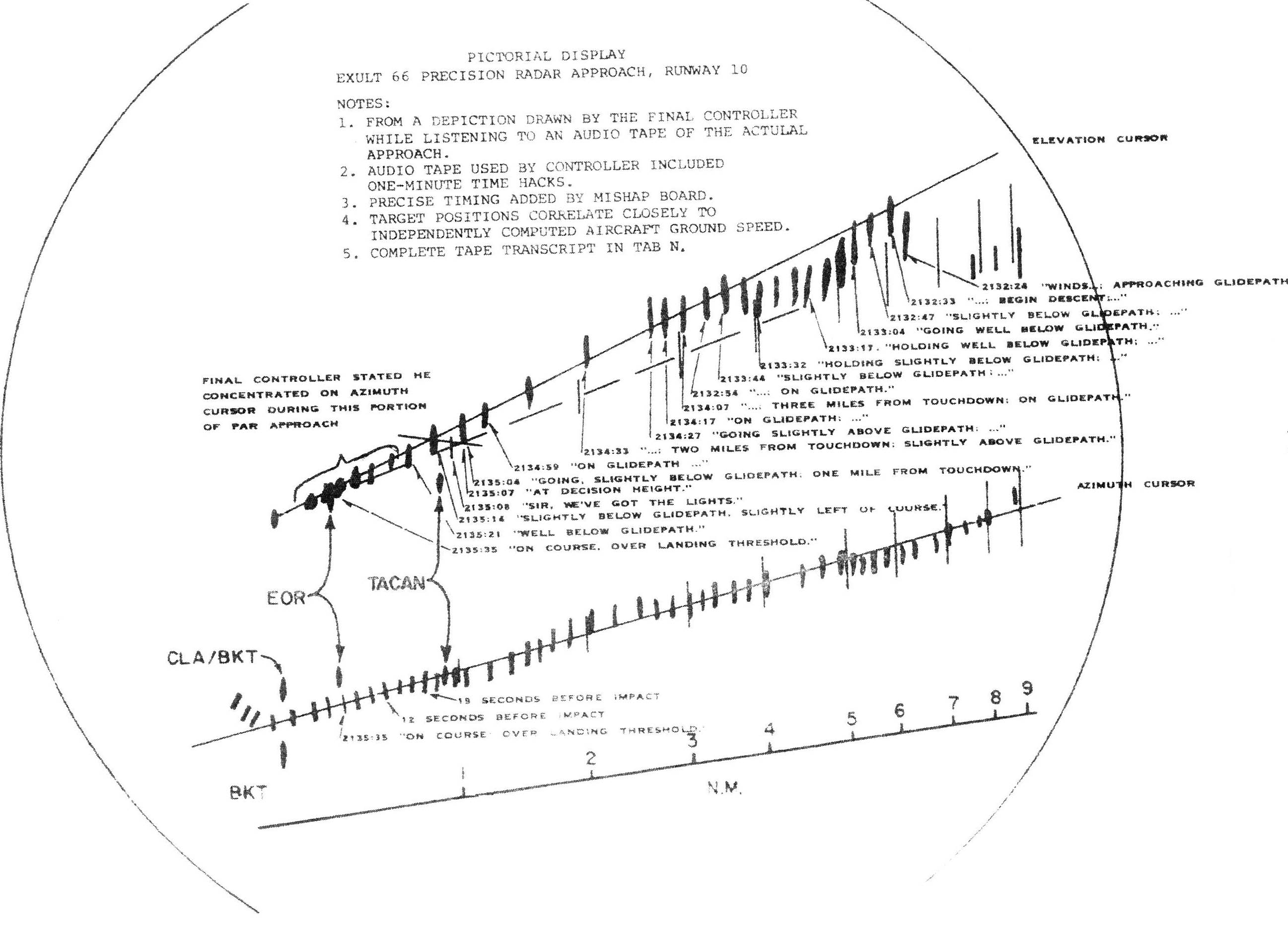 There are several human factors issues involved that will not be apparent to someone who has never flown this type of Boeing 707, who has not flown into Shemya, has not flown this kind of mission where the airplane is filled with fellow crewmembers who want to get on the ground to get their week started.

I do not agree with the board's findings. Their causal findings say what happened, not why. If I were to write the findings, I would say:

Don't you just hate it when old Air Force pilots talk in jargon as if everyone has the same set of experiences? I try very hard to avoid that but it has been pointed out I failed with regards to "brick one."

"Brick One" refers to the very first inch of pavement on a runway. I don't know where that comes from, other than I heard it a lot in the Air Force.