The only airplane I've ever flown with an autoland capability was the Air Force Boeing 747, and back then in the 1980s, the autoland system was so inconsistent that we were reluctant to use it, even though we were required to use if for currency. We did our training with United Airlines and heard their pilots would "pencil whip" the event because they didn't want to take the risk or have the airplane make them look bad. The aircraft became noncurrent. When the Boeing 767 came on line a curious thing happened. Their pilots preferred to have the airplane autoland; it did such a good job that it made them look good. the pilots became noncurrent. That was almost 30 years ago. We are now at the point where many operators, including this one, recommend the autoland whenever the ceiling or visibility are even moderately low. 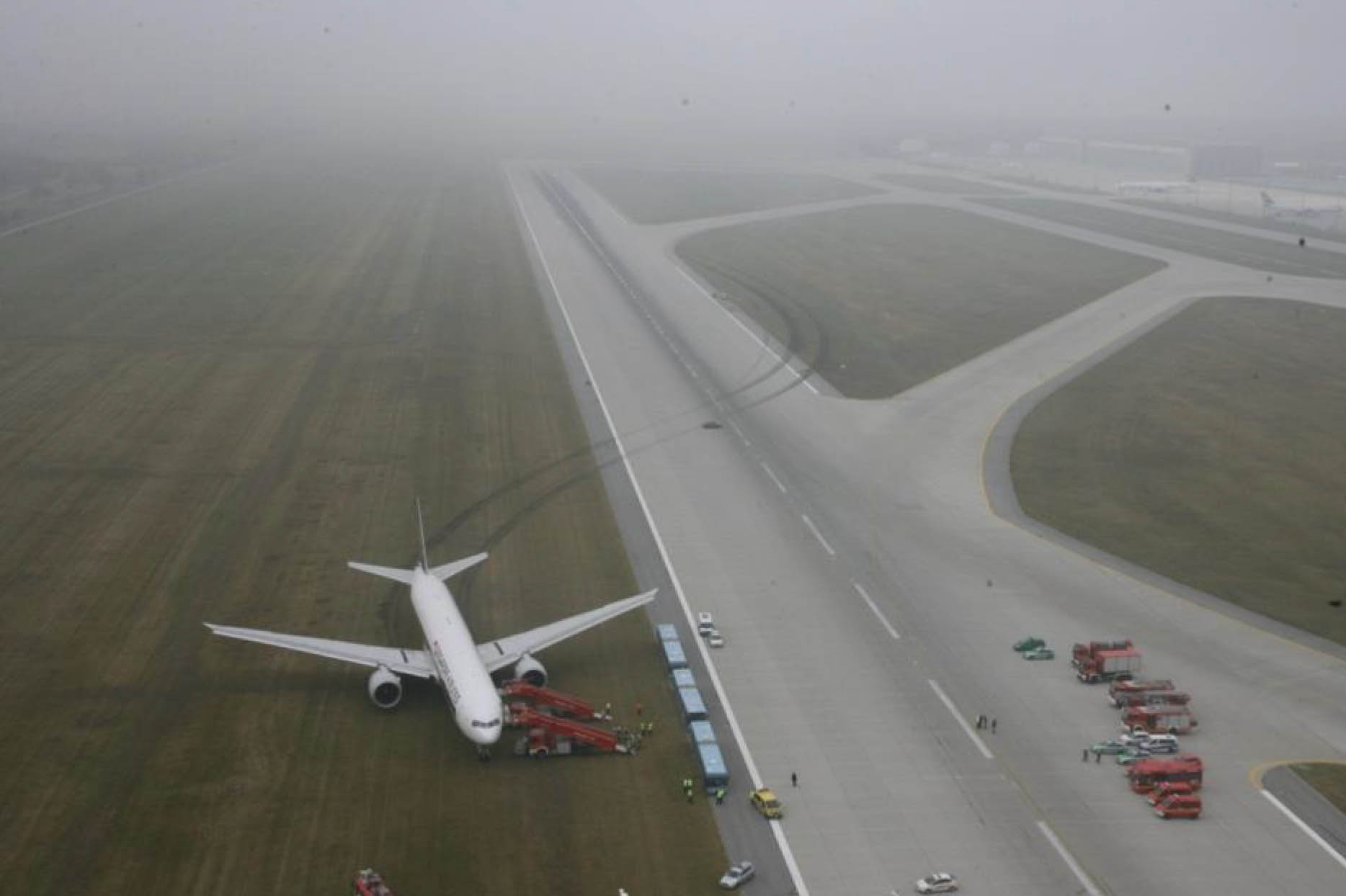 The accident report only faults these pilots for failing to advise ATC they were using their autoland system in Category I ILS conditions when the local and ICAO rules didn't require the ILS critical area to be protected. This is what I grew up calling having the ILS sterilized. The PF is even given some slack for not using the standardized call out when initiating a go around. I suppose this amount of slack is justified when considering their operator encouraged the use of the autoland system under these weather conditions and they had been conditioned to trust the autoland system day in and day out. Where I take issue is this: when you are using aircraft automation it is up to you to understand the automation's limitations and you need to supervise it like you would a fledgling pilot, especially during takeoff and landing.

The report says these pilots were surprised when the autopilot dipped a wing in the flare, deviated left after touchdown, and did not execute the go-around when commanded. I think they may have never seen the system misbehave before and had become complacent to the need to monitor the system, especially during the landing.

The autoland system I flew years ago in the Boeing 747 was primitive by comparison but would have behaved the same way. I have been in the flare during a practice Cat IIIA ILS approach, intending to let the system land the airplane, when a similar thing happened. The aircraft started to roll fairly aggressively. I disengaged the autopilot and landed manually. This pilot attempted to do that using the autopilot's go-around function. But they were already on the ground and the go-around function was no longer enabled.

The weather was IFR (300 ft ceiling and 1-1/4 mile) and as their SOP required the captain to take the landing, this decision makes perfect sense.

The company operations manual recommended using an autoland under these conditions.

This call coincided with the PF hitting the Takeoff/Go-Around (TO/GA) switch. The "Okay, flaps twenty" was not according to airline SOP, and the PM did not move the flap handle.

When is the ILS critical area (sometimes called "sensitive area") protected? It depends on where you are. We pilots want it protected whenever we are landing in instrument conditions. Air traffic control doesn't like doing that because it decreases the number of airplanes they can have land and takeoff as well as operate on the ground. In this case, the preceding takeoff had not yet flown beyond the localizer antenna when the accident airplane was in the flare. The spacing ending up being insufficient.

It appears the go-around mode was deactivated when the PF hit the TO/GA button, since once of the landing gear was on the ground.

In accordance with the guidelines for all-weather operations (NfL I/1-99 in combination with NfL I/188-10) Low Visibility Procedures (LVP) are applied when the following conditions prevail: a Runway Visibility Range (RVR) of less than or equal to 600 m and/or a cloud base of 200 ft. Under the above-mentioned conditions and as soon as the approaching airplane is within 2 NM ahead of the runway threshold, the separation between an approaching aircraft and another approaching or departing airplane has to be such that the ILS signals will not be distorted by departing or approaching aircraft. Item 5.7.2 of the NfL stipulates that during approaches (also trainings) under better weather conditions than CAT II or CAT III the pilot has to specifically request the application of all-weather operations on the ground if the higher (more restrictive) category is desired. The air traffic control unit informs the pilot if and with which restrictions all-weather operations on the ground can be conducted. The stipulations published in the guidelines for all-weather operations are in accordance with the Manual of Operations Air Traffic Services (MO-ATS) of 2011.

ATC issues control instructions to avoid interfering operations within ILS critical areas at controlled airports during the hours the Airport Traffic Control Tower (ATCT) is in operation as follows: (a) Weather Conditions. Official weather observation is a ceiling of less than 800 feet and/or visibility 2 miles.

The current weather was visibility 2,000 m (1-1/4 miles) and 300 feet. Under U.S. rules, the ILS critical area would have been protected; but under ICAO and German rules, the area was not protected.

I think the intent of the report writers was good, however I would have gone a bit further. The operator should have instilled a healthy dose of paranoia in their pilots when using the autoland system, especially in conditions where the ILS critical area was not protected.

The recommendation concerning the conduct of autoland landings under CAT I conditions published in the FCOM of the operator allowed the decision for an autoland landing without having to consider the required conditions on the ground.