All on the aircraft perished from a fire started in the cargo portion of this Boeing 747 "combi" and the focus of the subsequent investigations was on the cargo, as I suppose it should have been. The Boeing 747 combi went the way of the dinosaurs and the case was closed. But there is more to consider here, perhaps it could have been survivable. The aircraft crashed nineteen minutes after the first report of fire. They might have made it to land had they placed a priority on getting the airplane on the ground as soon as possible. 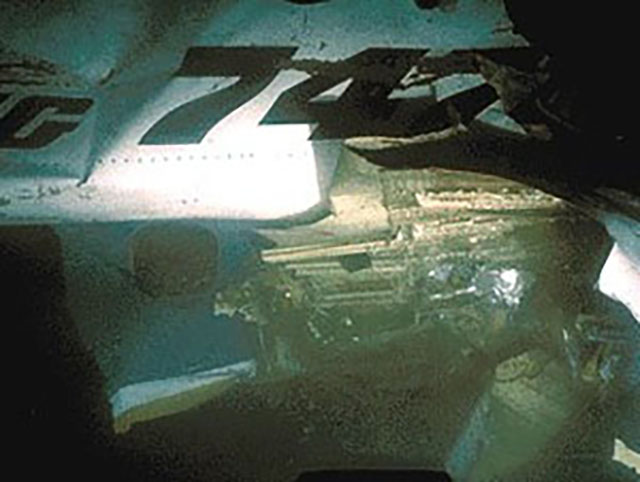 South African flight 295 took off from Taipei at 14:23, carrying 159 occupants and 6 pallets of cargo in the main deck cargo hold. At 23:49 the crew reported Mauritius Approach control they had a fire on board. An emergency descent to FL140 was carried out. Mauritius ATC cleared the aircraft to FL50, followed by a approach clearance. The captain's response was the last radio contact with SA295. It appeared that a fire had started in the cargo pallet at position PR. The aircraft had somehow lost control, broke up and crashed into the Ocean.

Fire of an unknown origin had possibly: 1) incapacitated the crew; 2) caused disorientation of the crew due to thick smoke; 3) caused crew distraction; 4) weakened the aircraft structure, causing an in-flight break-up.; 5) burned through several control cables; 6) caused loss of control due to deformation of the aircraft fuselage.