The NTSB report looks pretty well thought out but there remains a conspiracy theory out there that Boeing tried to cover up a known problem with the Boeing 727 leading edge slat system at the cost of a good airline pilot's career. 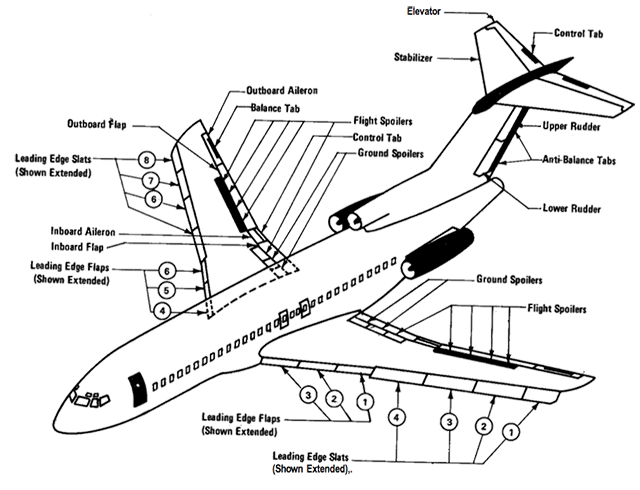 The NTSB was very careful in its choice of words but the talk among 727 and TWA pilots at the time was this:

Of course the flight crew denies all this. They erased the cockpit voice recorder, increasing the appearance that they were lying.

The Air Force safety officer veteran in me comes down easily on the side of the NTSB and Boeing because of one fact: the aircraft's leading edge system was not changed as a result of this mishap. If they knew there was a problem, some modification would have been made.

Of course I am not here to point fingers but to derive lessons to prevent future occurrences. If the crew did indeed attempt to extend the flaps without the slats, this was not just a pilot error mishap, it was a lack of flight discipline mishap. The aircraft is designed carefully with safety margins in place and when you attempt to out think the designers you are gambling with lives.

The Safety Board determines that the probable cause of this accident was the Isolation of the No. 7 leading edge slat in the fully or partially extended position after an extension of the Nos. 2, 3, 6, and 7 leading edge slats and the subsequent retraction of the Nos. 2, 3, and 6 slats, and the captain's untimely flight control inputs, to counter the roll resulting from the slat asymmetry. Contributing to the cause was a preexisting misalignment of the No. 7 slat which, when combined with the cruise condition airloads, precluded retraction of that slat. After eliminating all probable individual or combined mechanical failures or malfunctions which could lead to slat extension, the Safety Board determined that the extension of the slats was the result of the flightcrew's manipulation of the flap/slat controls. Contributing to the captain's untimely use of the flight controls was distraction due probably to his efforts to rectify the source of the control problem