So far we’ve looked at compartmentalization and: flight, social pressures, family, and work. We know intuitively that problems within any compartment can turn you from your normal joyous self into a psychological mess. Your misery within any compartment is likely to infect the other compartments and the misery will spread. Your happiness, believe it or not, becomes a safety of flight issue. Unhappy aviator = unsafe aviator. 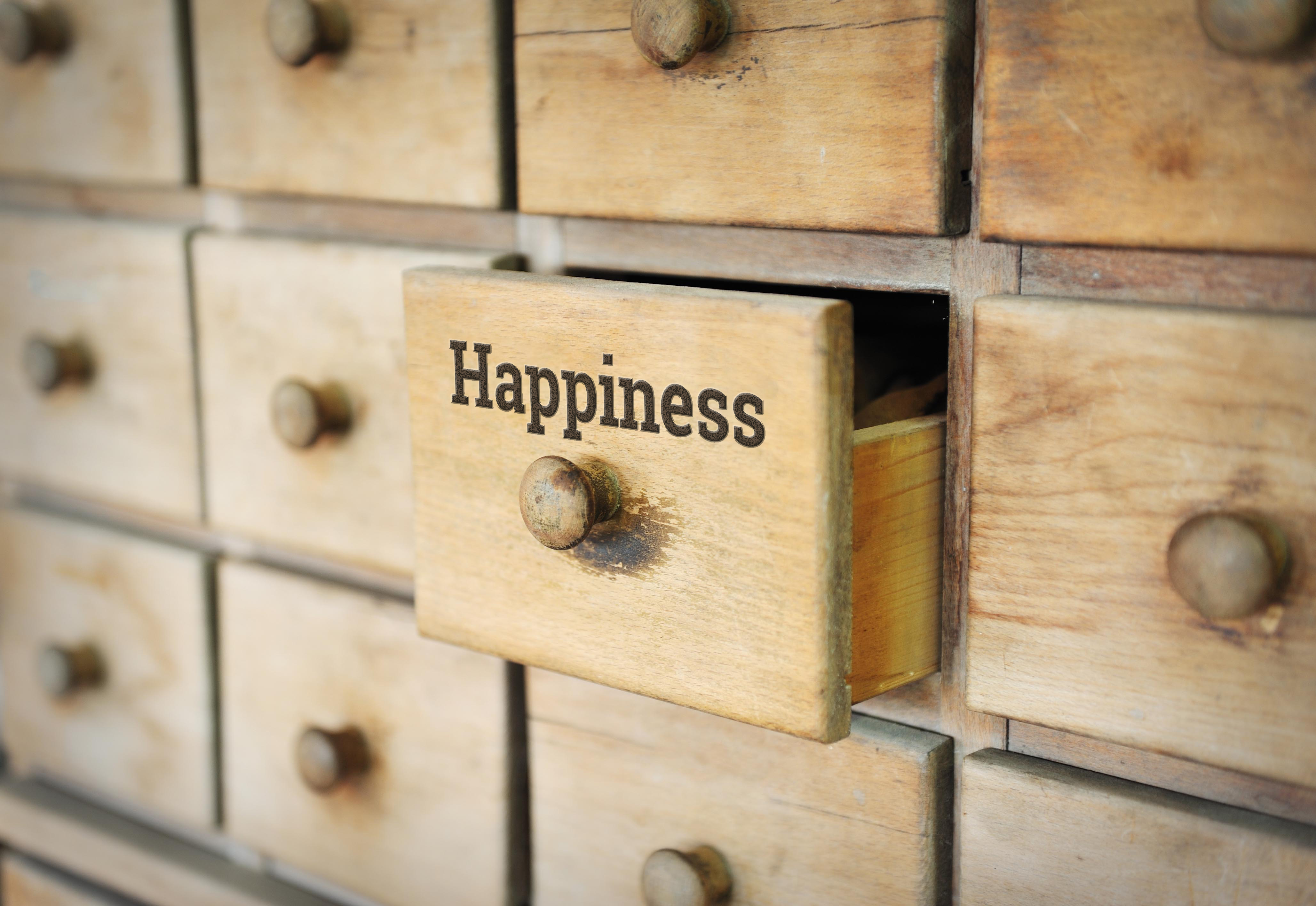 The question of happiness is an important one. We can break the question down further:

Is a person's "normal" state of happiness or misery a part of their chemistry, or is it something learned through experiences? 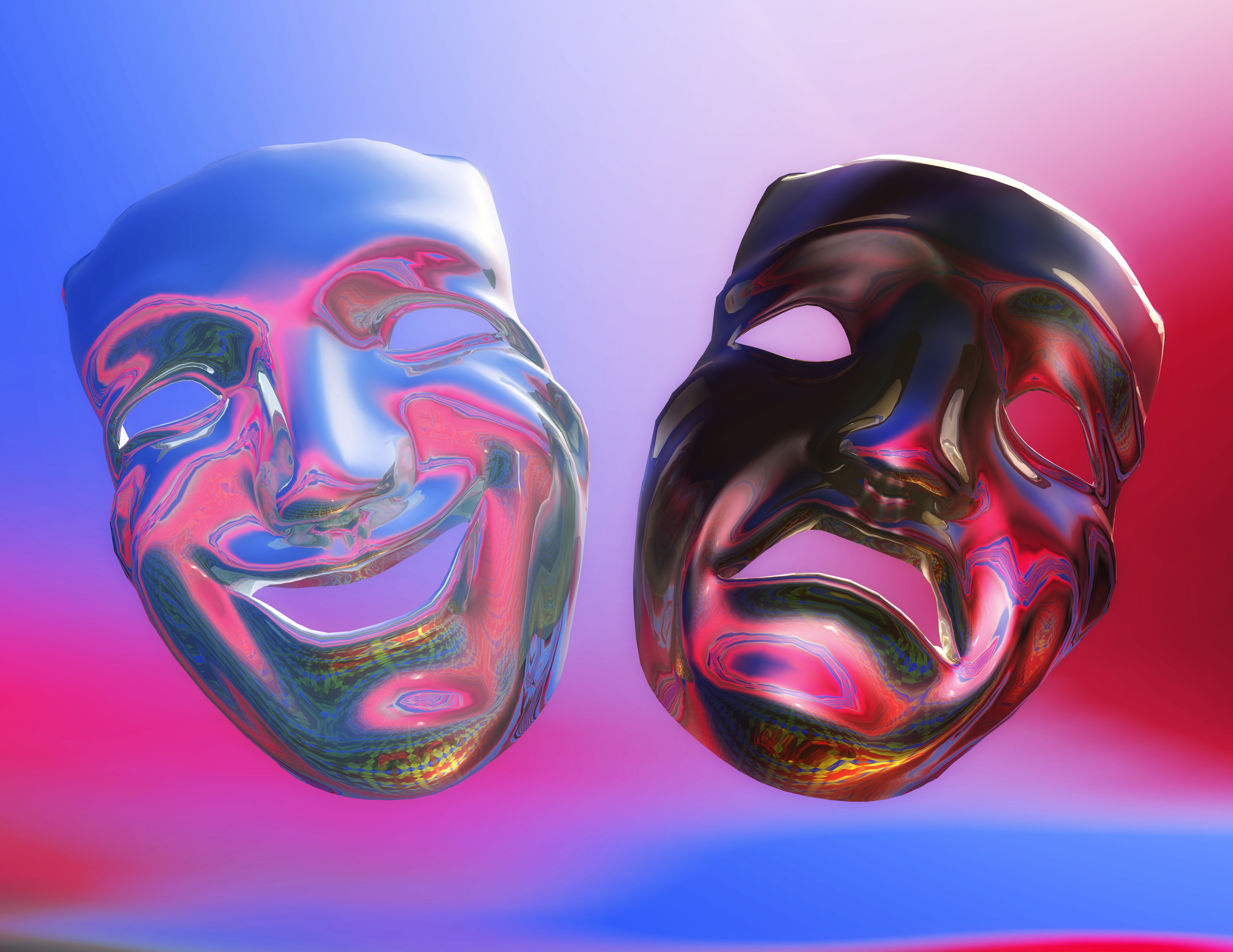 Until recently, psychologists since Sigmund Freud believed that your personality is shaped primarily by your childhood environment. You are what you are because of the way you were brought up at an early age. But is that really true?

Consider the twin sisters Daphne and Barbara. Raised outside London, they both left school at the age of fourteen, went to work in local government, met their future husbands at the age of sixteen at local town hall dances, suffered miscarriages at the same time, and then each gave birth to two boys and a girl. They feared many of the same things (blood and heights) and exhibited unusual habits (each drank her coffee cold; each developed the habit of pushing up her nose with the palm of the hand, a gesture they both called "sguidging"). None of this may surprise you until you learn that separate families had adopted Daphne and Barbara as infants; neither even knew of the other's existence until they were reunited at the age of forty. When they finally did meet, they were wearing almost identical clothing.

Daphne and Barbara came to be known as the "giggle twins." Both have sunny personalities and a habit of bursting into laughter in mid-sentence. They won the cortical lottery-their brains were preconfigured to see good in the world. Other pairs of twins, however, were born to look on the dark side. In fact, happiness is one of the most highly heritable aspects of personality.

Twin studies generally show that from 50 percent to 80 percent of all the variance among people in their average levels of happiness can be explained by differences in their genes rather than in their life experiences.

It appears that being naturally happy or miserable is due in large part to our genes. This is obviously good news for those who are naturally happy, bad news for those who are not, and maybe just confirmation of the situation for everyone between the two extremes. For those with a predisposition to being unhappy, the big question is what to do about it? Are you stuck with what you have or can you adjust? Wouldn't it be neat if there were a formula for happiness? There is . . .

Do you have any control over your "normal" level of happiness or are you destined to that level forever? 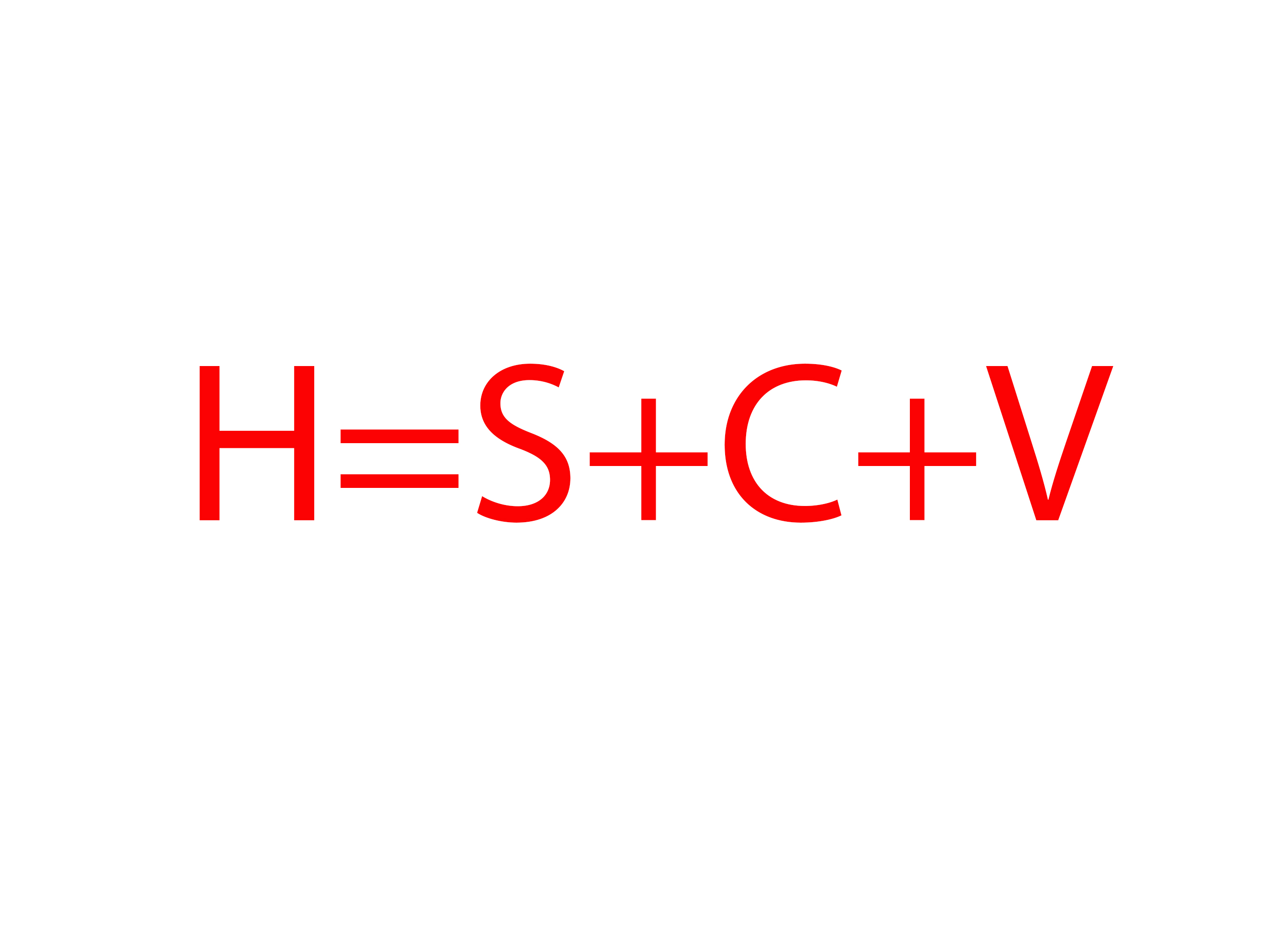 Maybe there really is a set point fixed into every brain, like a thermostat set forever to 58 degrees Fahrenheit (for depressives) or 75 degrees (for happy people)? Maybe the only way to find happiness therefore is to change one's own internal setting (for example, through meditation, Prozac, or cognitive therapy) instead of changing one's environment?

One of the most important ideas in positive psychology is what Lyubomirsky, Sheldon, Schkade, and Seligman call the "happiness formula:"

The level of happiness that you actually experience (H) is determined by our biological set point (S) plus the conditions of your life (C) plus the voluntary activities (V) you do.

The conditions include factors you can't change, such as your race, sex, and age. But they also include things you have some control over, such as your marital status, your income, and where you live. For the most part, these conditions are set.

The voluntary activities are things you choose to do and have a great deal of control over. You can choose to exercise or learn a new skill, for two examples.

Of the three factors, it appears the S (set conditions) are the biggest determinant of your happiness. But you do have some control over the C (conditions) and a great deal of control over the V (voluntary activities). You are not doomed to the fate of your genetic makeup. Changes to the C and the V might be caused by things outside your control. But if you want to ensure these changes are positive, you will need to make choices that are more rational and emotional.

Is happiness an emotional or a rational choice? 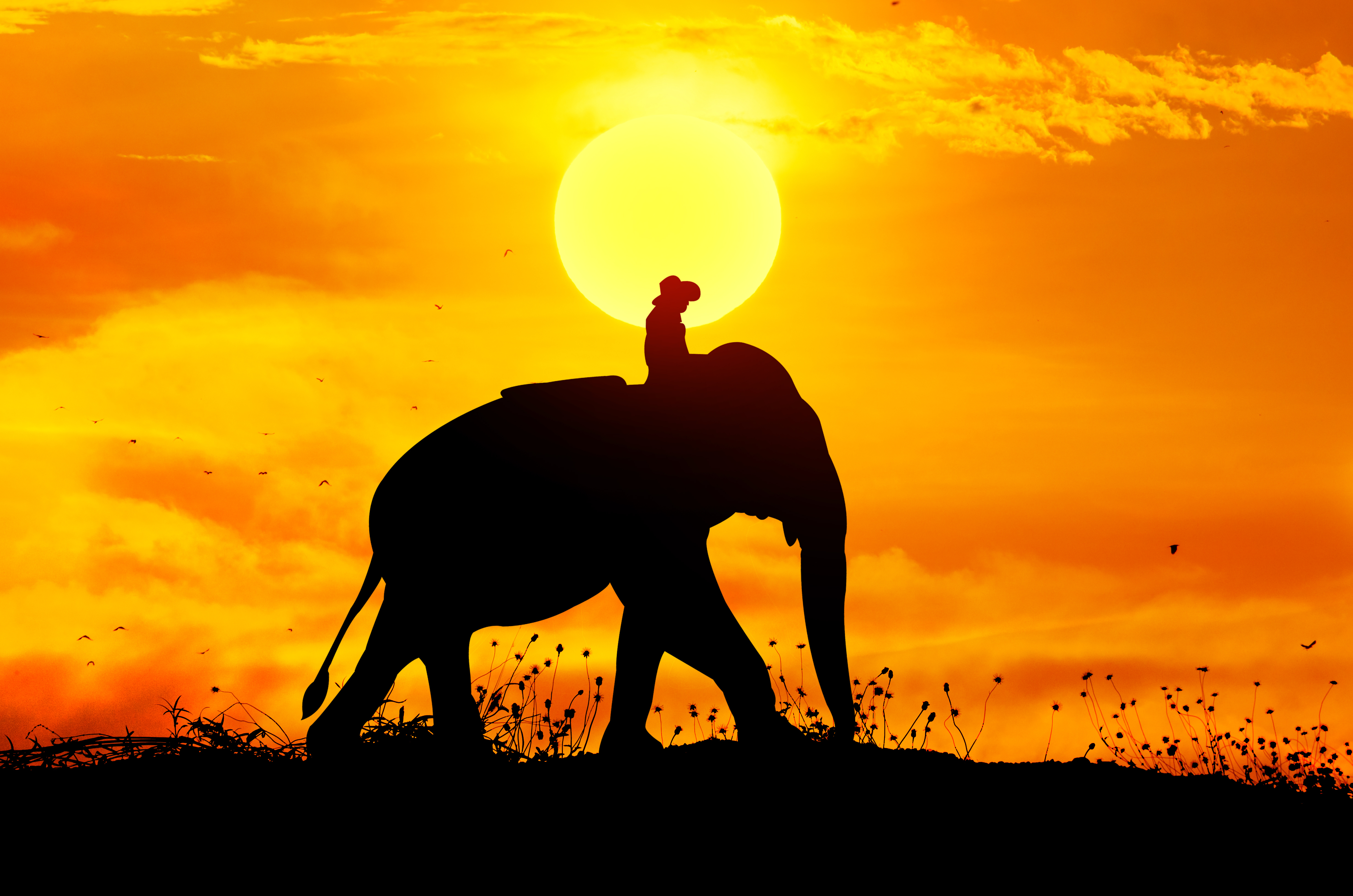 One of my earliest rules of life is: Happiness takes effort. But I realize that over simplifies what is a very complicated subject. There are people with such a strong "S" in their happiness equation that therapy is called for. Even short of that, you cannot simply decide to be happy and expect that to happen without effort. It is said that being miserable is the easy choice: it is easier to complain about something than to do something about it. This is the emotional choice. But you can make rational decisions to impact the "C" and "V" in your happiness formula that override your emotional instincts.

Effectance is defined as "having a causal effect." In terms of our happiness, we need to know that what we are doing matters. As aviators, we need to believe we are doing good for more than just our checking account balance and the "Total" number in our flight logs. Without effectance, you will have a difficult time motivating yourself to put in the necessary hours and effort to be a better aviator.

What is the key to being a happy aviator? 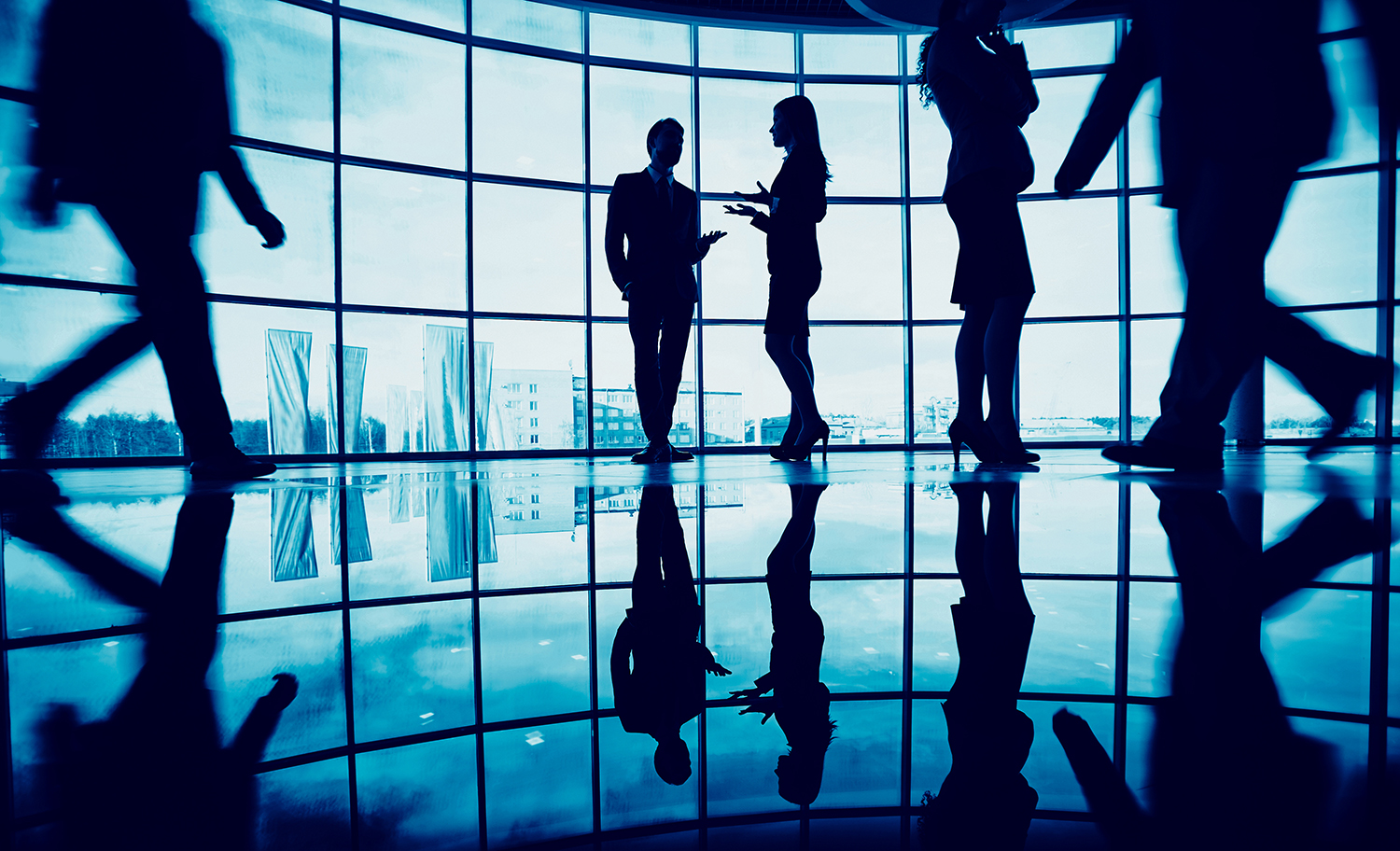 Have you ever noticed that you can have two people doing the same job with completely different outlooks on that job? Consider two captains with the same flight credentials, earning the same salaries, flying the same trips. Why can one be highly motivated and eager for every trip, and the other be dreading every moment? A great deal depends on how we view the job.

[Recent] research finds that most people approach their work in one of three ways: as a job, a career, or a calling. If you see your work as a job, you do it only for the money, you look at the clock frequently while dreaming about the weekend ahead, and you probably pursue hobbies, which satisfy your effectance needs more thoroughly than does your work. If you view your work as a career, you have larger goals of advancement, promotion, and prestige. The pursuit of these goals often energizes you, and you sometimes take work home with you because you want to get the job done properly. Yet, at times, you wonder why you work so hard. You might occasionally see your work as a rat race where people are competing for the sake of competing. If you see your work as a calling, however, you find your work intrinsically fulfilling – you are not doing it to achieve something else. You see your work as contributing to the greater good or as playing a role in some larger enterprise the worth of which seems obvious to you.

You might think that blue-collar workers have jobs, managers have careers, and the more respected professionals (doctors, scientists, clergy) have callings. Although there is some truth to that expectation, we can nonetheless paraphrase Marcus Aurelius and say, "Work itself is but what you deem it." Amy Wrzesniewski, a psychologist at New York University, finds all three orientations represented in almost every occupation she has examined. In a study of hospital workers, for example, she found that the janitors who cleaned bed pans and mopped up vomit — perhaps the lowest-ranking job in a hospital — sometimes saw themselves as part of a team whose goal was to heal people. They went beyond the minimum requirements of their job description, for example, by trying to brighten up the rooms of very sick patients or anticipating the needs of the doctors and nurses rather than waiting for orders. In so doing, they increased their own occupational self direction and created for themselves jobs that satisfied their effectance needs. Those janitors who worked this way saw their work as a calling and enjoyed it far more than those who saw it as a job.

If any job can be viewed as just a job, a career, or a calling, the battle for occupational happiness would seem to depend on how you view your job. An early step in that process is to find a job that you can do well and then do well at it. But if you want to do well at it, you need to motivate yourself to put in the effort. If you view what you do as a calling, the motivation step becomes almost automatic.

You can make a good living as a pilot and be miserable at it. (Some of the most unhappy pilots I know are also some of the best paid.) If you want to be a happy aviator, you need to find something about what you are doing that makes it a calling.

I must admit that there have been times when I thought of flying airplanes as just another job. In this mode, it was hard to motivate myself to work at keeping sharp. I realized after a while that what really energized me to this profession was flight instructing. And that became my calling. This may or may not be your passion, but finding out what it takes to get you to approach aviation as a calling will do wonders for your motivation and happiness.

Do your flight, social, family, and work compartments support your overall happiness? 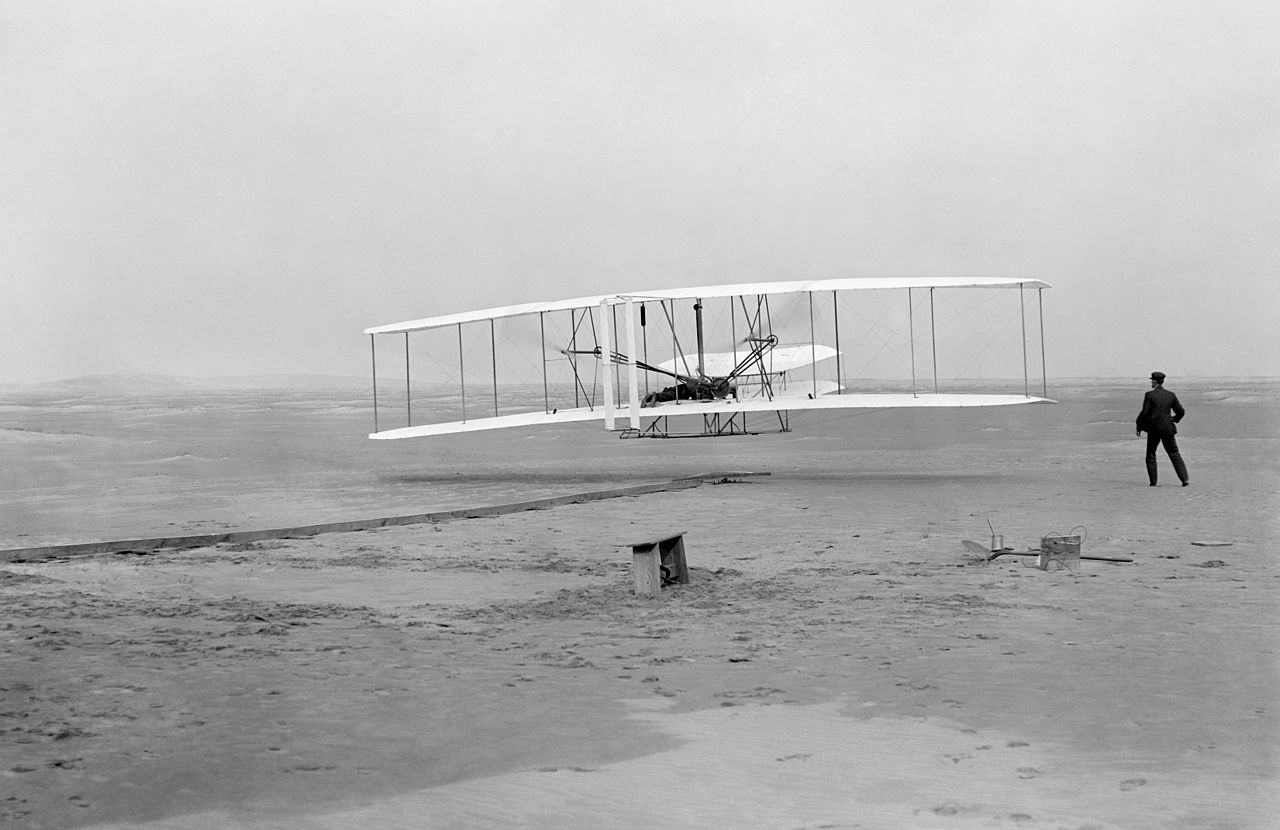 Your Social Compartment includes your ego and your inner drive to be and do more. Your legacy could be to have a very long and accident-free career. Knowing that could turn that career into your calling. This compartment also includes the people you fly with. We are all a product of the relationships we've had, the people we've influenced, and those that we have been influenced by. It could be that the actual flying is not the nexus of your calling, but a part of it. It could be that having a positive impact on how others fly is your calling.