Part of learning to be an effective leader is drawing on the right lessons from the leaders you must follow along the way. I call this followership and intend to write more about it someday. In the meantime, here is something I read in Colonel Robin Olds' excellent memoir, "Fighter Pilot," written by his daughter Christina Olds. 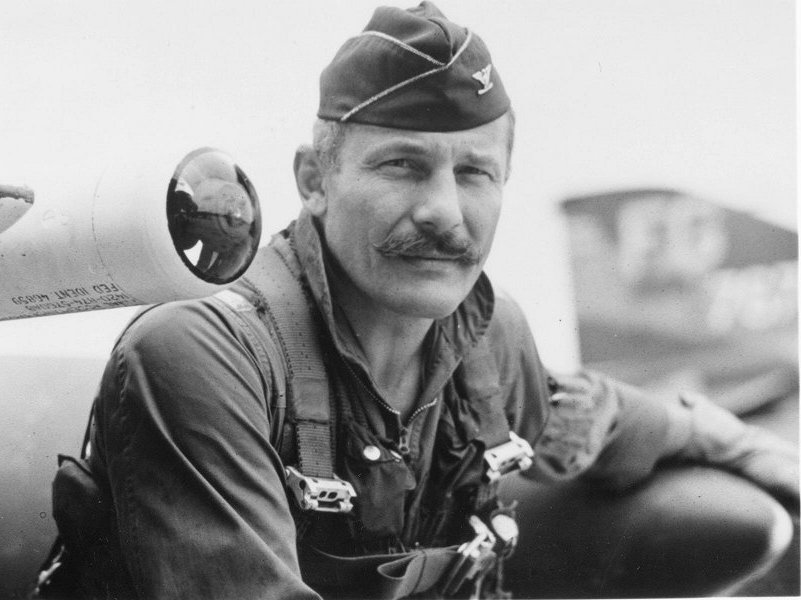 In 1945, then Major Robin Olds was asked to report to see the four star general in charge of U.S. Strategic Air Forces in Europe, General Carl A. "Tooey" Spaatz. Olds at this point was a "double ace," having shot down twelve German aircraft while flying the P-38 Lighting and the P-52 Mustang. The general had some advice, which Olds recalled for his memoirs.

I felt as though General Spaatz were my father. His manner was warm and personal, not at all military. He looked at me a moment and said, "Robin, I have some advice for you. You've told me you intend staying in the service. That's good and I'm glad. Now, I know advice is cheap and often suspect, but here goes. You've had a good start and there's a long road in front of you, but ,always remember this: Your most difficult problem will be the people. In the military, they mostly divide themselves into four major categories: There are the 'me-firsters,' the 'me-tooers,' the 'deadwood,' and the 'dedicated.' You are among the minority, the 'dedicated.' Stick with them, search them out, and work hard to be worthy of their company. You won't be popular with a lot of your bosses who act dedicated but really aren't, and that can make life difficult at times. Beware of the 'deadwood.' Most of them mean well and, in their own way, try hard, are loyal, and are even useful. But too often they'll botch things up and get you and your outfit in trouble.

"Watch out for the 'me-tooers.' These guys will tell you whatever they think you want to hear. They borrow thoughts and ideas from others and present them to you as though they were their own. They are the opportunists who look for every avenue to advance themselves, without sticking their own necks out. They ride someone's coattails and try to make themselves indispensable to the boss. Believe me, they are not to be trusted. You don't want yes-men around you, but you can't always avoid them."

Spaatz went on to warn, "The worst and most dangerous are the "me-firsters." Most of them are intelligent and totally ruthless. They use the service for their own gain and will not hesitate to stick a knife in your back at the slightest indication you might stand in their way. They seem arrogant, but don't be fooled. They are really completely lacking in true self-confidence. Do you understand all that?"

I nodded, knowing that if I didn't understand all of it in that moment, I sure as hell would remember and understand it in the future.

General Spaatz smiled and stood up. He reached out and shook my hand.