If your FMS obtains your Pre-Departure Clearance (PDC) through a function called DCL, you probably are CPDLC equipped and can receive both PDC and DCL clearances. The differences are subtle right now, but will become pretty important in the future.

PDCs are generated by a controlling agency at designated airports (primarily in the US National Airspace System). Operators must subscribe to this service via an AOC service provider (e.g. Honeywell's Global Data Center). PDCs are sent from the FAA to the service provider to be stored in their system for dissemination. The service provider then sends the clearance to the aircraft (via the ACARS network) or other device, or holds it until the flight crew requests it via the FMS AOC pages. It is important to note the following:

DCL in the US is a departure clearance issued over the FANS 1/A data link system using Controller Pilot Data Link Communication (CPDLC). The aircraft must be certified for FANS 1/A or FANS 1/A+ data link and have DCL capability. The flight crew must request a DCL from the FMS by first logging into the FANS system to establish a CPDLC (ATC COMM) session, and then using the appropriate data link menus to send FANS downlink message directly to ATC. The FAA responds with the clearance on file, after which the crew has the ability to accept, reject, standby, and, on many aircraft, load the clearance directly into the FMS with a single button push.

Information about DCL had been spotty at first and sometimes inaccurate. The following comes from a trusted source at Rockwell-Collins as of August 2017:

FANS DCL in the U.S. is not requested via a downlink from an aircraft. If the aircraft is FANS CPDLC capable, and the crew has filed the correct equipment suffixes in fields 10a (J3 and/or J4) and field 18 (DAT/1FANS2PDC) of the flight plan, and logs on to the ICAO identifier of one of the 56 DCL enabled airports in the U.S., the clearance will uplink to the aircraft without the need to use a request prompt. The FAA refers to that as a “Push DCL”. Late October 2017 the logon identifier will change from the ICAO identifier of the participating airport to “KUSA” for all 56 DCL enabled airports in the U.S. as preparation for the National Single Data Authority (NSDA).

NSDA has been in effect for a while now and, as of 9 Jan 2019, the correct number of CPDLC-enabled airports is up to 62.

One additional feature of the CPDLC-DCL Service is the ability to introduce revisions to a previously cleared flight plan which can be received at any time until the aircraft is handed off to tower for takeoff.

Amendments can be a simple altitude change or a more complex full reroute.

It may be in your best interest to pull out of the taxi stream, set the parking brake, and look over any complex messages.

DCL in Europe is a departure clearance issued over the ACARS network, similar to how PDCs are sent. However, it is direct ATC-to-Pilot data link communication using ARINC 623 standards; the clearance is not routed through an AOC service provider. Once the flight crew requests a clearance from the FMS AOC menus, it is routed directly to ATC who then respond with the clearance via data link. 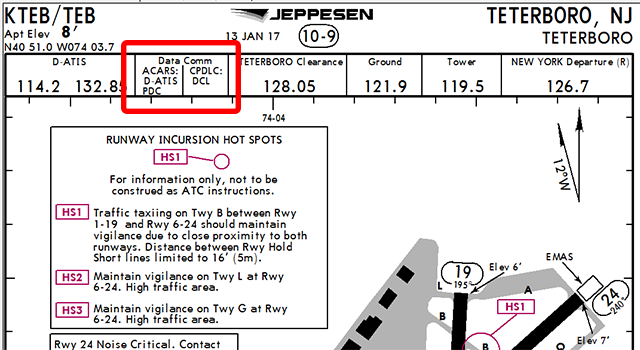 * Presently the FAA does not recognize Satcom as media for DCL

Do not log on multiple times or include any freetext in your acceptance of the DCL. (Contact Clearance Delivery via voice instead.)

Do not attempt to log on while you are still flying on a prior active flight plan. Rockwell-Collins recommends you wait until about 10 minutes after arrival. 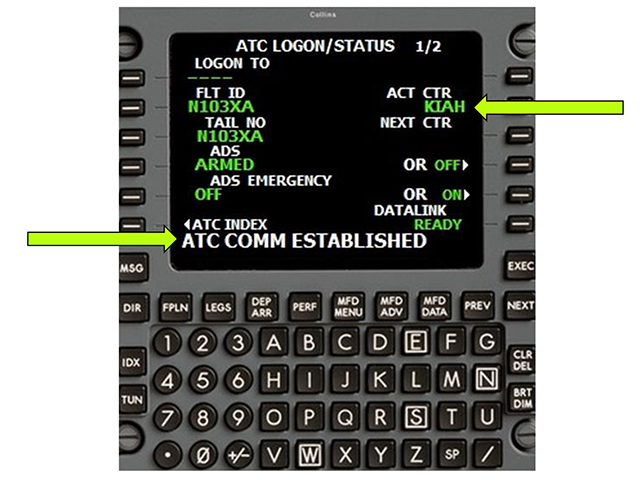 Note: The LOGON should be to "KUSA" from all U.S. airports.

If you can have your SDB changed to reflect this preference, you don't need to add the flight plan remark.

If you use ARINCDirect for flight planning services, see the slide presentation from Rockwell-Collins, below, for instructions on how to edit your SDB entries.

It has been my experience that if you can indicate your preference in the SDB, you are better off. A trusted source in the FAA tells me:

The user can populate the SDB to identify which flights receive a FANS clearance or can create an entry in the DAT/ field. If they use both methods, the code in the DAT/ field takes precedence, i.e., if they insert DAT/1FANS in the flight plan, and the SDB entries are 1FANS 2PDC, and the aircraft departs from a PDC-only airport, the flight will NOT receive a PDC. An SDB entry is not necessary for the aircraft to receive the FANS clearance; however, if the pilot/dispatcher/provider wants to receive a Dispatch Copy (aka Courtesy Copy) of the clearance, then an SDB entry is required. Also, an SDB entry is required for the pilot to receive a PDC; inserting 1PDC into the DAT/ field does not guarantee the pilot will receive the PDC. 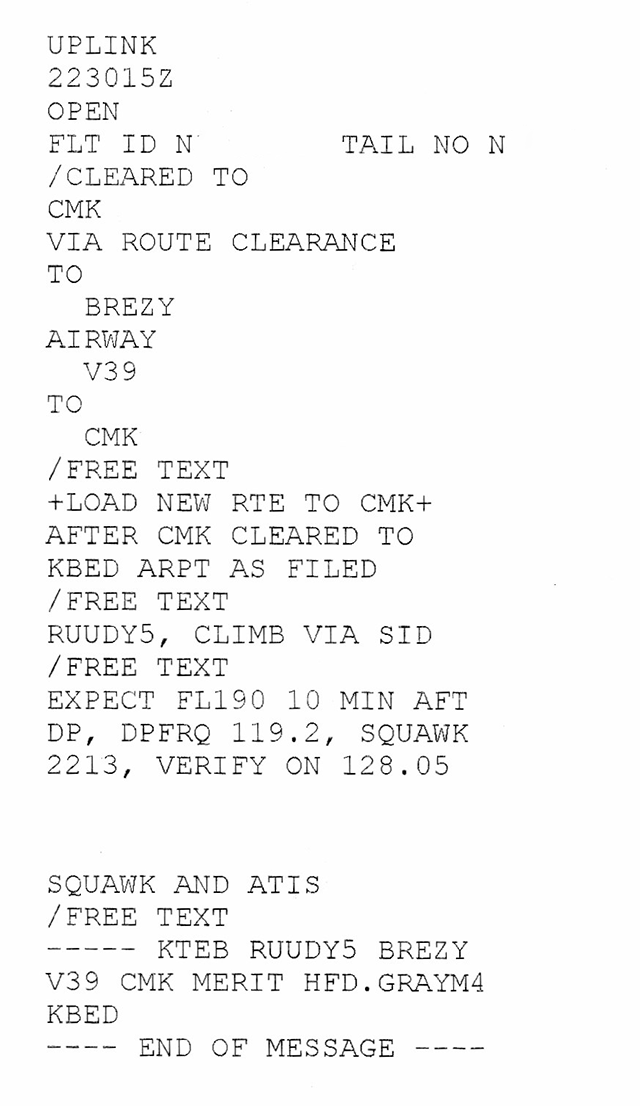 Note: The LOGON should be to "KUSA" from all U.S. airports. 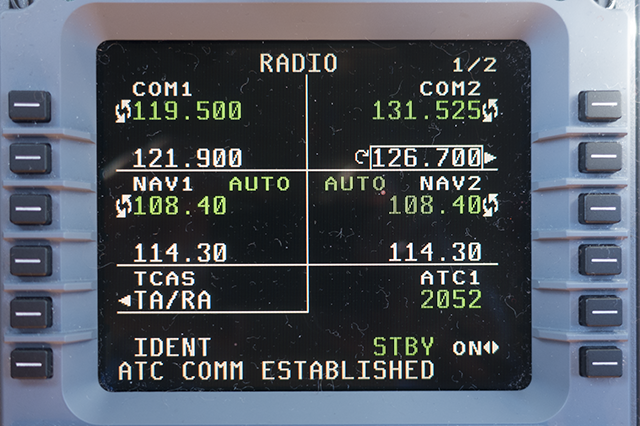 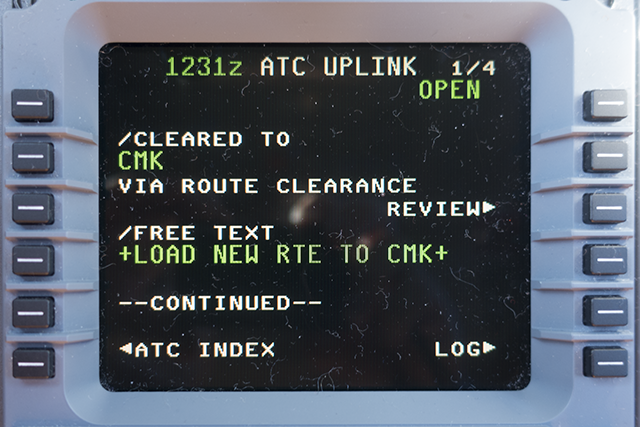 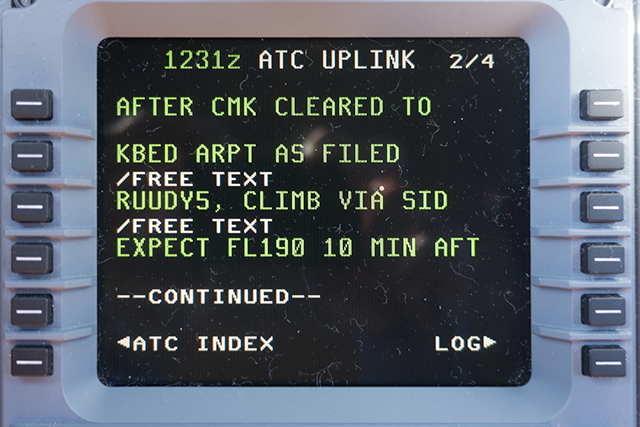 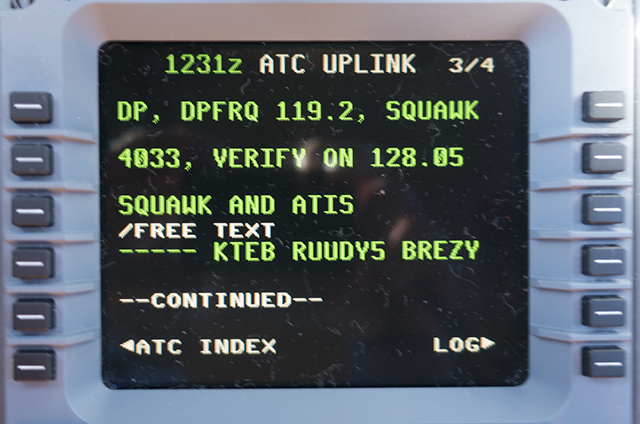 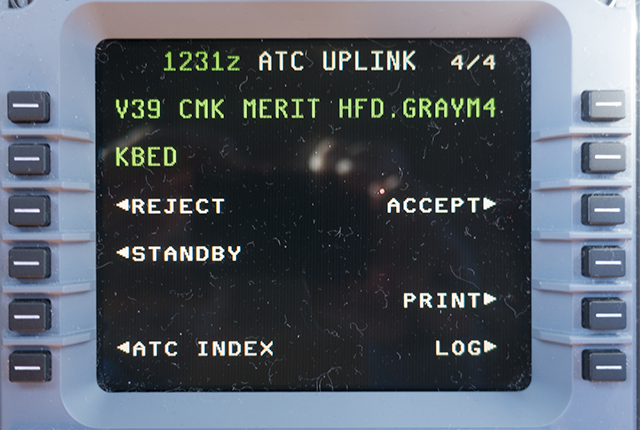 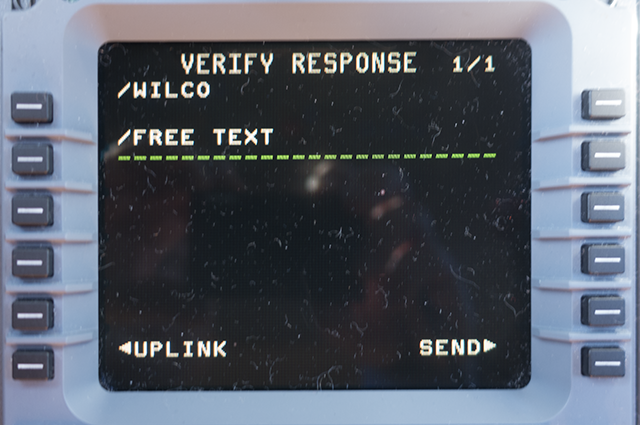 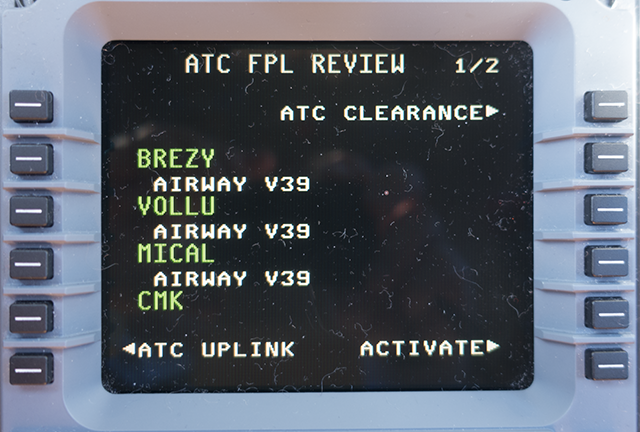 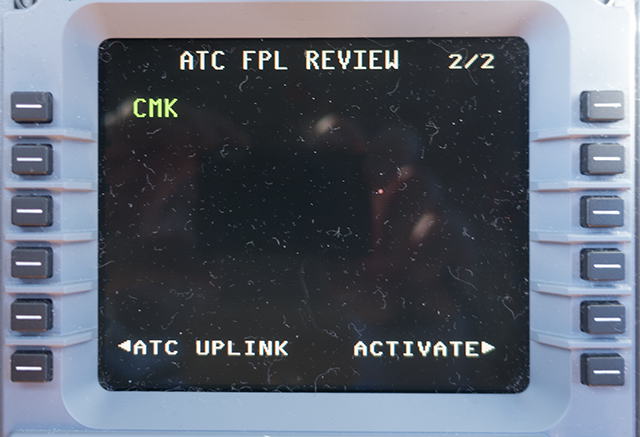 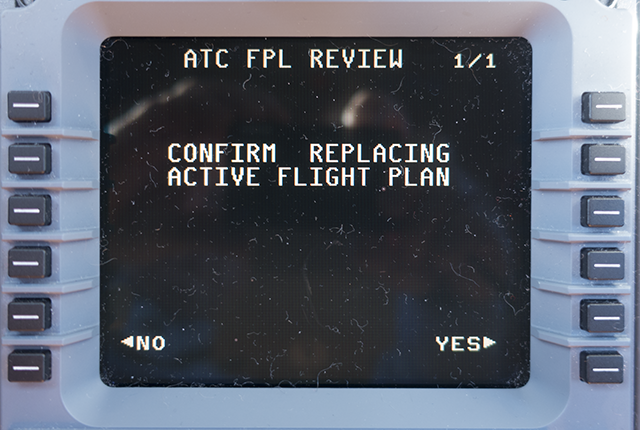 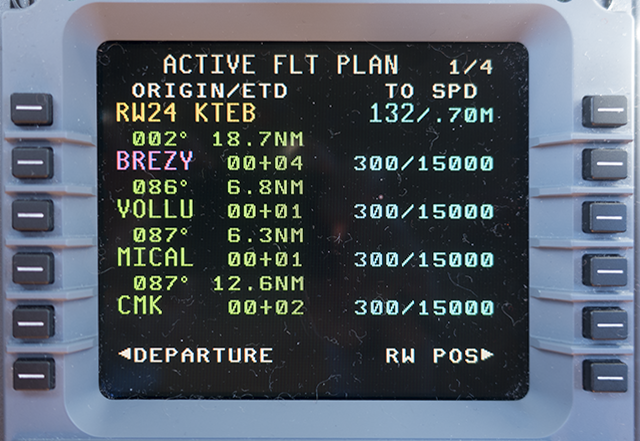