There is a lot of confusion about RNAV these days because of its history. RNAV used to mean just about anything that blended navigation signals from various sources and turned that into point-to-point navigation. A LORAN-C, for example, could be considered an early version of RNAV. Then along came various versions of increased accuracy attempts and the first inklings of a 95% of total flight time standard.

Europe's first attempt was B-RNAV and later came P-RNAV. With Performance Based Navigation (PBN) things got much more complicated. The new standard became Required Navigation Monitoring (RNP) which also required performance monitoring and alerting. From that point, it was said, anything that said RNP-XX was performance based and anything that said RNAV-X was equipment based. But RNP-10 is an exception. Waaah??

In an attempt to bring sanity, the U.S. incorporated RNAV-1 and RNAV-2 but didn't change any of their certification rules from B-RNAV and P-RNAV. So we have a problem with trying to figure out what do we need versus what do we have? Let's try to piece together an explanation right now.

Spoiler alert: if you are flying strictly Part 91 (not Subpart K) and have the necessary statements in your manuals, you don't need an LOA.

In the United States, RNAV-1 and RNAV-2 are meant to apply to terminal and en route navigation and are specified by AC 90-100A, which also lays out the location of the applicable airspace. The figure shows a typical RNAV-1 arrival into Las Vegas. 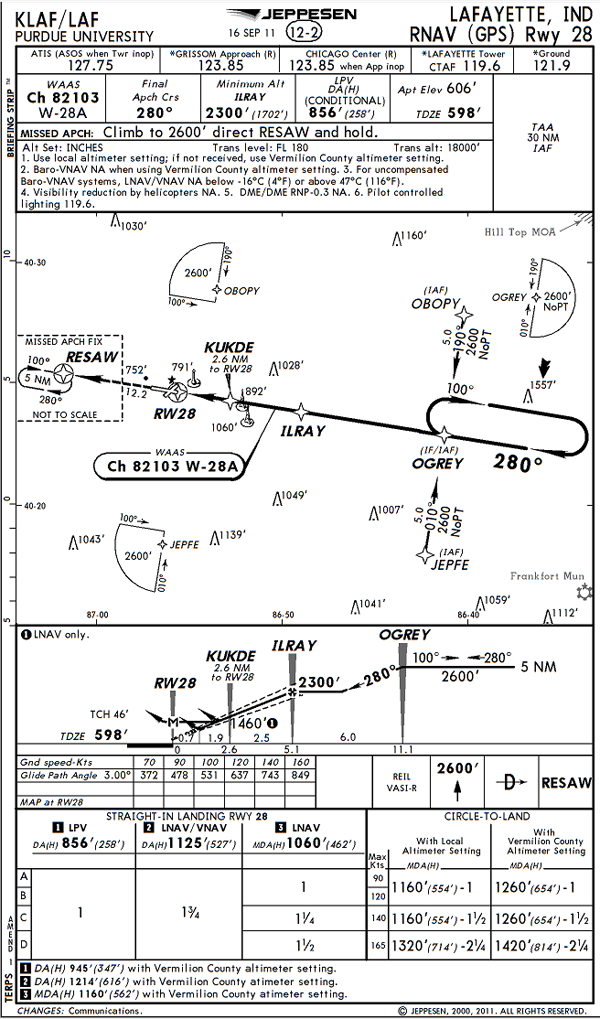 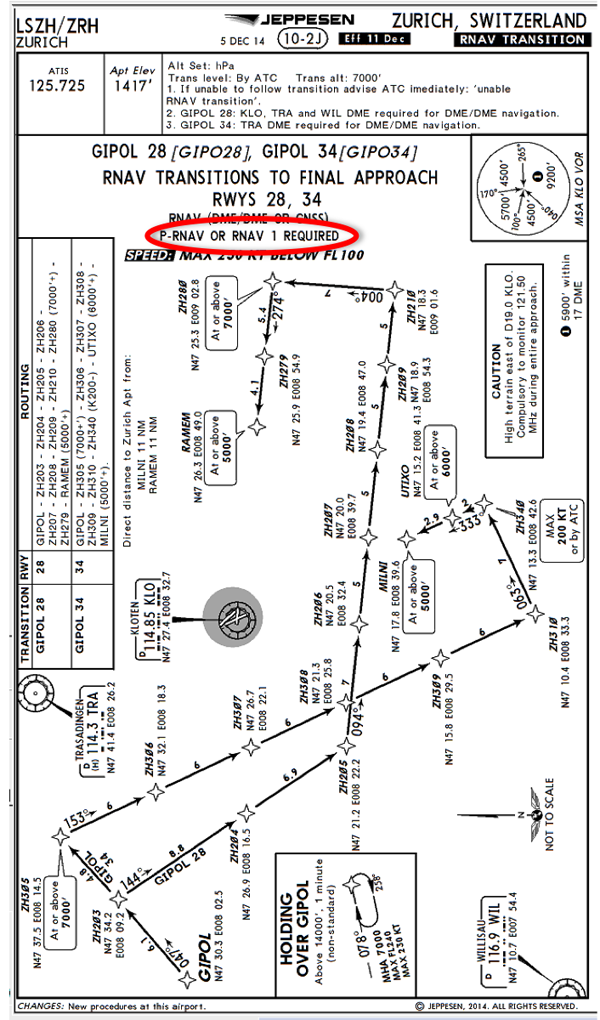 The ICAO muddies the water in an attempt to make things clear here. P-RNAV is not exactly the same as RNAV-1 because the RNAV specification encompasses more than just the navigation accuracy standard. The same manual notes a particular state can qualify RNAV-1 as they please, most opting that it must be based on GNSS or DME/DME/IRU or DME/DME. So where does that leave us with P-RNAV over Europe? Read on . . .

In the past, the United States and member States of the European Civil Aviation Conference (ECAC) used regional RNAV specifications with different designators. The ECAC applications (P-RNAV and B-RNAV) will continue to be used only within those States. Over time, ECAC RNAV applications will migrate towards the international navigation specifications of RNAV 1 and RNAV 5. The United States migrated from the USRNAV Types A and B to the RNAV 1 specification in March 2007.

As the example approach transition shows, some countries are trying to eliminate all doubt by including both the old (P-RNAV) and new (RNAV-1) specifications. ICAO Doc 9613 assures us that having one authorization allows you to use the other. 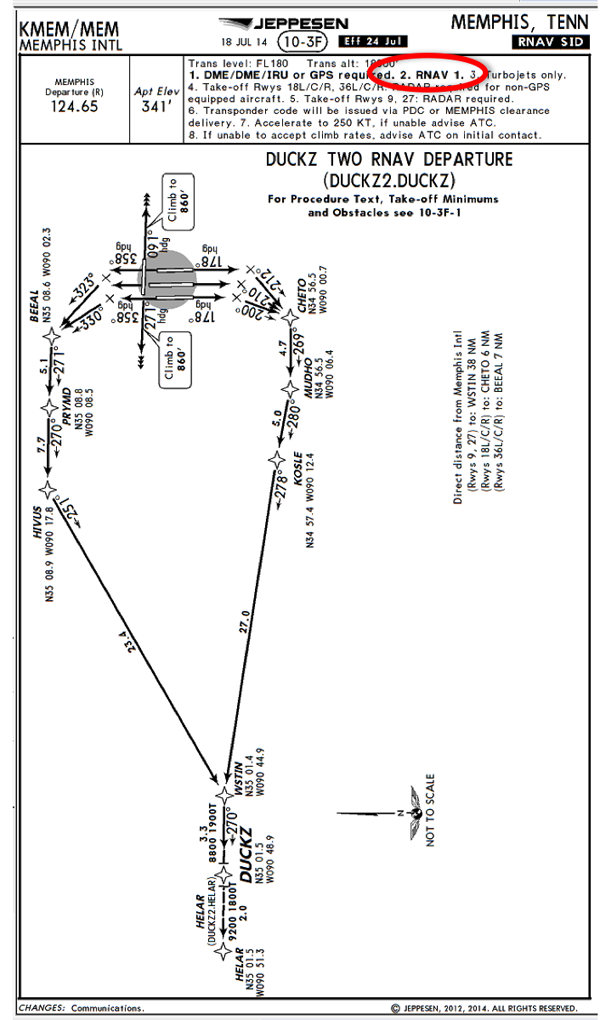 b. Area Navigation (RNAV). A method of navigation which permits aircraft operation on any desired flight path within the coverage of station-referenced navigation aids or within the limits of the capability of self-contained aids, or a combination of these. For the purposes of this AC, the specified RNAV accuracy must be met 95% of the flight time.

Operation on U.S. RNAV routes, DPs, and STARs: Does not require the pilot to monitor ground-based NAVAIDs used in position updating unless required by the Airplane Flight Manual (AFM), Pilot Operating Handbook (POH), or the operating manual for their avionics.

The Opspec/Mspec/LOA to authorize RNAV-1 and RNAV-2 in the United States is B034, which covers B-RNAV and P-RNAV. The following statement, highlighted, is what gives you that authority. It is convoluted, but that's the way it is. There is an Opspec/Mspec/LOA for commercial operators specifically designed for RNAV 1 and RNP 1, designated C063.

NOTE: Refer to paragraph 5 for TSO and AC references.

NOTE 1: Aircraft with a demonstrated RNP capability will annunciate when no longer satisfying the performance requirement associated with the operation. However, for DME/DME/IRU-based procedures, the manufacturer still has to determine compliance with appendix 1 or 2 to support evaluation of the DME infrastructure.

NOTE 2: Aircraft with a TSO-C129 GPS sensor and a TSO-C115 or C115a FMS may not meet all of the requirements defined in this AC. Such equipment would require further evaluation by the manufacturer against all the functional and performance requirements in this AC.

B050 is simply the "Authorized Areas of En Route Operation, Limitations, and Provisions." B034 is not normally so restricted in an LOA. In a commercial operator's Opspecs it usually is and B050 outlines where operations are authorized. 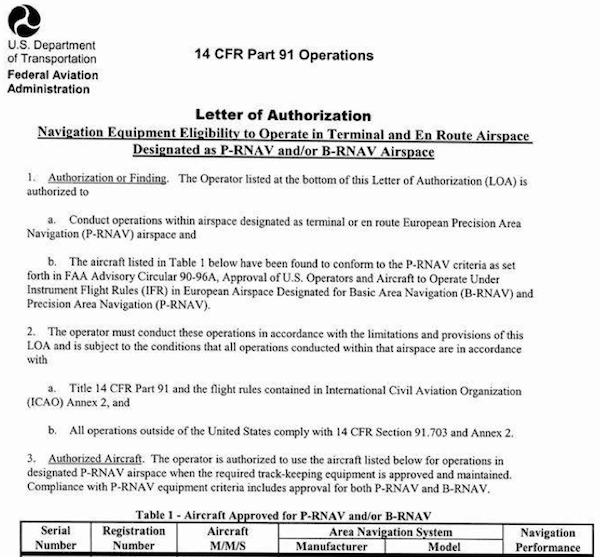 Part 91 operators (excluding subpart K) meeting the RNAV performance requirements in this AC should follow the aircraft and training guidance in this AC, but are not required to obtain a Letter of Authorization (LOA).

If under 14 CFR 91 you don't need an LOA, why is the FAA willing to issue you an LOA? Because some nations require it, though they should honor to State of Registry's policy that a statement in the AFM is good enough. I think if you are a domestic only operator, you are probably safe without the LOA. But if you do venture overseas, it would be wise to have the LOA. Keep in mind the LOA template still uses the terms P-RNAV and B-RNAV in lieu of RNAV 1 and 2. 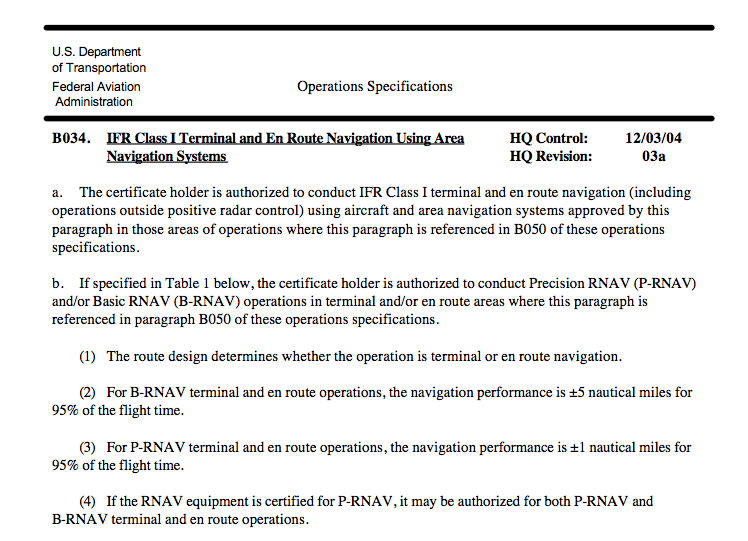 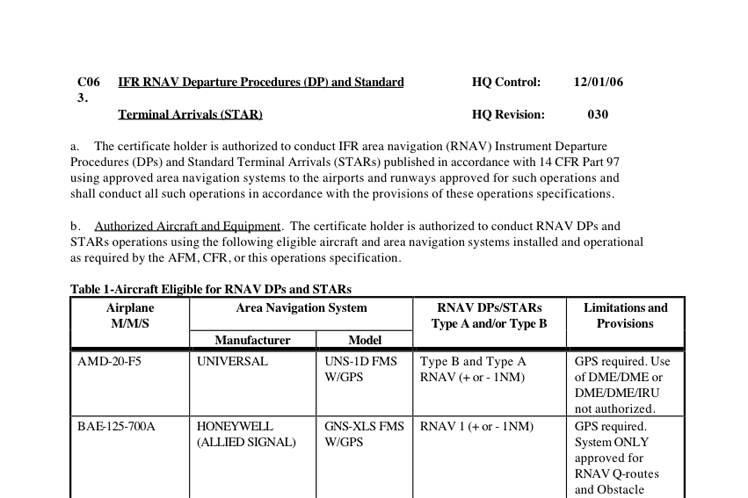