3 — Jet streams and the tropopause

Generally speaking, the tropopause begins when the temperature lapse rate of the troposphere ends . . . 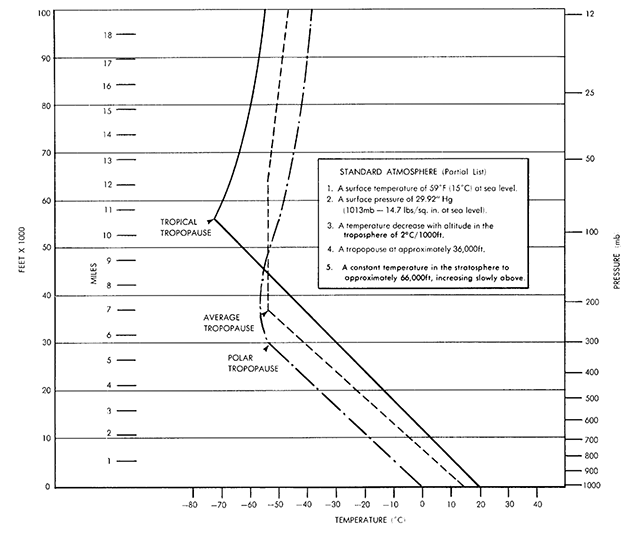 Troposphere Decrease in Temperature with Height, from AFH 11-203, figure 1-4

Features of the tropopause

Most of the atmosphere’s moisture is concentrated in the troposphere, and is rarely found in significant amounts above the tropopause. 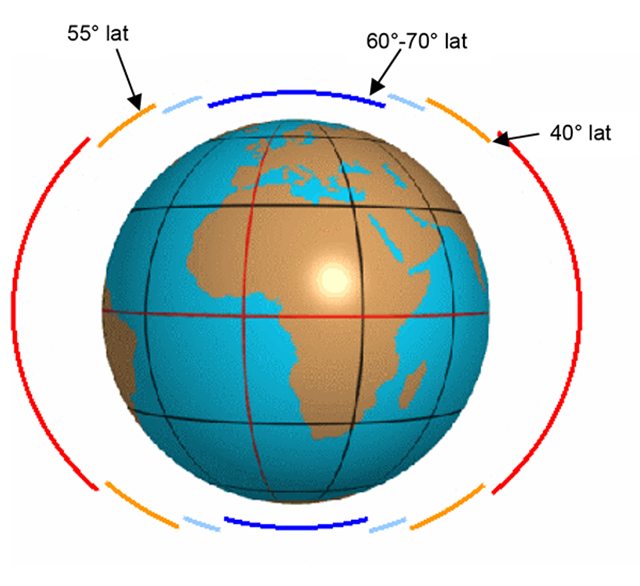 Jet streams and the tropopause 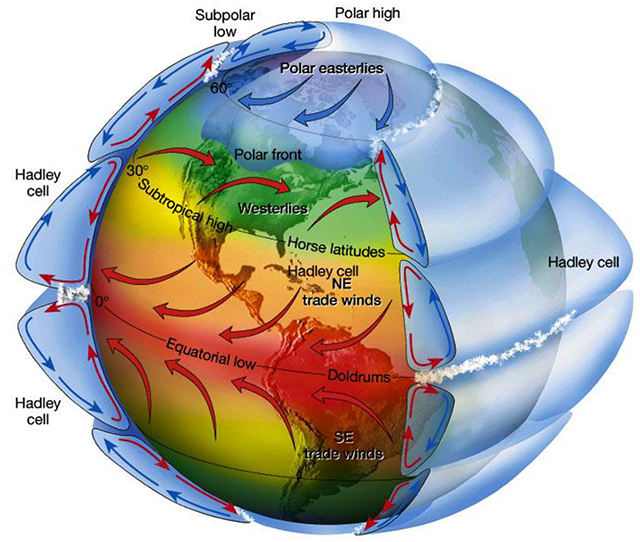 Using the three-cell model [ . . . ] we see that the various circulations due to unequal heating combine to create the jet streams that are centered at 30°N/S and 60°N/S on average but constantly meander north and south. Winds generally increase with height through the troposphere due to the presence of a north-south temperature gradient in the mid-latitudes and the conservation of angular momentum, reaching a maximum near the tropopause. This wind maximum is called the jet stream. A jet stream, or "jet", is a meandering region of concentrated, higher wind speeds that circles the Earth. In the wintertime, there are often two or three predominant jet streams: the polar-front jet (PFJ) stream, the subtropical and the arctic jet streams. The main and best known jet stream is the polar-front jet stream which frequently enhances major weather system development in the mid-latitudes. Within the jet stream are concentrated pockets of the strongest winds, often called jet stream maxima or simply a "jet max". The strongest vertical motions associated with jet streams occur under jet maxima, and these motions are a major factor in the development of low pressure systems.

Because the height of the troposphere can change suddenly, as shown earlier, a jet stream is often located at these breaks in the temperature lapse rate.

Location of Polar/Subtropical Jet Streams in Relation to Tropopause, from AFH 11-203, figure 9.15

If jet stream turbulence is encountered in a crosswind, it is not so important to change course or flight level. However, if it is desired to traverse the CAT area more quickly, either climb or descend after watching the temperature gauge for a minute or two. If the temperature is rising--climb; if it is falling--descend. This maneuver will prevent following the sloping tropopause or frontal surface and thereby staying in the turbulent area. If the temperature remains the same, you can either climb or descend. 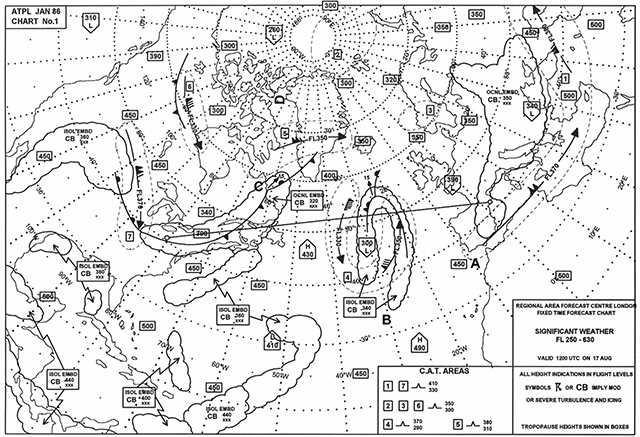