In 1982 all of what happened to British Airways 9 was unknown in aviation, the crew did everything right and as a result there were no fatalities and the airplane, though damaged, was not destroyed. The flight took off at night just as Mount Galunggung had erupted. They flew through the volcanic dust at altitude where the lessons began. 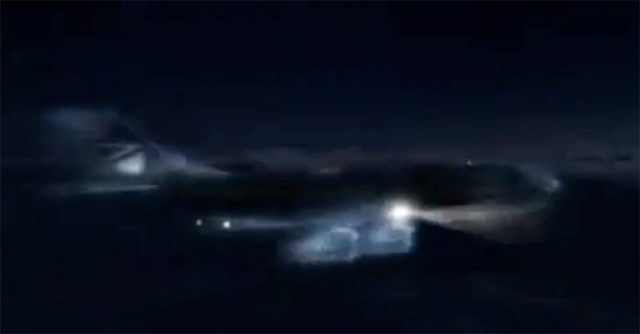 Dramatization, from May Day

As a result of this flight, aviation weather has become better at tracking volcanic activity and diverting or halting traffic entirely until the threat is gone. A similar incident happened with another Boeing 747 a few years later, see KLM 867.

As Jack Diamond of the British Aviation Journal The Log puts it:

The job of the airline pilot in the early days of civil aviation was one in which character, skill and a dogged ability to stick to the task, under extreme pressure, were tested on an almost daily basis. Weather forecasting was rudimentary, navigation was based on fleeting glimpses of railway lines through ragged cloud and accurate landings on an ability to discern a dim line of gooseneck flares. The aircraft were subject to frequent technical failures and the engines had to be nursed with the sensitivity old stagecoach drivers used in handling an inexperienced team of four. Those who learned their trade during the war came through an even more deadly and unforgiving school. Nowadays, the modern generation of pilots sit in air-conditioned comfort, with reliable engines, navigating errors measured in yards rather than miles on aircraft which can land themselves, smoothly and accurately, in almost impenetrable fog.

We are the first generation of pilots who may go through a whole career without having a genuine emergency; many pilots have completed fifteen years flying without having suffered an engine failure. Although this is undoubtedly a blessing, it does beg the question, how will they behave if they are eventually put to the test?

I suppose you could argue this wasn't an "accident" at all and more properly fits into the category "incident." I am including it because it supports two articles I have in the works, one on professionalism and the other on the fine art of mind-reading. There is no official "accident report" that I know of. So much of what follows comes from a magazine article and book, shown below in the References.

We know today what the symptoms of engine failures due to volcanic ash ingestion are; we are cheered by the fact the engines will restart if shutdown properly after the aircraft descends to an altitude that allows the ash to break free. But this crew were the first and had no such knowledge. They worked together marvelously and brought their lessons home for the rest of us to be better armed. 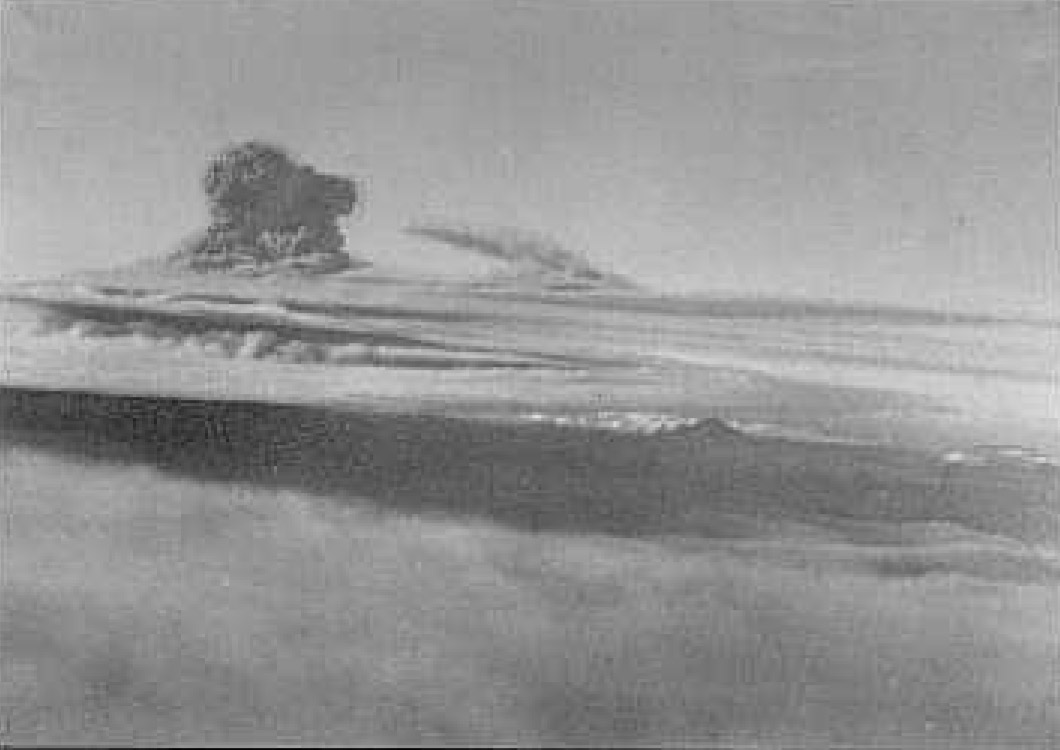 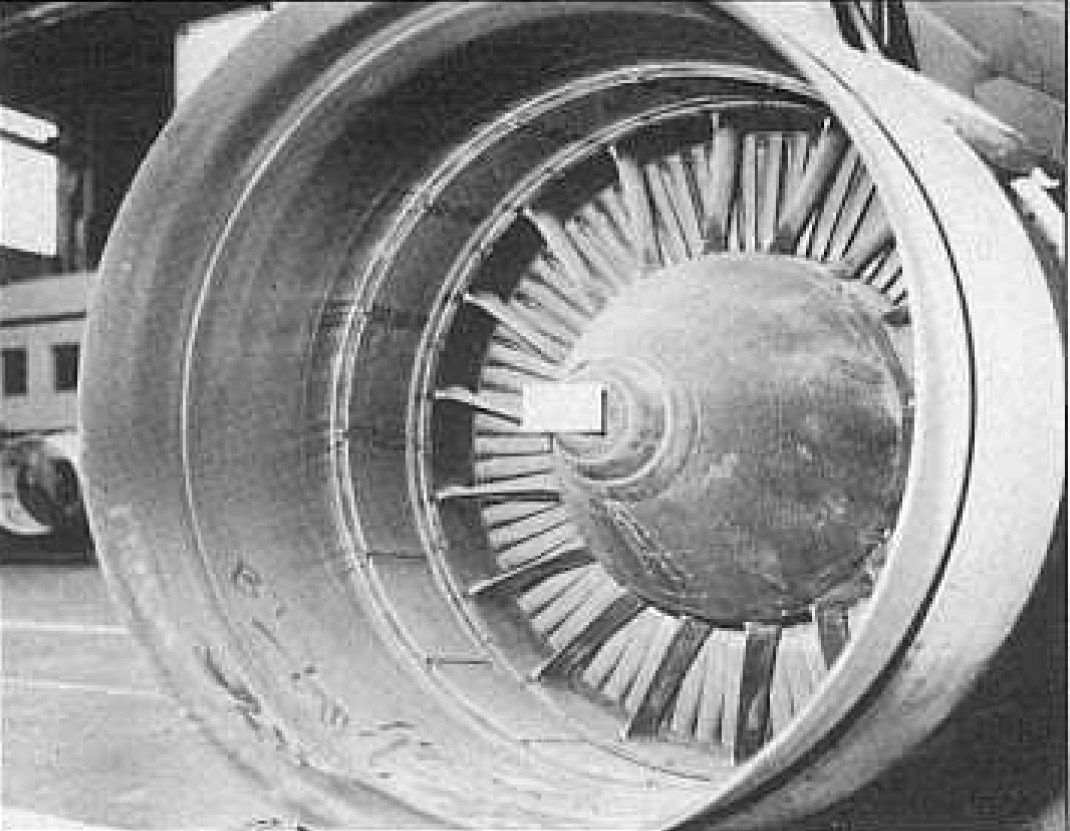 One of the engine intakes after the event, Diamond, p. 15.

What can be learnt from the behaviour of the crew?

Since there wasn't an official accident report, this listing of a cause comes a book written by another British Airways pilot, Captain Stanley Stewart.

On the evening of 24 June, Mount Galunggung, the active volcano situated on the south Java coast 100 miles (160 kilometres) south-east of Jakarta, had erupted violently. Giant plumes of ash and grit had been hurled eight miles (thirteen kilometres) into the air. The explosion had created a vast volcanic storm of thick, hot, sulphurous gases and high electrical activity. No aviation warning was given. North-easterly winds aloft at twenty-five to thirty knots had blown the plume across the path of BA 009 and it had been engulfed in ash. Flying through the hot grit at speed had the effect of sandblasting X-ray Hotel's leading edges and had stripped paint and caused the opaque surface on the windscreens and landing light covers. The dust had penetrated aircraft sensors such as pitot tubes which sense dynamic pressure to measure airspeed. The discrepancy in the airspeeds was the result. The engine nacelles, intakes and fans were shot-blasted and stripped clean. Erosion of the compressor blades had occurred and the ash, which was of a silicate material, had fused in contact with the hot metal of the combustion chambers and turbines. Deposits of fused volcanic ash up to half an inch in diameter were later discovered in all the engine tailpipes. The effect was sufficient to disrupt the airflow and was similar to dampening a blaze with sand. As a result the engines had flamed-out and all power had been lost. At 13,500 ft (4,115 m), X-ray Hotel had broken into clean air and the least damaged engine, number four, had roared into life. Subsequent climb to 15,000 ft (4,570 m) had taken them back into the ash cloud. It was a close escape which might have ended tragically had not the skill, coolness and persistence of the flight crew won the day. But the passengers and crew of BA 009 were lucky, too, for the aircraft only just emerged from the volcanic storm in the nick of time.

Diamond, Jack, Down to a Sunless Sea: The anatomy of an incident, The Log, April 1986