This was a mishap of an aircraft on its road to initial type certification not caused by the pilot at the controls, but by the management of the company pushing performance numbers and the flight test team's lack of integrity when bending to the will of the salesmen even when they knew the end result would be wrong. There is a lot to critique here about management at Gulfstream but I will leave that to you. The NTSB Aircraft Accident Report does a good job of it. 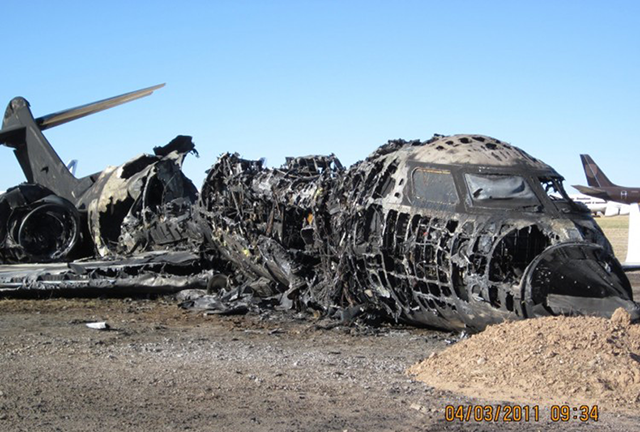 We are here for an aerodynamics lesson about ground-effect-stall and a pilot lesson about decision making and integrity. If you keep within your aircraft's limitations you should never have to be familiar with ground-effect-stall, but it is possible you be impacted during a balked landing. I do cover the topic in greater detail here: How ground effect affects stall angle of attack. The lesson about decision making and integrity boils down to this: you sometimes have to step forward and say no. Doing so can move those doing the asking into reconsidering an unsafe act. And if it doesn't, it gets you out of harm's way.

Oh yes, there is another lesson. If you have ever been asked to perform a functional check flight that borders on becoming a real test flight, consider the minute details and the high level of skill required by this flight test team. Have you been adequately trained? More about this: Functional Check Flights. 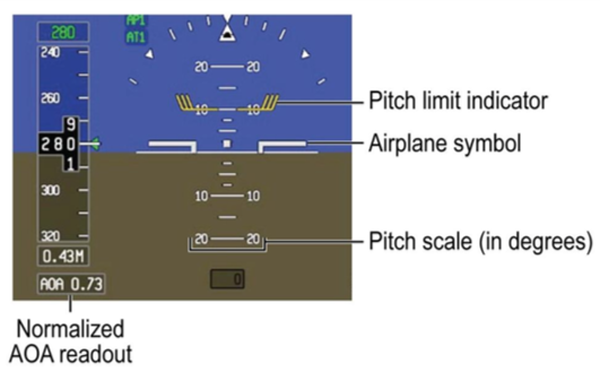 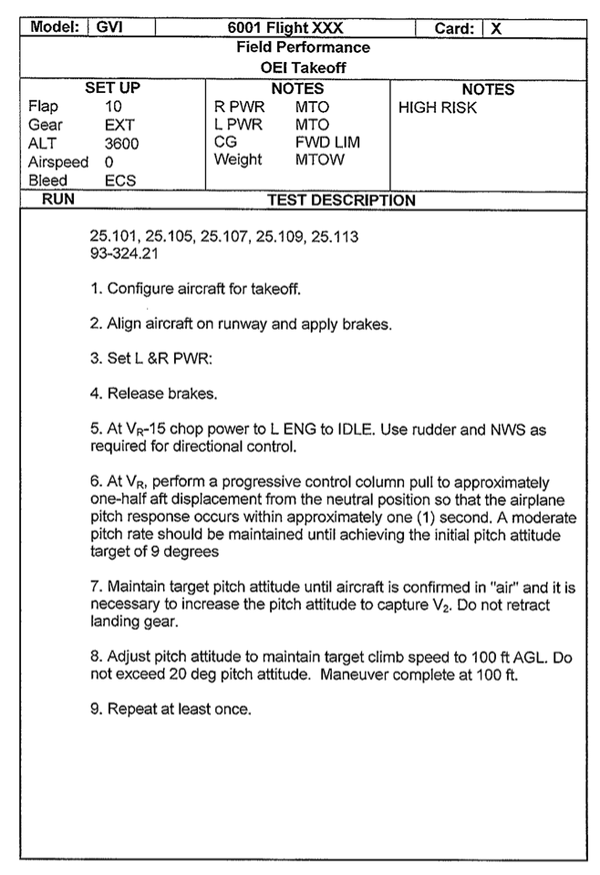 According to test team members, [flight test engineer 1] FTE1 briefed the team members on the day before the accident. During this briefing, FTE1 indicated that the target pitch attitude for continued takeoff tests with the flaps set to 10° (flaps 10) would be reduced from 10° to 9°‚ (± 1°). FTE1 also indicated that they should discontinue a test if pitch reached 11° during the initial takeoff and then decrease pitch and add engine power. Gulfstream's principal engineer for airplane performance (who discussed the change in target pitch with FTE1 at an informal meeting in late March 2011) and [airplane performance group head engineer] APG1 stated that FTE1 made the change in target pitch to be consistent with the procedure for takeoff tests conducted with flaps set to 20° (flaps 20) and ensure that the AOA would remain below the range at which two previous uncommanded roll events (as discussed in section 1.3.2) had occurred.

The takeoff speed schedules to be used by the flight crew consisted of tabulated values for the decision speed (V1), rotation speed (VR), and takeoff safety speed (V2) as a function of flap setting and airplane gross weight; liftoff speed (VLOF) values were included in the speed schedules for one-engine-inoperative (OEI) continued takeoffs. The speed schedules were based on the free-air (out-of-ground-effect) stall speeds of the airplane, as determined by previous flight testing, and the Part 25 takeoff speed requirements.

The back of the test card notes the following under "Preventative Actions / Minimizing Procedures" item 11: "Stick shaker and PLI-intercept are set to maintain an in-ground-effect stall AOA margin of at least one (1) degree."

The wing's induced drag increases out of ground effect because the aerodynamic force is pulled aft and less lift is pointed perpendicular to the relative wind. The wing will require a greater angle of attack to produce the same amount of lift. It also means the stall angle of attack is smaller in ground effect.

More about this: Ground Effect.

The G650 program's takeoff performance guarantee target was 6,000 feet ± 8 percent at standard sea level conditions. Gulfstream indicated that achieving the target V2 speeds was necessary to maintain the takeoff distance within the guaranteed target, or the operation of the airplane would be limited to longer runways. (For the G650, the runway length required for takeoff is minimized if the V2 speed is minimized. Thus, there is a performance advantage to keeping the V2 speed as close as possible to the minimum required.) The test team completed its first OEI continued takeoff test run (7A1), but the airspeed reached 145 knots at 35 feet and exceeded the target V2 value (136 knots) by 9 knots. The OEI continued takeoff (with the same flap configuration) was being repeated during the accident test run to reduce V2 to the target value for that run (135 knots).

Falling short of a 136 knot target V2 by 9 knots is not insignificant. As pilots we strive to get the job done but there comes a time you have to say no. If the planned procedures result in performance that is off by such a wide margin, somebody needed to raise the flag and say the planned numbers were wrong. 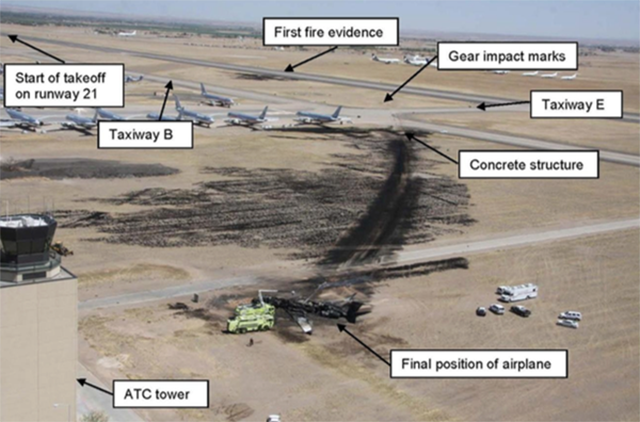 On February 11, 2011, during a meeting to discuss issues from Roswell I field performance testing, the Gulfstream senior vice president of programs, engineering, and test and the Gulfstream vice president of the G650 program (also referred to as the G650 program manager) were informed that the recorded V2 speeds were high. Specifically, the V2 values at 35 feet were consistently higher than the target V2 values planned for Roswell II testing. As a result, the field length needed for takeoff would be longer than the program's takeoff performance guarantee (6,000 feet ± 8 percent). Gulfstream personnel from the flight sciences, flight test, and flight operations departments believed that changes to the takeoff technique could improve these results.

In my opinion, Gulfstream personnel from the flight sciences, flight test, and flight operations departments were causal in this mishap.

This isn't the first time Gulfstream has played these games to meet field performance numbers:

The takeoff performance presented in this section is predicated on employing the following techniques during rotation and climb out following an engine failure. After reaching the target rotation speed, a rapid and aggressive column pull shall be applied. Adjust pitch following liftoff to achieve V2 at the 35 foot height.

The takeoff performance presented in this section is predicated on employing the following techniques during rotation and climb out following an engine failure. After reaching the target rotation speed, a column pull force of approximately 75 pounds should be applied in an aggressive manner (less than 1 second). The following table presents recommended pitch attitudes (q) that should be targeted from liftoff to the 35 foot height. These pitch attitudes should allow the aircraft to accelerate with one engine inoperative to approximately V2 at the 35 foot height. Airspeed control is critical during a continued takeoff with an engine failure, therefore, the pitch attitude should be adjusted as required to capture and maintain V2. Pitch attitudes during a normal takeoff (all engines operating) may be increased to obtain the desired climb out speed and flight path, but should be limited to a maximum of 20 degrees.

These statements do not appear in the earlier GIV and GV manuals, though Gulfstream may have changed that by now. This "rapid and aggressive" (G450) or "aggressive manner (less than 1 second)" (G550) runs contrary to normal practice and basic airmanship, all for the sake of reaching an arbitrary speed after lift off. If you don't have any obstacles, you will be well advised to use a more sane rate of rotation to keep the wing flying. If you do have obstacles, you might want to pad the aircraft flight manual performance numbers. The project test pilot did the program no favors and, if it were not for this mishap, may have backed future G650 pilots into a performance corner. This is so alarming that I have modified my approach to Gulfstream performance data. I add 10% to everything. That may be too conservative, but if their certification team is willing to bend this much to the sales team, I can no longer trust them.

What is a more "sane rate of rotation?" Boeing long ago preached 2 to 3 degrees per second. I've used that ever since. If you do lose an engine, it allows the aircraft to accelerate. If you need to clear an obstacle, once the climb is established you can fine tune V2 to V2 + 10 on your terms. An aggressive rate of rotation risks overshooting V2 and an asymmetric out of ground effect stall, as we shall see with this incident.

The test team found that an abrupt column pull force of about 70 to 75 pounds was the most successful in reducing the magnitude of the V2 overshoot. (The maximum column pull force permitted by FAA regulations was 75 pounds.) The test team also found that, if the flying pilot rotated rapidly (at peak pitch rates between 6.1° and 8.5° per second) to the 9° target pitch attitude and then exceeded 9° shortly afterward, V2 overshoots (and V2 + 10 knot overshoots for all-engines-operating [AEO] takeoffs) could be reduced to within a few knots of the target speeds. The takeoff rotation technique that produced the best results during flight 111 resulted in a V2 speed that was still about 3 knots high. According to Gulfstream's GVI Field Performance Certification Flight Test Plan (revision A, dated October 2010), the required tolerance for the target V2 speed was ± 2 knots. 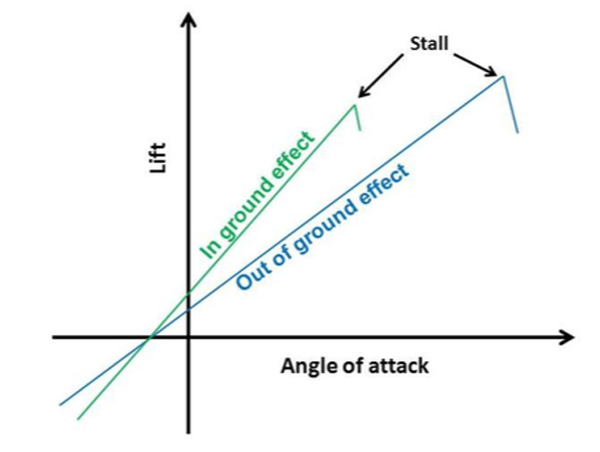 Airplane lift versus angle of attack in and out of ground effect, from NTSB AAR 12/02, figure 5.

Of course this seems to run contrary to an analysis of this mishap. The wing produces more lift at a given angle of attack when in ground effect than when out. But it will stall at a lower angle of attack.

Your VREF is based on OGE stall speed and during a balked landing you should keep an eye on your airspeed to make sure you are above stall speed. But if you are flying in-ground-effect, your stall speed is actually lower. (Remember, you are flying a different, more efficient wing.) For more about how to deal with this, see Ground Effect.

The "without exceptional piloting skill" should have been a primary thought in all those pushing for the abrupt and aggressive rotation technique.

The National Transportation Safety Board determines that the probable cause of this accident was an aerodynamic stall and subsequent uncommanded roll during a one-engine-inoperative takeoff flight test, which were the result of (1) Gulfstream's failure to properly develop and validate takeoff speeds for the flight tests and recognize and correct the takeoff safety speed (V2) error during previous G650 flight tests, (2) the G650 flight test team's persistent and increasingly aggressive attempts to achieve V2 speeds that were erroneously low, and (3) Gulfstream's inadequate investigation of previous G650 uncommanded roll events, which indicated that the company's estimated stall angle of attack while the airplane was in ground effect was too high. Contributing to the accident was Gulfstream's failure to effectively manage the G650 flight test program by pursuing an aggressive program schedule without ensuring that the roles and responsibilities of team members had been appropriately defined and implemented, engineering processes had received sufficient technical planning and oversight, potential hazards had been fully identified, and appropriate risk controls had been implemented and were functioning as intended.

Of course these are all good changes, but one must note that of these actions the only thing that would drive takeoff performance into the 6,000-foot target was the increase in thrust. Had someone on the test team had the integrity to speak up when the V2 performance targets were not met, Gulfstream may have been prompted to seek the thrust solution before losing an airplane and four people. I have heard from those in attendance with the NTSB investigation that Gulfstream was extremely cooperative and genuinely interesting in coming up with a solution. Flying the next generation of Gulfstreams, I've found the information they provide their pilots about this kind of aeronautical engineering is quite good. In fact, it is better than anything I've seen from other manufacturers.