There isn't much to report here. I include it because it is one of only two incidents involving loss of cabin pressure in a corporate aircraft. The other? Here: LR 35A N47BA. 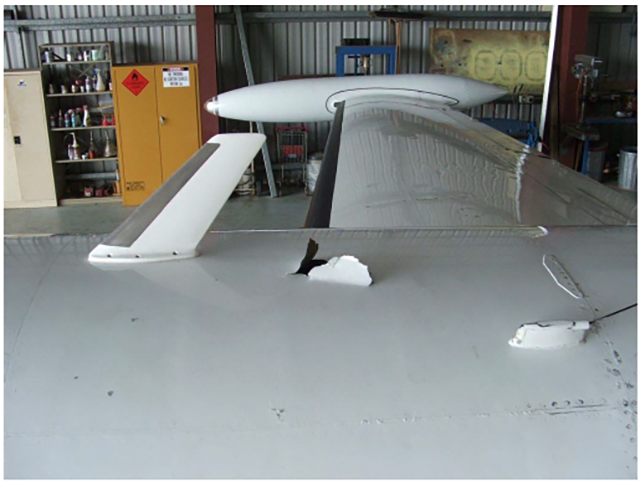 Outside of the damaged fuselage,
from Accident Occurrence Report, Figure 1

At 1814 Central Standard Time on 2 April 2007, an Israel Aircraft Industries 1124, Westwind aircraft, registered VH-AJP, with a crew of two, departed Darwin Airport, NT on a scheduled cargo service to Alice Springs, NT. At 1844, during climb, at 34,000 ft, the crew heard a series of loud bangs followed by a loss in cabin pressure. The crew donned oxygen masks, closed the aircraft outflow valves and conducted an emergency descent to 10,000 ft. The aircraft was returned to Darwin.

An inspection of the aircraft revealed a hole in a top rear fuselage skin panel. The examination revealed that approximately 60% of the panel had been damaged by exfoliation corrosion. The damage was most severe at the primary site of rupture, in the centre of the panel.

The panel was located in an area that was not considered susceptible to corrosion, so there were no detailed inspections required for the area. As a result of this occurrence, the manufacturer has issued a notice to all 1124 Westwind aircraft operators informing them of the event and the corrosion that was found. The operator has carried out an inspection of the area on their entire fleet of 1124 Westwind aircraft. Where corrosion was present, the operator replaced the panel. The operator has also included an inspection of the area in their Corrosion Control Program. 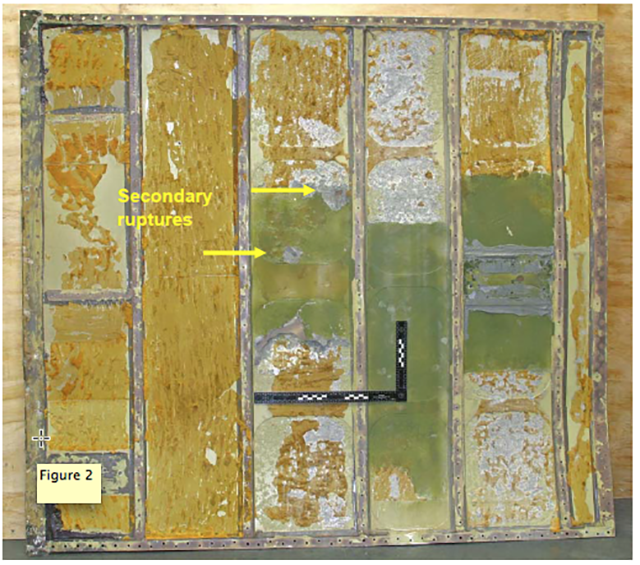