There are two unspoken words in the pilot world: fear and panic. In theory, we have these emotional reactions to stress trained out of us in the simulator. One of the problems with this approach is that in the simulator we know our lives are not on the line and perhaps the fear is reduced accordingly. But there are also cases where simulator performance could have predicted real world performance. This is just such a case. 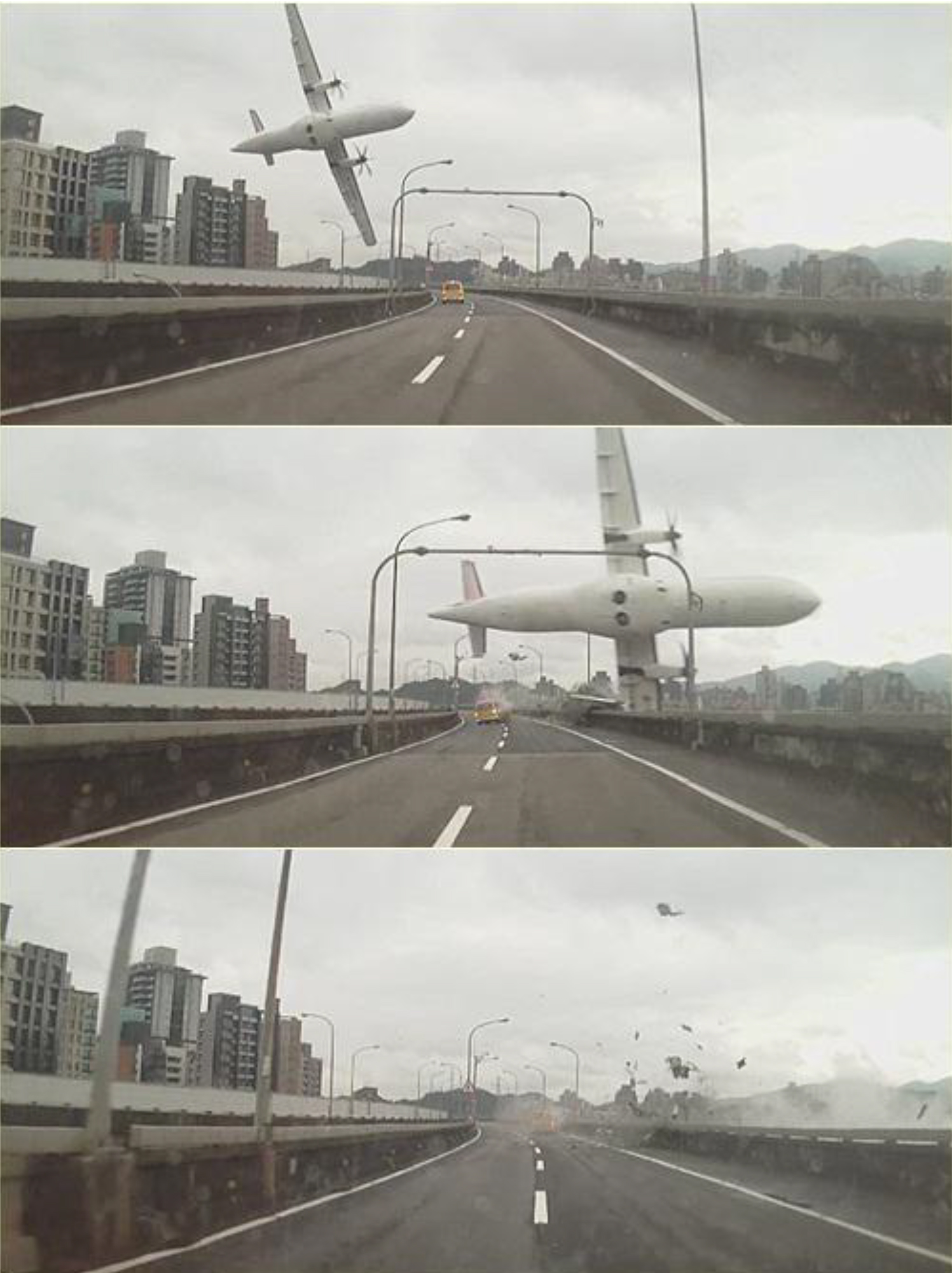 Because this accident was caught by the dash camera of a taxi it captivated the world for a few days: video. It became obvious rather quickly that the captain shut down the wrong engine. Not so obvious was that the pilot in the other seat could have been more assertive. Finally, another lesson learned here is that if we fail to automatically default to standard operating procedures in times of stress, our ad hoc reactions can be fatally wrong.

The captain had everything he needed to ascertain what was going on at this point. The right engine had auto feathered and the warning display told him it was the right engine that had flamed out. He might not have had any adverse yaw indications, since the autopilot was designed to handle just such an occurrence. But he soon gave up that advantage . . .

There were no indications of fire and no real reason to pull back anything given that the auto feather had taken care of that for them. The PM appeared to realize the captain was set on the wrong engine but didn't follow through by checking the PF's actions or noticing the PF's annunciation of "number one" engine. 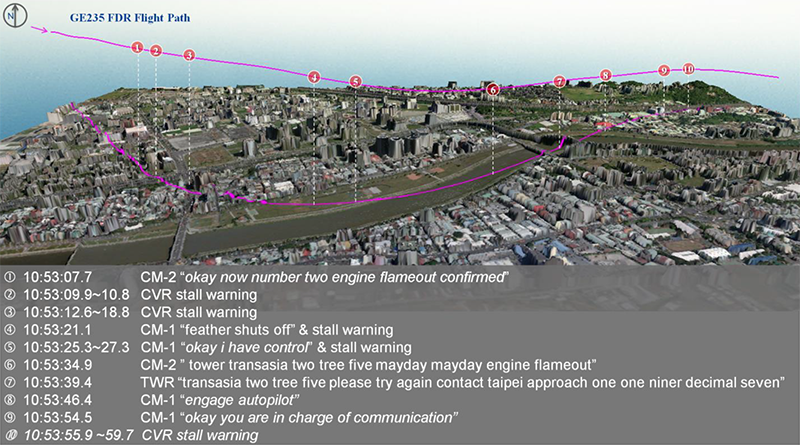 At this point they had no thrust on either engines and presumably no engine-induced yaw. The airplane was still above minimum control speed. 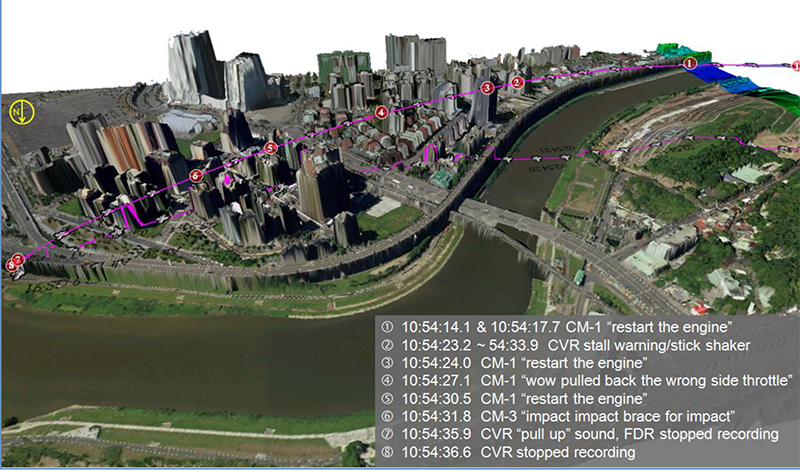 There were two captains in the pilots' seats, Captain A was in the left seat and was the Pilot Flying (PF). Captain B was in the right seat and was the Pilot Monitoring (PM). For the sake of analysis we'll look at Captain A's training history because it has a bearing on what happened during the accident flight. We will not look at Captain B's training history because it was perfectly normal, "no items of concern" as put by the accident report. 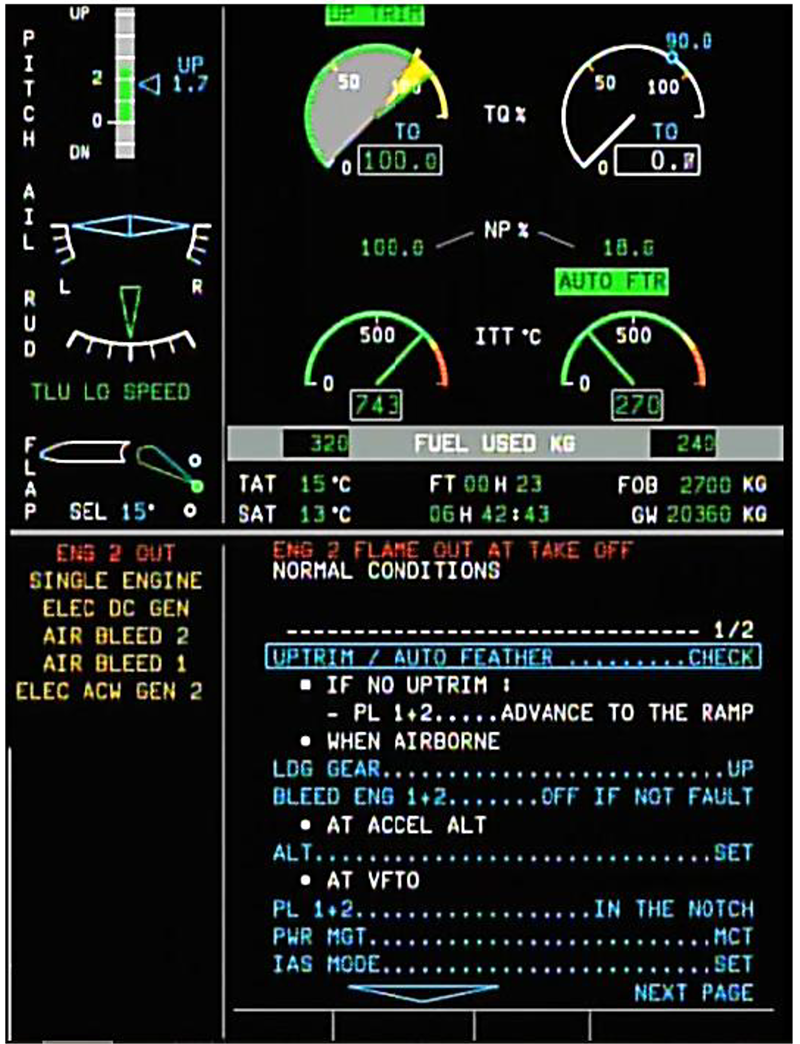 The display is a bit busy and perhaps getting the right information isn't as straight forward as it could be, but the cues should have been apparent: the right engine dials indicated the engine wasn't producing any torque and the two red messages spelled it out: "ENG 2 OUT" and "ENG 2 FLAME OUT AT TAKE OFF".