The NTSB gets this mostly right: an inexperienced captain with weak instrument skills flies an unstable approach requiring he reduce his power to idle while on glide slope, fails to notice his speed, and then suspects the first officer did something to cause the stick shaker to go off. When he finally recognized the need for a stall recovery, he pulls back on the yoke and applies less than full power. The NTSB, however, failed to recognize the industry-wide problem of pilots trained to fight for altitude rather than the imperative to break the stall. 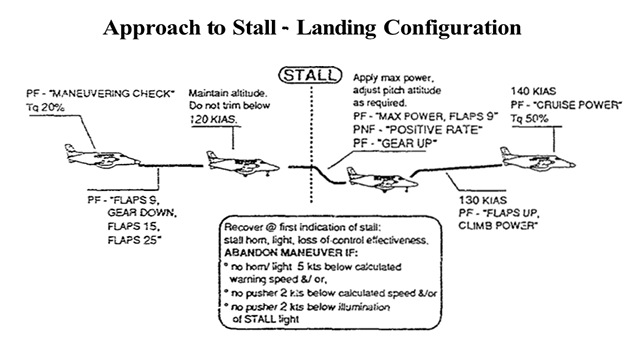 But there is one more factor that I think everyone has missed. The captain was known to rely on the autopilot when flying in actual instrument conditions indicating he may have had a weak instrument crosscheck. He arrived at the glide slope too fast and pulled his engines to flight idle and did not notice his speed falling below his target approach speed. When the stick shaker went off and the autopilot disengaged his brain may have been in a panic and reverted to trying to trouble shoot the autopilot and stick shaker rather than accept the airplane was in a stall. More about this: Panic.

One of the pilots he had flown with noted the captain tended to rely on the autopilot for instrument approaches. Prior to the mishap, most (if not all) of his approaches in this airplane were in visual conditions.

It appears the captain's attention may have been centered on getting the autopilot back. The report speculates that his unfamiliarity with the glass cockpit instruments may have impacted his understanding that his airspeed was critically low.

The National Transportation Safety Board determines the probable cause of this accident to be:

The agreement locked more senior pilots into other aircraft for a minimum period before they could change aircraft, providing opportunity for more junior pilots to fill the captain and first officer positions in the J-4101.