This mishap shocked much of the 14 CFR 121 world in that highly qualified pilots flying a superbly equipped airplane managed to fly their airplane into the ground because of fatigue. 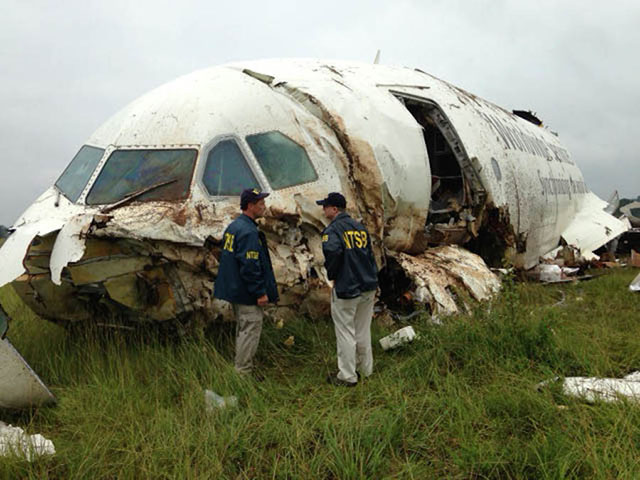 The pilots briefed and programmed their flight management systems to capture and fly a computer generated glide slope on a non-precision approach but failed to notice an FMS discontinuity that prevented the approach from sequencing properly. They ended up with no glideslope and the captain reverted to a "dive and drive" approach. Both pilots spotted the runway early but did not perceive their vertical velocity would end up far short of the runway.

How could such a highly qualified crew do this? As with many of these mishaps, the recommendations are more illuminating than the formally listed causes. Of note:

I would add another, which the NTSB did not comment on. Many aircraft cannot display FMS lateral information when flying a localizer based approach. On aircraft where the switch can be made automatically by the FMS, such as in the PlaneView series Gulfstreams, the FMS must properly sequence for this to happen. Pilots who routinely make the switch on their own can easily overlook that the FMS did not sequence onto the approach. While this usually only becomes important in the event of a missed approach, in this case it could have saved the day by alerting them to the fact their FMS generated glide slope was not available. I believe crews should allow at least the copilot's FMS to perform the switch to raw data as a crosscheck that proper sequencing did occur. (Of course in the PlaneView aircraft you could not have gotten the FMS vertical path with the localizer raw data so the missing vertical path issue isn't applicable, but the problem of a failure to sequence certainly is.)

This is a "best practice" and certainly the smart thing to do.

Some crews routinely switch from FMS approach data to raw data when cleared for a localizer-based approach. This could rob them on valuable back up information. If, in this case, the first officer had left her approach instruments on FMS data, she might have noticed the failure of the approach to sequence. (Note: this may or may not apply to the Airbus 300 and is offered only as a technique for those aircraft where the switch from FMS to raw data can be made automatically.)

We often assume our actions from the left seat are observed and understood by the pilot in the right seat. But that pilot is often busy with other chores, especially during the busy approach and landing phase. For these times, at the very least, all autopilot and flight director programming actions should be verbally called out.

More about this: Call Outs.

The National Transportation Safety Board determines that the probable cause of this accident was the flight crew's continuation of an unstabilized approach and their failure to monitor the aircraft's altitude during the approach, which led to an inadvertent descent below the minimum approach altitude and subsequently into terrain. Contributing to the accident were: