Yes, 14 CFR 91.211 is the most ignored rule in corporate aviation, perhaps all aviation. Some argue the rules are unnecessary because corporate aircraft never suffer pressurization loss, not true. You will always, they insist, have adequate warning. Also not true. I started my aviation life breathing from an oxygen mask, for about a thousand hours. 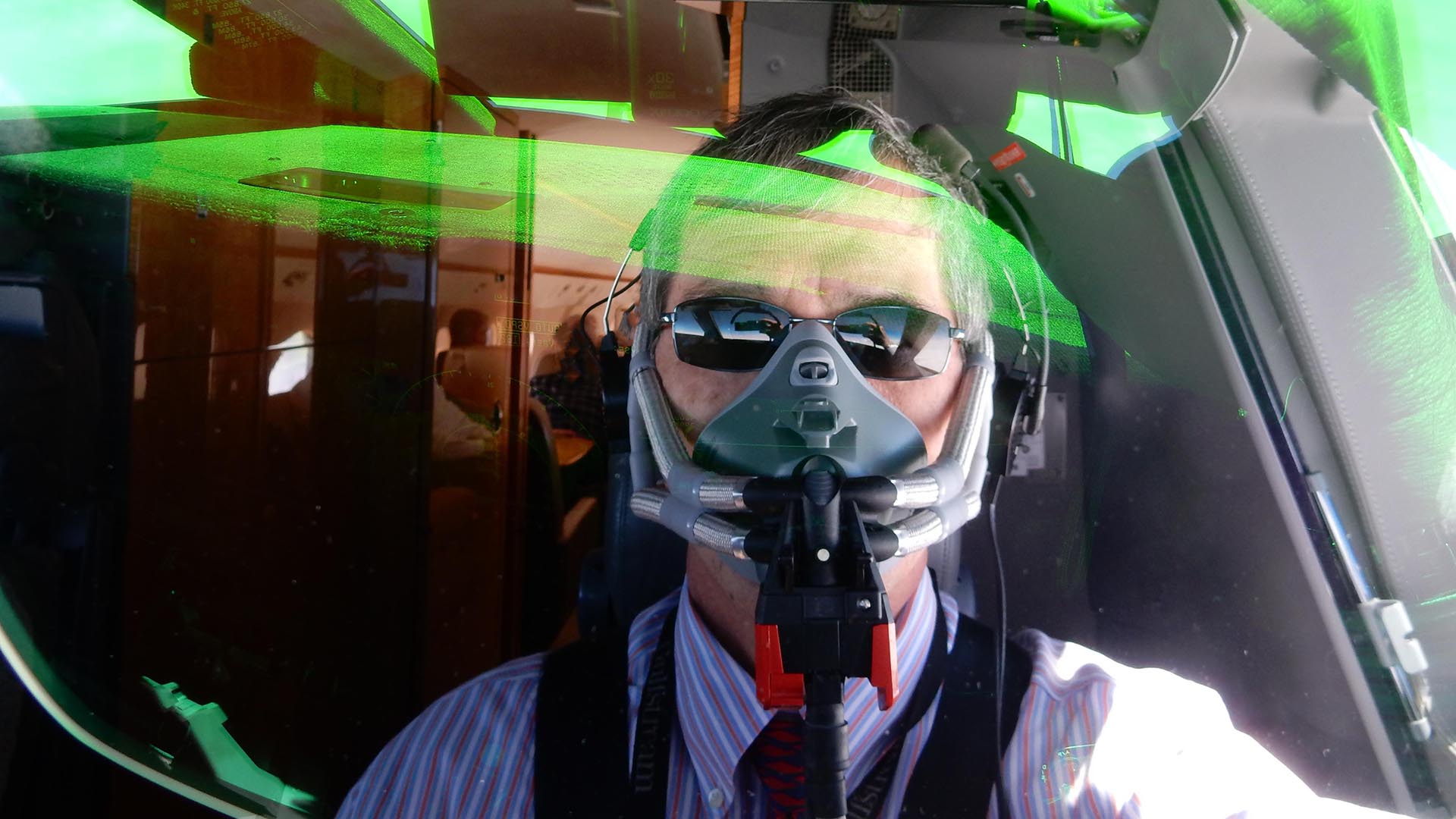 I've followed whatever rules were put in front of me, either 14 CFR 91 or 14 CFR 135, for the most part. But now I'm not so sure. See the Impact of Breathing Pure Oxygen Over Time in case you needed another excuse to ignore oxygen rules.

Ignore? Well, we do wear the mask when one pilot leaves his or her seat. But that's about it.

The debate continues. What follows are the U.S. and international rules from the references below, as well as a look at a few incidents.

5 — The impact of breathing pure oxygen over time

(a) General. No person may operate a civil aircraft of U.S. registry—

(1) At cabin pressure altitudes above 12,500 feet (MSL) up to and including 14,000 feet (MSL) unless the required minimum flight crew is provided with and uses supplemental oxygen for that part of the flight at those altitudes that is of more than 30 minutes duration;

(2) At cabin pressure altitudes above 14,000 feet (MSL) unless the required minimum flight crew is provided with and uses supplemental oxygen during the entire flight time at those altitudes; and

(3) At cabin pressure altitudes above 15,000 feet (MSL) unless each occupant of the aircraft is provided with supplemental oxygen.

(i) At flight altitudes above flight level 250 unless at least a 10-minute supply of supplemental oxygen, in addition to any oxygen required to satisfy paragraph (a) of this section, is available for each occupant of the aircraft for use in the event that a descent is necessitated by loss of cabin pressurization; and

(ii) At flight altitudes above flight level 350 unless one pilot at the controls of the airplane is wearing and using an oxygen mask that is secured and sealed and that either supplies oxygen at all times or automatically supplies oxygen whenever the cabin pressure altitude of the airplane exceeds 14,000 feet (MSL), except that the one pilot need not wear and use an oxygen mask while at or below flight level 410 if there are two pilots at the controls and each pilot has a quick-donning type of oxygen mask that can be placed on the face with one hand from the ready position within 5 seconds, supplying oxygen and properly secured and sealed.

(2) Notwithstanding paragraph (b)(1)(ii) of this section, if for any reason at any time it is necessary for one pilot to leave the controls of the aircraft when operating at flight altitudes above flight level 350, the remaining pilot at the controls shall put on and use an oxygen mask until the other pilot has returned to that crewmember's station.

The easiest way to comply is to don oxygen when one pilot leaves the controls and to flight plan below FL410. When weather or winds dictate a climb above FL 410, pilots should trade off oxygen mask duties every 30 minutes. I know, most of you are saying this is nuts. You might be right, read on . . .

3.4.3.6.1. A flight to be operated at flight altitudes at which the atmospheric pressure in personnel compartments will be less than 700 hPa shall not be commenced unless sufficient stored breathing oxygen is carried to supply:

a) all crew members and 10 per cent of the passengers for any period in excess of 30 minutes that the pressure in compartments occupied by them will be between 700 hPa and 620 hPa; and

b) the crew and passengers for any period that the atmospheric pressure in compartments occupied by them will be less than 620 hPa.

3.4.4.2.1. All flight crew members, when engaged in performing duties essential to the safe operation of an aeroplane in flight, shall use breathing oxygen continuously whenever the circumstances prevail for which its supply has been required in 3.4.3.6.1 or 3.4.3.6.2.

3.4.4.2.2. All flight crew members of pressurized aeroplanes operating above an altitude where the atmospheric pressure is less than 376 hPa shall have available at the flight duty station a quick-donning type of oxygen mask which will readily supply oxygen upon demand.

There is no ICAO requirement to use oxygen under normal circumstances. The altitudes are similar to U.S. requirements:

Combing through the NTSB database, you will find many examples of airlines experiencing fuselage metal fatigue resulting in cabin depressurizations. What about jet corporate aircraft? Just one. Why is that? Aircraft in airline service accumulate thousands of pressurization cycles and flight hours, pushing the limits of metal fatigue. In a typical corporate flight operation you will see only a fraction of cycles and hours.

The impact of breathing pure oxygen over time

There are studies claiming ill effects of breathing pure oxygen over time. Most of these are focused on things like bronchitis but others have documented a narrowing of blood vessels near the brain and heart. None of these studies consider the impacts at the lower atmospheric pressures found in aircraft cabins at altitude.

Another issue to consider is contamination. Any microorganisms in the equipment can cause direct infection. Aviation oxygen is more pure than medical oxygen, but our equipment isn't sterilized or maintained in sterile conditions. In 1984, as the wing's flight safety officer at Hickam Air Force Base in Hawaii, I had to investigate a physiological incident experienced by an F-4 Phantom crew arriving from California. The six-hour long flight involved multiple air refuelings and the entire time breathing pure oxygen. The crew experienced acute headaches, blurry vision, loss of mental sharpness. They were lucky to make it. Investigation revealed minor contamination in the lines from the O2 bottles to the cockpit.

There have been only two documented incidents involving decompression on corporate aircraft:

What does a decompression look like? Just like as it was portrayed in the 1970 movie Airport: "Airport" Decompression Scene. How do I know that? I've seen it: Boeing 707 Depressurization.