As with many of these accidents, the list of problems is pretty long, to include: hiring practices, a captain not adequately monitoring a first officer, and a first officer who apparently was a passenger in the right seat who apparently panicked to the point of shoving the nose down against the captain's efforts until outside visual reference finally convinced him the airplane wasn't in a stall; just to name a few. 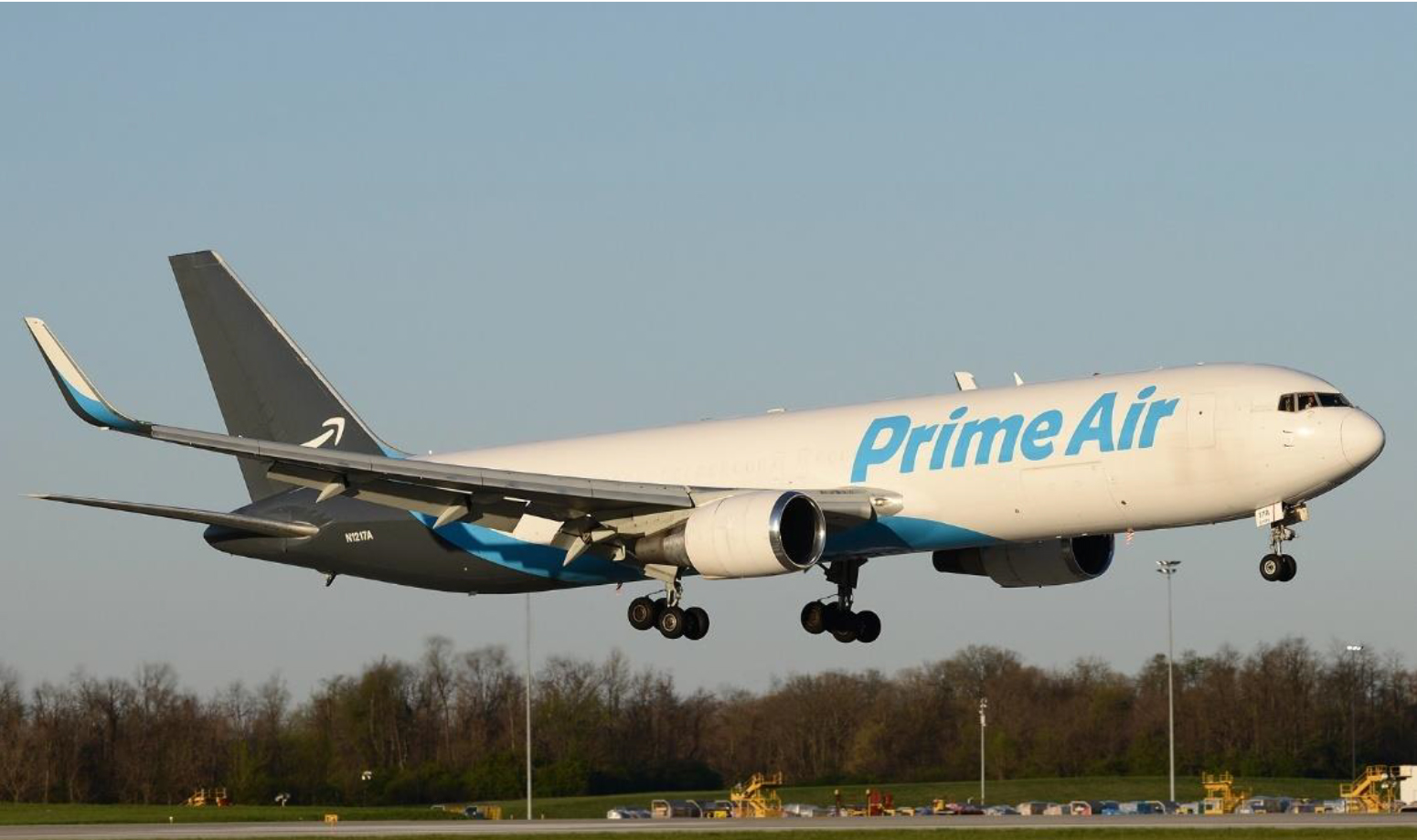 As I am sure anyone who is charged with hiring pilots will tell you, the situation out there is pretty grim. If you are a pilot with a spotty record and get hired to fly something where you end up with more spots on your record, you should ask yourself one important question: is the chance to fly something that often leaves you confused worth the risk of someday dying and taking others with you? 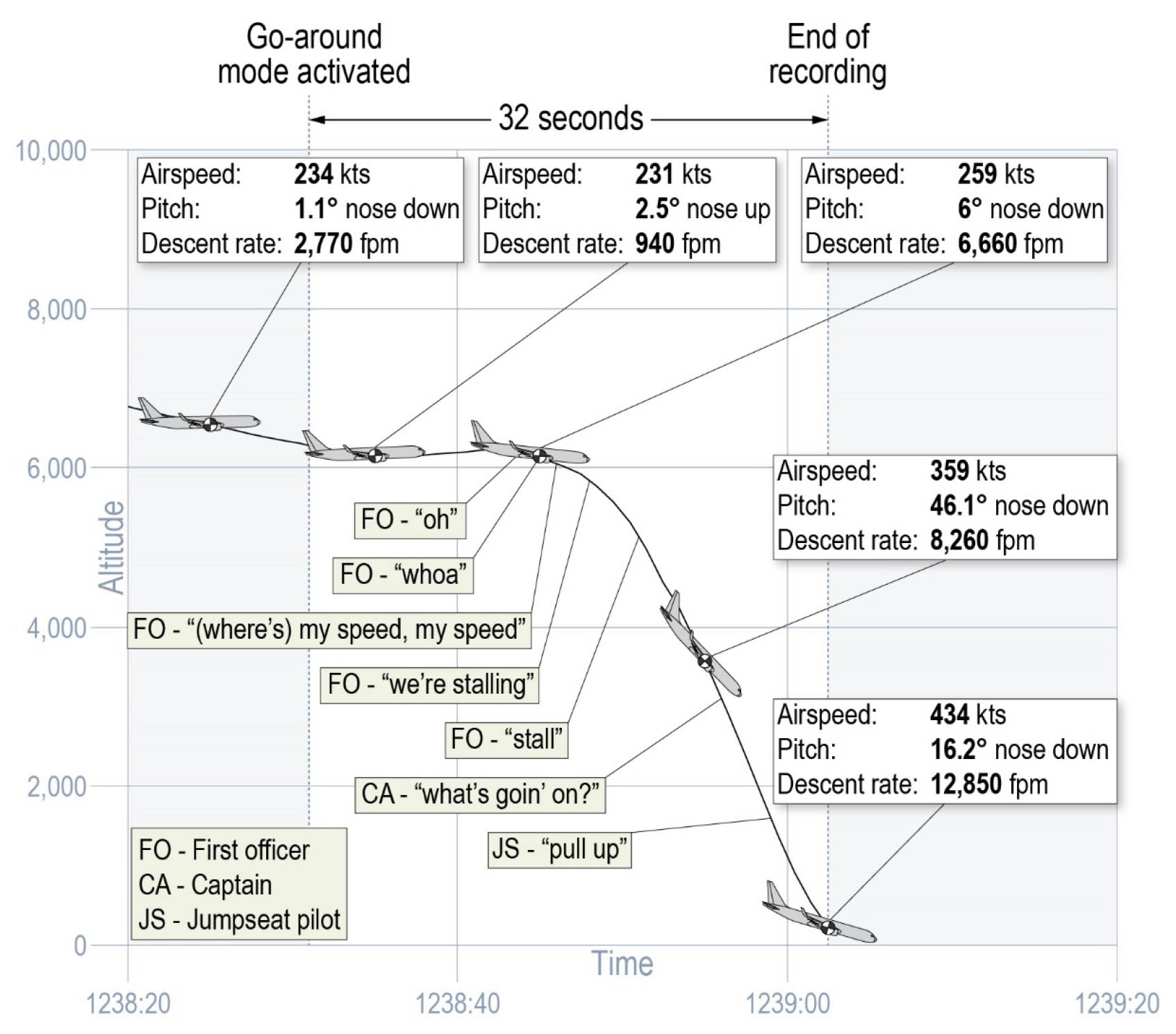 On October 31, 2015, the captain (while an FO) was not recommended for his Boeing 767 type-rating checkride after he allowed the airplane’s airspeed to exceed the specified limitation for the flaps during stall recovery, consistently failed to set the missed approach altitude, and had problems performing missed approach procedures. He satisfactorily completed remedial training the next day, which included speed awareness during recovery from approaches to a stall. On November 2, 2015, he completed his Boeing 767 type-rating checkride, which included an evaluation of a takeoff stall during a turn.

As a result of the October 2015 training failures associated with the captain (as an FO) not being recommended for the type-rating checkride, Atlas placed the captain in the pilot proficiency watch program (PWP) from November 11, 2015, until February 22, 2017. He completed recurrent training for the Boeing 767 on February 25, 2016, which included three stalls (takeoff, landing, and clean configurations), and proficiency checks on May 19, 2016, and September 5, 2016, each of which included one takeoff stall in a turn.

On August 12, 2018, the captain (while an FO) completed Boeing 767 captain-upgrade ground training, which included a 2-hour module on crew resource management (CRM, as required by 14 CFR 121.427) and an 8-hour module on captain leadership. He completed upgrade systems training on August 15, 2018, and was recommended for captain upgrade on August 23, 2018, after completing five upgrade training sessions in the full-flight simulator. He passed a captain proficiency check on August 25, 2018.

The FO completed Atlas basic indoctrination training on July 7, 2017, and Boeing 767 ground school on July 22, 2017. On July 27, 2017, he was not recommended for his Boeing 767 type-rating oral examination due to his need for remedial training in takeoff and landing performance and airplane systems. He completed 4.5 hours of remedial training, which included takeoff and landing performance and aircraft systems, then passed the oral examination on July 29, 2017. The FO was recommended to begin Boeing 767 fixed-base simulator training the next day. After completing five fixed-base simulator training sessions, the FO was not recommended to proceed to full-flight simulator training due to his difficulty in completing normal procedures. The FO received one 4-hour remedial training session then completed fixed-base training on August 8, 2017.

On September 22, 2017, the FO failed his practical Boeing 767 type-rating examination due to unsatisfactory performance in CRM, threat and error management, nonprecision approaches, steep turns, and judgment. During a postaccident interview, the Atlas check airman who was the FO’s examiner said the FO was very nervous, had “very low” situational awareness, overcontrolled the airplane, did not work well with the other pilot, omitted an emergency checklist during an abnormal event, and exceeded a flap speed. The examiner said the FO was not thinking ahead, and, when he realized that he needed to do something, he often did something inappropriate, like push the wrong button. The examiner said the FO’s performance was so poor that he worried that the FO would be unable to “mentally recover” enough to complete the course.

The FO received remedial training on September 25, 2017, and he passed the type-rating checkride the next day. During a postaccident interview, the Atlas instructor who performed the FO’s remedial training (who was not the same person as the checkride examiner) said he thought the FO had a confidence problem and described the remedial training as a “great training session.” The FO was not placed in the PWP.

When the FO applied for a job at Atlas, he did not disclose that he had worked for Air Wisconsin and CommutAir or that he did not complete initial training at either airline. He also did not disclose to Trans States Airlines when he applied for a job there that he had previously worked for and did not complete initial training at Air Wisconsin. Investigative interviews with instructors who evaluated the FO at two of his previous employers provided insight into the FO’s training performance at those airlines.

According to one check airman at Mesa Airlines, the FO could explain things well in the briefing room and performed some expected tasks well in the simulator. However, when presented with something unexpected in the simulator, the FO would get extremely flustered and could not respond appropriately to the situation. She said that when the FO did not know what to do, he became extremely anxious and would start pushing a lot of buttons without thinking about what he was pushing, just to be doing something. She noted that the FO lacked an understanding of how unsafe his actions were, and he could not see why he should not be upgraded to a captain.

Another check airman at Mesa said the FO’s stick and rudder skills were weak, and he also struggled with basic flight management system tasks. This check airman described the FO’s piloting performance as among the worst he had ever seen and noted that the FO tended to have an excuse for each of his poor performances, such as blaming his simulator partner, his instructor, or the hotel. A third check airman at Mesa said that the FO had weak situational awareness, did not realize what was going on with the airplane at times, and had difficulty staying ahead of the airplane. She said the FO was completely unaware that he lacked skills, unwilling to accept feedback, and unhappy with her about his failure to upgrade to captain.

An instructor who taught cockpit procedures on the flight training devices at Air Wisconsin Airlines recalled that during one emergency procedures training scenario, the FO made abrupt control inputs that triggered the stick shaker and overspeed alerts. The instructor said that instead of staying engaged in the scenario and addressing the problem with his training partner, the FO just stopped what he was doing and turned around and looked at the instructor. The instructor found this reaction highly unusual.

According to the Director of HR, in the last year Atlas Air received 1,200 to 1,400 pilot applications, which had declined in the past years from a previous 3,000 applications per year. Since about 2015, Atlas Air had been hiring about 300 pilots each year, and for 2019 Atlas and Southern Air were scheduled to hire about 700 pilots (split about evenly). She stated that in the last 3 years, they had seen a “tough pilot market” with the current pilot shortage.

Go-Around Switches. The airplane’s go-around switches were located on the outboard underside of each thrust lever. Internally, each go-around switch contained a set of three microswitch contacts that provided discrete inputs to various computers for the automated flight system. To activate the go-around mode, a pilot would typically use the thumb of the hand that is holding the thrust levers to push the nearest switch.18 The speedbrake lever was located to the left of the thrust levers (see figure 7). 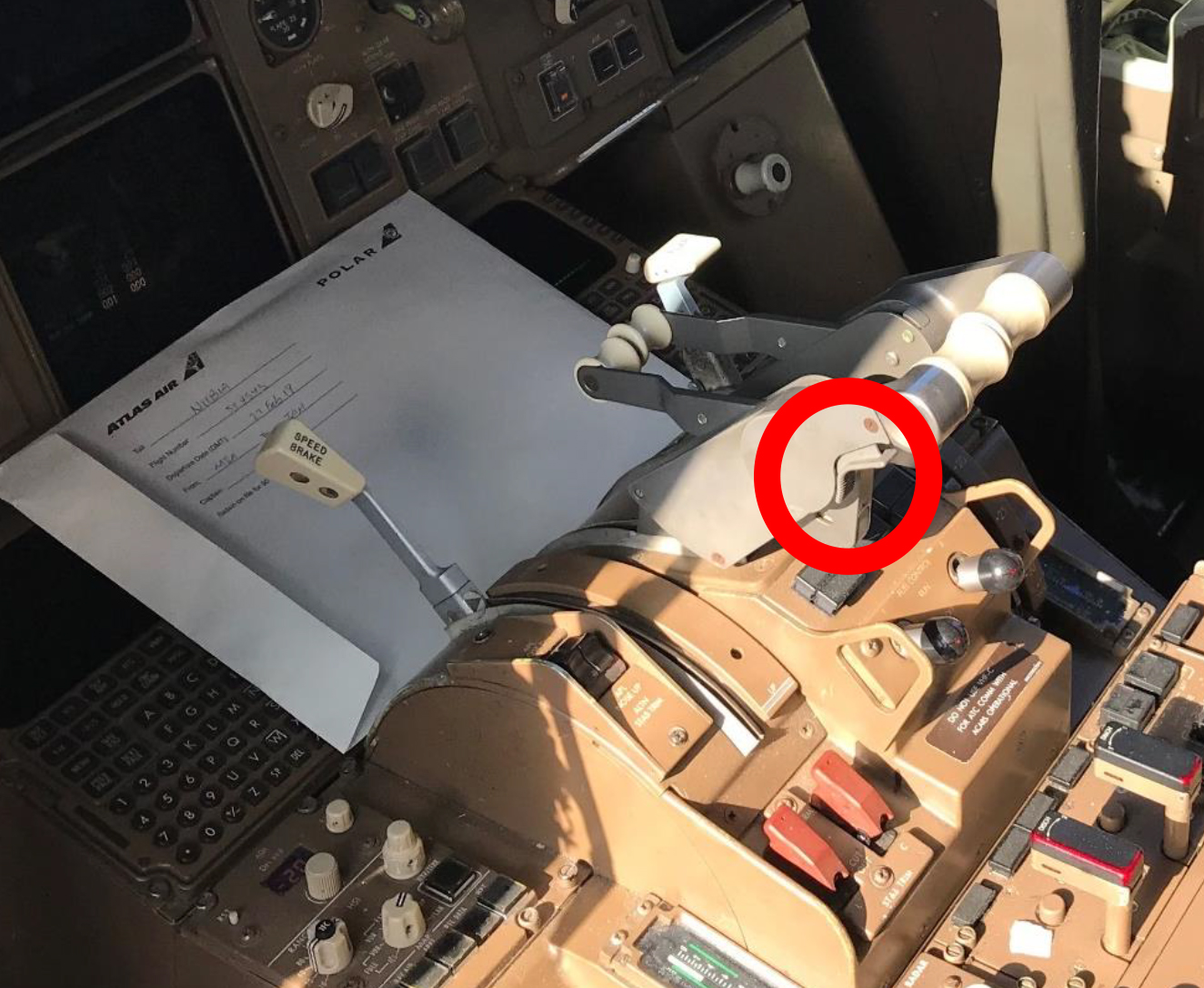 GIF: Gravito-Inertial Force. It is basically your body's sense of gravity which can be the earth's gravity, the translational force your body feels from acceleration, or a combination of the two.

The NTSB determines that the probable cause of this accident was the inappropriate response by the first officer as the pilot flying to an inadvertent activation of the go-around mode, which led to his spatial disorientation and nose-down control inputs that placed the airplane in a steep descent from which the crew did not recover. Contributing to the accident was the captain’s failure to adequately monitor the airplane’s flightpath and assume positive control of the airplane to effectively intervene. Also contributing were systemic deficiencies in the aviation industry’s selection and performance measurement practices, which failed to address the first officer’s aptitude-related deficiencies and maladaptive stress response. Also contributing to the accident was the Federal Aviation Administration’s failure to implement the pilot records database in a sufficiently robust and timely manner.